You are at:Home»Latest»Just one hour away from Copenhagen, the King of Kings

Just one hour away from Copenhagen, it’s amazing the little piece of the Celtic story you’ll come across. Michael1967 made the effort during the week and there will be plenty of Hoops fans who were over in the Danish capital this week who will wish they’d crossed the bridge into Sweden and head over to Helsingborg.

“Henrik Larsson statue just one hour away from Copenhagen in Helsingborg was 100% worth to visit,” Michael stated.

Henrik Larsson statue just one hour away from Copenhagen in Helsingborg was 100% worth to visit pic.twitter.com/c2yuPDIB2J

“How’s his tongue no sticking oot?” someone asked jokingly. While Michael noted that the statue is slightly smaller that the King of Kings himself, although an unlikely explanation was provided: “Henrik was shorter when he modelled for it. His stature has grown and grown since. The king of kings!”

And if you do head to Helsingborg in the summer you might spot the great man himself. “Something you might not know … Henke owns one of them beach houses… He went swimming there every weekend with his family,” advice that Michael appreciated, “thats brilliant, a lovely location and surrounding areas as well.” 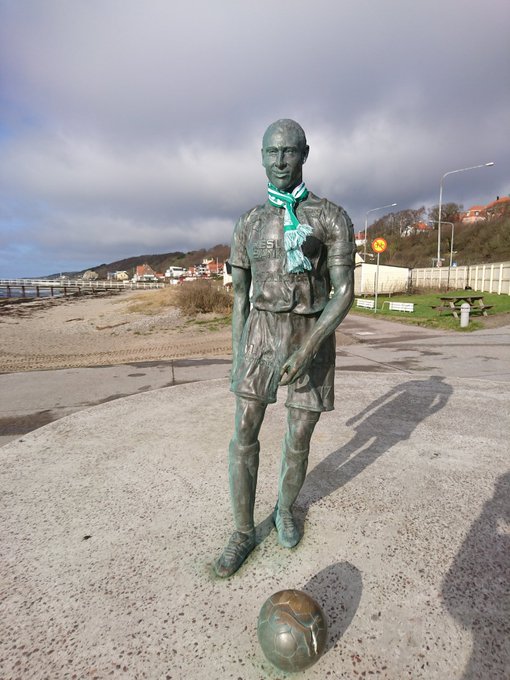 How did he get to Helsingborg for the wondering? “Train to Helsingor and then a short ferry ride to Helsingborg but the other route is a train from Copenhagen via Malmo.” 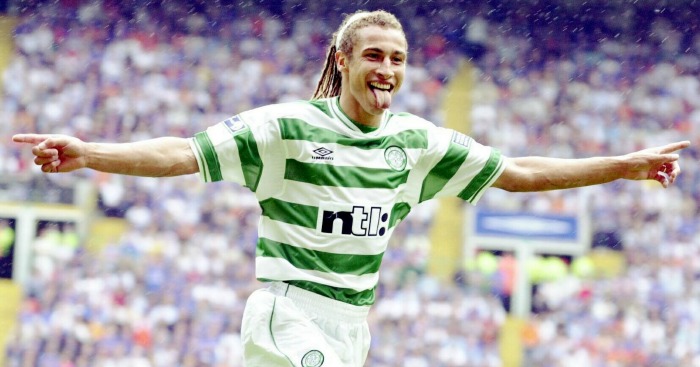 Maybe Celtic should have our own King of Kings statue at Paradise. It could look like this suggestion. “Have him wae dredds running arms out after scoring, showing grace joy, this should be so much better.”

Maybe we should do it folks.

In Lenny We Trust | The Celtic Star https://t.co/J5EzwhLA8f

The Celtic supporter in Lisbon with that famous Jock Stein t-shirt | The Celtic Star https://t.co/m7kzDJl1qQ

Previous Article“It’s not going to be in danger any more – it is Celtic’s title,’ Virgil van Dijk
Next Article Team’s Up – Rogic Returns but No Broony