You are at:Home»Latest»Kenny Dalglish’s Larsson regret as he praises King of Kings

KENNY DALGLISH has paid tribute to Henrik Larsson, whom he managed in 2000 after John Barnes was sacked following an embarrassing defeat to Inverness CT. The Liverpool and Celtic legend became manager with Tommy Burns as his assistant manager and he spoke about Larsson’s career as he tipped the Swede for another managerial job.

In his Sunday Post column, Dalglish praised the King of Kings who is still to this day adored at Celtic Park.

“As a player, we all know he was outstanding. He joined Celtic from Feyenoord in 1997 when Wim Jansen brought him in for £650,000. What a bargain that turned out to be.

“Henrik had a brilliant seven years at Parkhead. He then moved to Barcelona and Manchester United, and that underlined again the quality he possessed.

“He worked hard at his game, and there was no arrogance about him whatsoever. He was a brand-new fella, who just loved the game.” 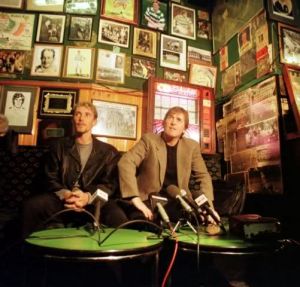 Dalglish didn’t get to manager the Swede properly due to an injury plagued season but the Scot managed to get him back fit for the Parkhead side shortly before the Euros. Larsson broke his leg earlier that season at Lyon, leaving him with pins in his leg.

“When I was at Celtic in 2000, he was coming back from his broken leg and we managed to get him some game time – coming off the bench – in the final match of the season, at home to Dundee United.

“He then went to the Euros with Sweden that summer and that was great for him.”

That season ended with Celtic winning the League Cup under Dalglish but he was not retained as Martin O’Neill was appointed manager. Under MON, Larsson played his best football winning a European golden boot as Celtic began to dominate the Scottish game, with Henke at the forefront of that domination.

Dalglish himself is regretful that the injury in Lyon cost him that season of football meaning that Barnes and Dalglish were unable to stop Rangers winning the league. Although he believes that Larsson would inspire players in the role of manager.

“I wish he had been available that whole season in 1999/2000 but he broke his leg away to Lyon in the October, and that was it.

“Since then, new chapters and stages have been there in life for all of us.

“We’ll see if there is more to come from Henrik, and I hope he gets an opportunity.

“Players will respond to him and learn from him. You then need to hope that they turn that into victories on match day.”