You are at:Home»Latest»Kevin McCarra’s Profile of Jock Stein – The Man with the Minneola
Showing 1 of 2
Next

In 1970 my great-uncle, a kindly man, agreed to start taking me to Celtic matches. He preferred to set off long before the buses became rowdily congested with supporters and usually the turnstiles had still to open when we arrived. There was even an occasion when we beat the manager to his own ground. In consequence, I have a tenacious memory of watching Jock Stein, with the pitching gait imposed by a bad ankle, making his way from the car park to the main door.

Curiously, my recollection of him in the great public moments is much more vague. All the triumphs, when the crowd would at last coax him onto the pitch for an ovation after some trophy-winning game, have merged in my mind. As a 12-year-old the jubilation seemed so inevitable that I would not have been surprised to find Celtic’s clinching of the league championship printed in my pocket diary alongside public holidays and every other dependable event. Stein’s presence was the guarantee. So the mere sight of him going to his work reassured me. A lot of grown-ups shared the feeling.

My beloved husband Kevin McCarra died peacefully last night. I am devastated to have lost him, and lucky to have wonderful memories of our life together. I’m so grateful to our family and friends, and all in the NHS and social care worlds, who supported us in Kevin’s illness. pic.twitter.com/zLOXD7Gv2M

Deepest condolences to the family of journalist and author Kevin McCarra from everyone at Celtic FC #YNWA pic.twitter.com/Mm2bv72DT1

Our heroes are just a spare set of parents and we treat them in exactly the same fashion. At first, they seem beyond reproach but soon enough we decide that they are in fact beyond the pale. Idolatry can only be sustained for as long as our supplies of innocence and ignorance last. In our teens we all get the hang of sneering. With luck, though, it becomes possible, much later, to relish the people we viewed with such distaste. Was it Mark Twain who remarked, upon returning to his family after years away, that he was amazed to discover how much his father had learned? Jostled and harried along by our own lives we find our way back to admiration. It is healthier than hero-worship.

Stein’s record does, of course, deserve reverence. Racking up nine successive league championships with Celtic and winning the European Cup itself is an imposing feat. The real glory, though, lay in the tenor of his team in that period. They had élan, brio, gusto; that quality that can appear as foreign to us as the terms we apply to it. The poet Iain Crichton Smith has said that Hugh MacDiarmid’s poetry and Celtic’s defeat of Inter Milan in 1967 were the two elements of contemporary Scottish life which had wholly impressed him. This remark only appears affected until you try to dispute it. At their peak, Celtic were hungry for the comparison with every other club in the world. Of how many other Scottish institutions could you say as much? 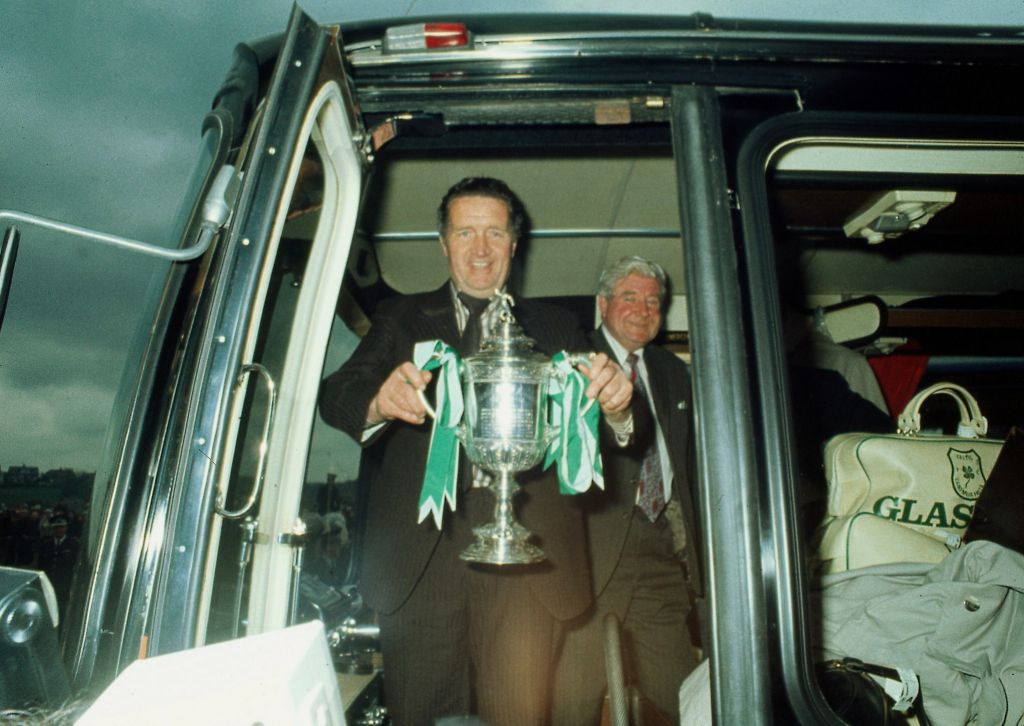 The thrift of Stein’s achievement also appealed to our national character. His great Celtic teams were fashioned almost entirely from players who had cost the club nothing. Following his appointment as manager, in 1965, of a decidedly dishevelled club he organised and inspired a talented but despondent set of footballers. Although Stein had no interest in aping the appearance, lifestyle and attitude of the suave continental coaches, his mind, where the game itself was concerned, was at least as sophisticated. The rudimentary tactics employed before his arrival on the Scottish scene were the result of tradition rather than thought. He, however, while in charge of Celtic’s reserve team at the beginning of his managerial career, was attempting to introduce the 4-2-4 system Brazil had employed shortly before the 1958 World Cup.

If not an innovator, Stein was at least up to date. He had the stamina to keep pace with his curiosity, relentlessly travelling to watch even the most inconsequential match in case there was something to be learned. A tendency to insomnia also allowed plenty of time for reflection. The intelligence was paired with intuition. ‘You need 11 voices for 11 players,’ Willie Knox, then the manager of the potent Auchinleck junior team, once said to me. Stein had that gift of tongues, knowing the perfect words and tone for each individual, whether it be his right-back Jim Craig, a graduate in dentistry, or his well-meaning, self-destructive, maverick winger, Jimmy Johnstone.

Anyone of Stein’s background and ability, however, is always in danger of being engulfed by myth. For those who like a good yarn he was the lad from humble origins who had achieved international fame. Stein’s early employment as a miner ensures that writers are just as besotted with his tale. He had 12 years in that job, working down Bothwell Castle pit, and the occupation was always part of his identity. Ken Gallacher’s engrossing biography, told solely in the words of those who knew Stein, describes his behaviour during a strike in the second world war. He handed over to a union official, Mick McGahey, the couple of pounds he had earned while playing for Albion Rovers on the Saturday because he did not think it right that he should have even that money while his work-mates had nothing. Over 40 years later, Stein was observed cramming somewhat larger sums into the NUM collection can during another strike. 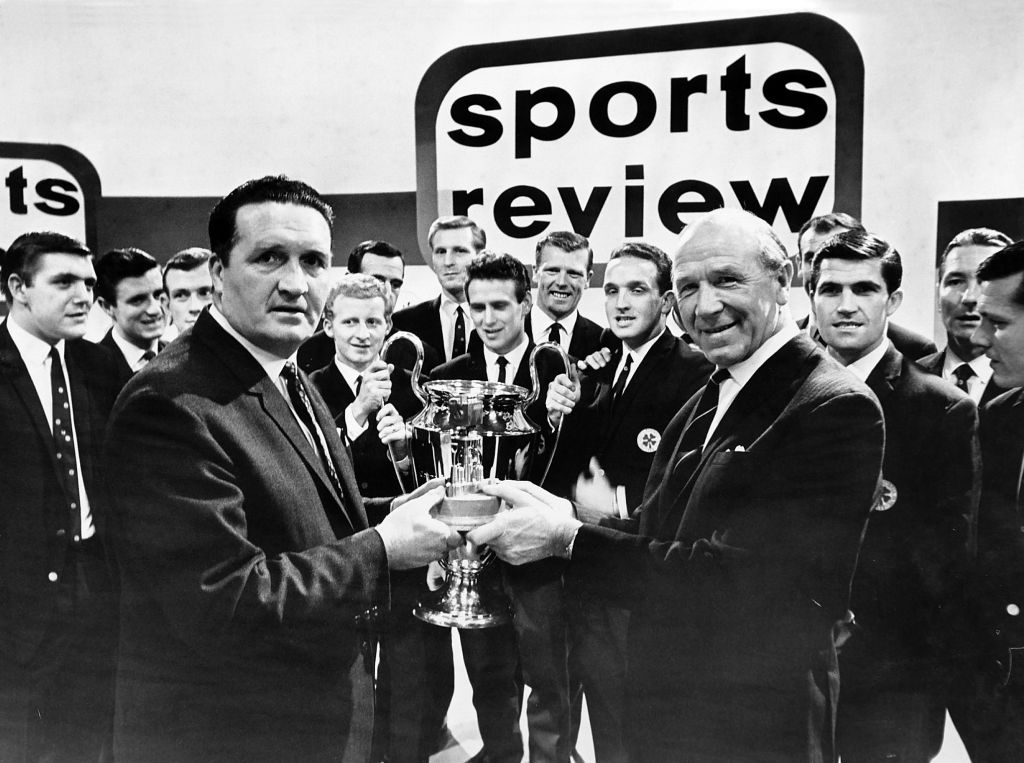 The labour could never have been easily forgotten. Stein, in an era before pithead baths, would come home filthy. His large frame also meant that he was covered in the scratches collected as he inched his way to the seams. Hugh McIlvanney, in an article written for the Observer a few days after Stein’s death in 1985, records his description of life as a miner: ‘There’s nothing as dark as the darkness down a pit, the blackness that closes in on you if your lamp goes out. You’d think you would see some kind of shapes but you can see nothing, nothing but the inside of your head. I think everybody should go down the pit at least once to learn what darkness is.’

Stein was recommending an encounter with the reality of the work. He wanted a proper understanding of its harshness, but I wonder what he would have made of the sentimentality with which the mining industry is viewed now that, in effect, it no longer exists. There is a middle-class yearning to think of miners as noble savages, as if the severity of their lives made some sort of authenticity inevitable. The agonising work, we like to think, must have forced people to make common cause and discover a camaraderie unknown to us in our cosy, shameful offices. This line of thought is dangerous. It leads us to mourn the passing of a barbaric occupation when we should be regretting only the loss of the jobs it created.

Perhaps the sharing of danger and privation did bring out the best in many people. Stein always retained a special regard for miners. It would be a mistake, though, to assume that the pits were filled with muscular socialists who could be depended on to treat their fellow men with open-hearted generosity. No doubt Bothwell Castle in Stein’s time contained its share of flawed, disreputable humanity. Certainly, no-one would mistake Lanarkshire for the New Jerusalem. Sectarianism washed round Stein and his impermeability to it was one of his most appealing features. According to most accounts the dismay in Burnbank never abated that this son of a Protestant family should give his immense talent to a Catholic club.

Ludicrous rumours were devised by men who wished to suggest the utter inappropriateness of Stein’s presence with Celtic. When he returned from Llanelly to sign for them as a player in 1951 it was persistently whispered, for example, that he had a tattoo of King Billy on his chest. Two decades on there was a mischievous player at the club who liked to refer casually to this ‘fact’ when he knew there were gullible fans eavesdropping on the conversation. Celtic will always reflect their origins in the Catholic community but when Stein was manager he came close to removing the sectarianism and making the club accessible to anyone, of whatever faith, who could appreciate thrilling football. It is an oversimplification to believe that he could have achieved so much by being a typical product of the mines. The employment had its effect on his character but the degree to which he differed in attitude from the people in his community was just as important. Power suited Stein. He had a senior civil servant’s gift for cunning and strategy. His famous rages after a provocative incident have been lovingly recorded but those who observed him over the years believe that his emotions were never truly unfettered. The anger would be deployed for a purpose and it could be contained when expedient. 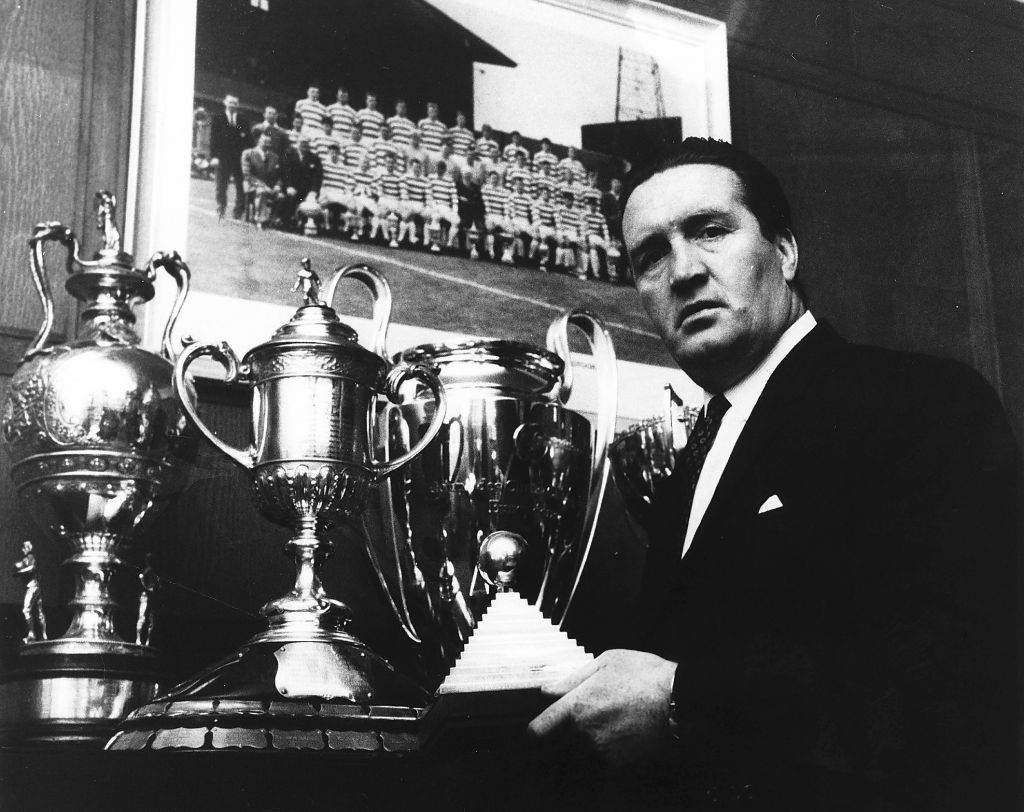 In his autobiography, ‘Action Replays’, Archie Macpherson describes an episode in Switzerland in 1980 when Stein, the late Tommy Younger, then president of the Scottish Football Association, and other SFA officials were having a meal. Younger embarked on a diatribe, which he had clearly been brooding over for some time, denouncing Stein’s record with Scotland and telling him that his predecessors had been sacked for just such lame performances. The manager responded with mildness, suggesting only that it might be better to have a discussion in a more private setting. For Macpherson the episode encapsulated Stein’s loss of vitality in the later part of his life. Perhaps so, but the manager hadn’t always recognised the need for compromise and accommodations. Sean Fallon, his assistant with Celtic, remembers being kicked under the table by Stein at a board meeting because he was about to say something candid and ill-advised.