You are at:Home»Latest»Kieran Tierney in Europa League Fitness Race

KIERAN TIERNEY will be ruled out for games against Airdrie in the Scottish Cup on Saturday and St Mirren in the league next Wednesday and is likely to miss the remaining league matches in January. Indeed he is regarded as a doubt for the matches at the start of February and may have a return targeted for the Europa League match against Valencia on Valentine’s Night – according to media reports this morning.

Tierney has not played since the Europa League Group stages match against Salzburg last month. He did make the bench for the trip to Ibrox on 29 December but was an unused substitute and he had to sit out the training sessions in Dubai last week, instead working with the rehab team. 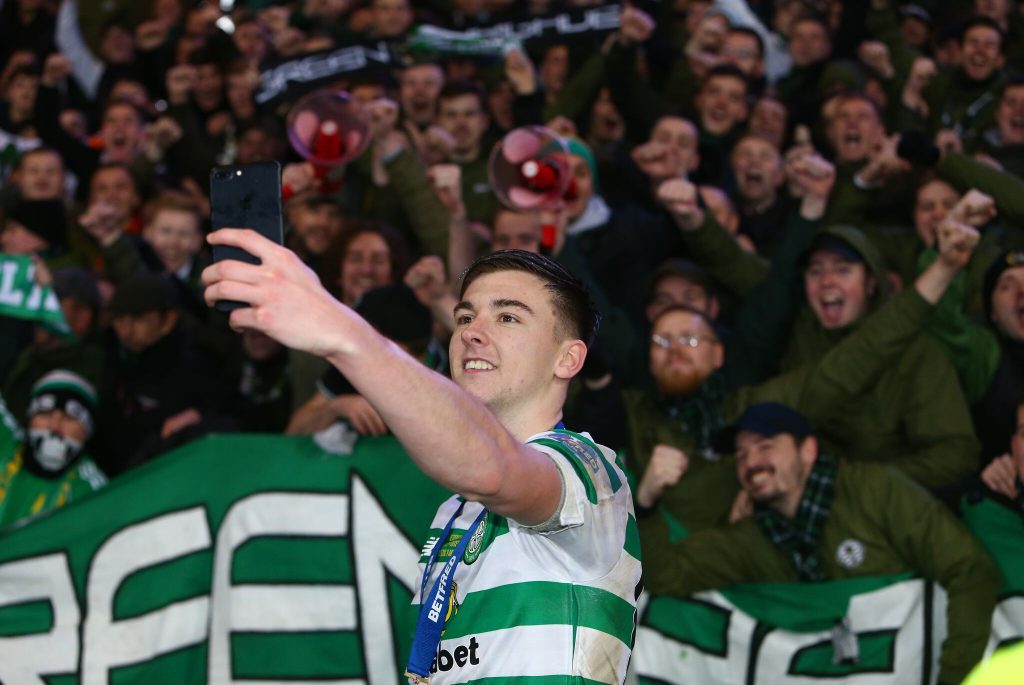 Rumours were rife that he might need an operation on his troublesome hip and if that was the case it would end his season. Brendan Rodgers last week admitted that an operation is a possibility and the Celtic manager will be hoping that his star defender recovers and is fit to face the Spanish side on 14 February.

Meanwhile he has a dilemma regarding who should play at left back with Emilio Izaguirre, Jonny Hayes and Calvin Miller – who was re-called from his season long loan to Dundee – his options.

Izaguirre tends to be impressive in matches at Celtic Park while being exposed a little on away days. Fortunately Celtic have a handful of home games all in a row so the popular Izaguirre could be the manager’s choice.