You are at:Home»Latest»King Kenny Hails Celtic Star Ahead of Copenhagen Return Leg

Kenny Dalglish has hailed Celtic stopper Fraser Forster after the Englishman’s penalty save in Copenhagen. The Celtic and Liverpool legend wrote in his Sunday Post column that Forster has turned into an incredible signing for Celtic since joining on loan from Southampton in August.

“It was yet another brilliant, and important, save from the big Englishman.

“What a signing he has turned out to be.”

The 31-year-old has been a revelation since returning to Celtic making some stunning saves as Neil Lennon’s side have impressed in Europe as well as domestically.
Celtic will surely be hoping to secure his services on a permanent basis in the summer. 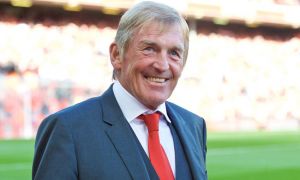 Dalglish also said that he expects Celtic to progress thanks to the home support’s influence as the Scottish Champions look to book their place in the Last 16 of the Europa League.

“The 1-1 draw puts Celtic in a strong position. I expect there will be 60,000 at Parkhead on Thursday night and the backing of the crowd can make all the difference.”

Odsonne Edouard gave Celtic the lead before N’Doye levelled up after halftime to take a draw to Celtic Park on Thursday night. Celtic have confirmed that it is a sellout for the Round of 32 second leg.

Dalglish, meanwhile, will be happy that his two former teams – Celtic and Liverpool – are comfortably clear at the top of their respective leagues.