You are at:Home»Latest»KT plays as Ntcham, Lustig and Hayes named in rumoured starting eleven

KIERAN TIERNEY has passed a fitness test and will start at left back for Celtic today in the Premiership match against the second Rangers. That’s among the whispers we’re hearing this morning.

The now customary Celtic team-sheet leaking continues and this morning the word is that Olivier Ntcham will start and that Jonny Hayes will play wide on the left. And Mikael Lustig is preferred to Jerry Toljan at right back – meaning, if correct, that none of the four loan signings brought in by Rodgers will be in the starting eleven – as we predicted at the start of the week. 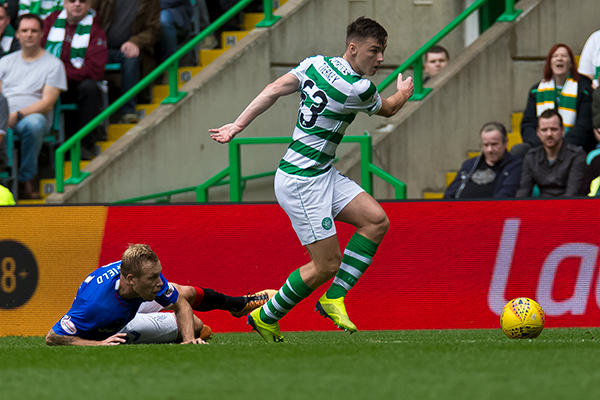 Benkovic is injured again while the other three – Toljan, Timo Weah and Oli Burke are likely to be listed as substitutes. Tom Rogic’s not made it either – which looked likely on Friday when he didn’t train.

The rumoured starting eleven is

Jonny Hayes impressed when he came on at Dens Park and seems to have forced his way into the team. Scotty Sinclair will be disappointed to miss out though but offers great options from the bench alongside Weah and Burke.

Whether this is indeed the team or not what is certain is that whoever plays needs our full backing and that is guaranteed. One plea though, if we’re winning please don’t sing that Cheer Up Stevie G song – it will be used to batter our club and the support over the head all next week.

Oh and looking out the window, it looks like another Beautiful Sunday..