Barely 48 hours has settled since Kyogo Furuhashi worked his magic at Hampden Park to hand Celtic the Scottish League Cup – but in typical fashion, as soon as a Hoops player starts to succeed, they are linked with a move to England. And in this case, Liverpool and Manchester City have been summoned, meaning a deal would be almost nailed on.

Furuhashi returned from injury at the national stadium to silence Hibs fans after the Edinburgh-based side went one goal to the good.

An instant reply from kick-off was followed by one of the better lobbed finishes you may ever see a Celtic player produce to bring silverware to Glasgow under Ange for the first time. 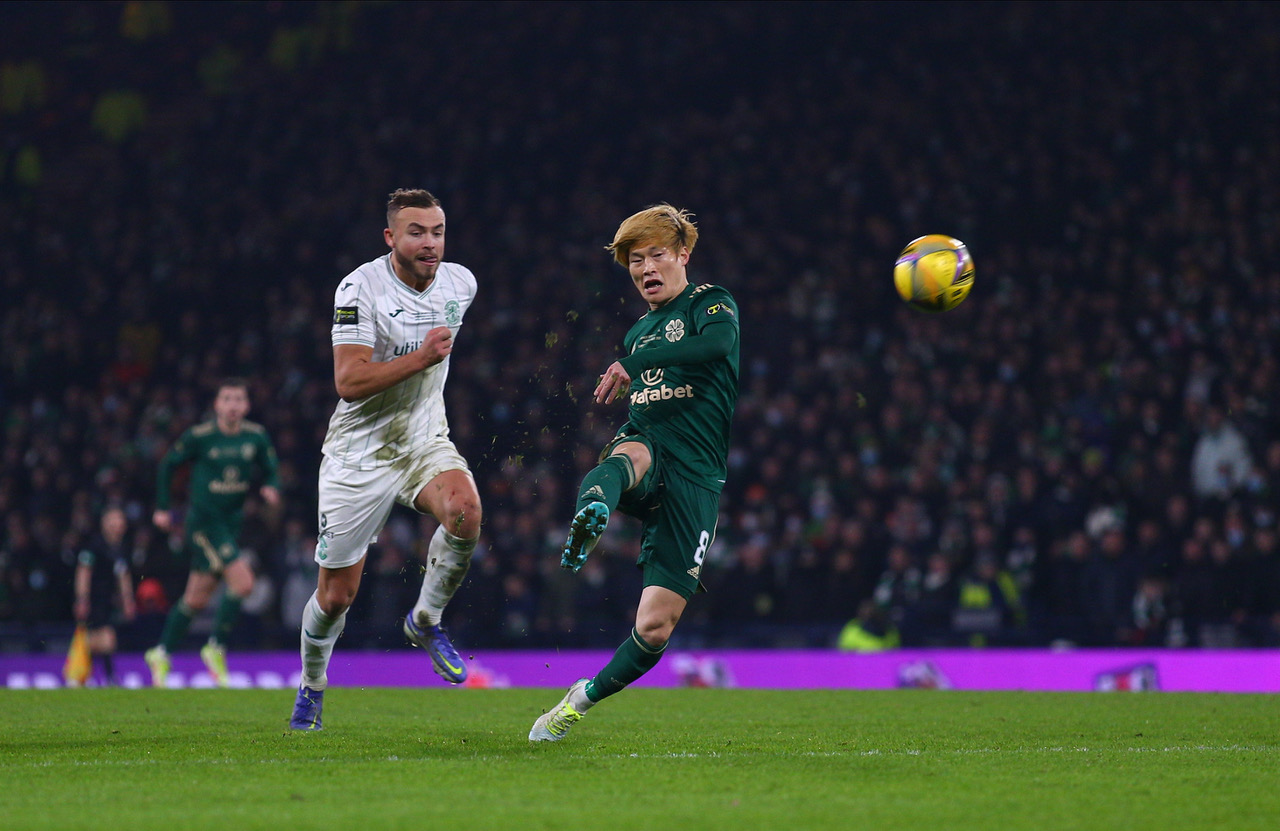 Yet his exploits have already seen pundit Pat Nevin link him with English powerhouses – the last thing the big Aussie would need in his quest to win the title.

“There’s a lot of clubs that will be watching him right this second,” Nevin told Football Scotland.

“I think he’d be best suited for a Liverpool or a Manchester City. He’d work really, really well there. I suspect he would probably have to take a step before he made that one. He would go to one of the other clubs lower down the table, similar to the way Van Dijk did. From Southampton to Liverpool.

“Furuhashi is a player. I used to go on quite a lot about John McGinn and Kieran Tierney. I’ve always felt they were as good as there is in the business.

“Van Dijk was an absolute classic which everyone in Scotland knew about long before everyone else. Furuhashi, if I’m looking at Scotland right now, by a distance is the one teams should be looking at.”

It is yet to be seen how much Celtic would want for him, if anything; fans would surely give backlash to the club if a deal to sell their prized asset was sanctioned just six months after his signing.

One thing is clear – Celtic would need the Japan international to stay fit throughout the season if they are to win anymore silverware. However, with the striker already picked up injuries this season, that may be a big ask – and god forbid it could mean that more silverware slips away from the club.

“I really do think that. He’s not the tallest, but I think if you look in the Premier League and the best teams, do you need to be the tallest?” Nevin continued.

“You need to be somebody that’s got great movement in and around the box. Pacey and an intelligent player.”