Neymar’s behaviour on a football pitch – and off it – is already something most of the football world is more than aware of.

He first game to the notice of the Scottish public after claiming the boo-ing of Scotland fans, due to the players diving antics, was racist abuse – and it’s fair to say his reputation hasn’t got much better over the years. 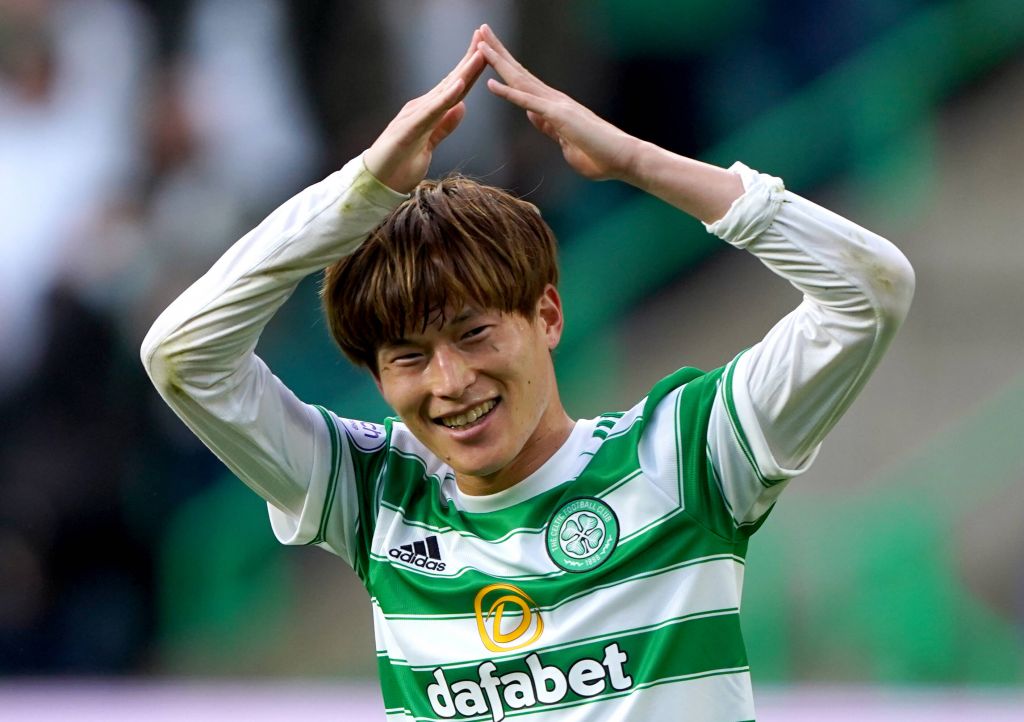 Whilst you can admire Lionel Messi for his artistry with a ball, the likes of Ronaldo and Neymar always seem much harder to admire, mainly due to their personalities on and off the pitch, and Celtic’s Kyogo has now had first-hand experience of the dark arts employed by Neymar after finding himself in a headlock at the hands of the Brazilian superstar.

As reported in the Daily Record Neymar’s teammate Casemiro took the Celtic striker’s breath away when it came to footballing ability, meanwhile Neymar left an altogether different impression on Kyogo.

“Originally, I wasn’t supposed to be marking him at a corner, but there was an extra player and so I went to mark him instead.

“He did it in a way so the referee couldn’t see it. I actually laughed about it later.

“Brazil were very, very good. Casemiro in particular was amazing.

“He was ridiculous in fact, in terms of positioning, passing, and his defensive play. It was actually quite crushing to be on the pitch with someone as good as him.”

Last season Kyogo received close attention from former Hearts defender John Souttar in the penalty area, as Souttar warmed up for will be expected of him in a shirt representing theRangers, but it appears getting up close and personal with Neymar was altogether less expected.

Why that’s the case I don’t know, Neymar has forged a reputation as being a fine footballer, but he’s always had that edge to his game that leaves many feeling cold.

Laughing in the face of the most expensive player in the world, by 18-year-old Anthony Ralston… 😆 pic.twitter.com/83DCx9PUL7

Next season Kyogo and Neymar could well come face to face again, as Celtic and PSG could well be drawn together in this season’s Champions League. But Kyogo can rest easy knowing Neymar won’t push his luck with a headlock again, because there’s a certain Tony Ralston who will have his back – and is no doubt dying for the long overdue opportunity to put the Brazilian upstart back in his place.

I've been back at the writing again, and this time I'm in the East End of Glasgow…

He's one of my favourite players to watch currently so here's a look at Kyogo Furuhashi and what has made him so effective in his first season in Scottish footballhttps://t.co/ZLfojZPfIn

The Suez Crisis, Celtic’s Cup Joy and Wedded Bliss for Willie Fernie and his Bride, Audrey Douglas
“Harry didn’t mind heading up the park and having a skelp at goal,” Kenny Dalglish
“Willie Fernie was a genuine player, and a perfect sportsman,”Tom Campbell
Previous ArticleVideo: ‘Welcome to Celtic’ – Lucy Ashworth Clifford signs from Lewes FC
Next Article Carl Starfelt has last laugh on critics like Tom English and Michael Stewart