You are at:Home»Latest»Kyogo’s raring to go: his first interview as a Celtic player

“I just want to play with my new Celtic teammates as soon as possible. I have confidence I will be a success in Europe. I believe if I play my usual game, I will thrive at Celtic.

Those are the words of Kyogo Furuhashi, who upon playing his last game in Japan, has set sail for the banks of the Clyde.

Furuhashi, who was signed for a fee of just over £4.5million – the second highest selling fee ever for a J-League side – unfortunately won’t partake against FC Midtjylland tonight, as he must quarantine upon arrival from Kobe. However, he has confidence in his teammates to progress, and speaking to The Daily Record, he can’t wait to join them in the first game of the season at Tynecastle on the 31st July.

READ MORE: KYOGO FURUHASHI: HE’S ON HIS WAY TO PARADISE 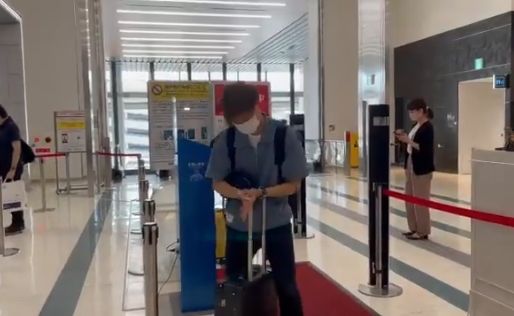 “I hope to play in the opening league game for Celtic. It’s important for me that I establish myself at my new club. Since the transfer was agreed upon, it’s been a busy schedule for me. I didn’t sleep at all the night before this flight because I am too excited. I am going to Scotland to be a success. I want to help Celtic get good results and I want to see the team succeed.”

It’s a very streamlined thought-process and determined mindset from the 5″7 attacker, who leaves as the top scorer in the division at the halfway mark – putting his team into potential qualification for the Asian Champions League as a result. Having been a success story in his home nation, Furuhashi is hoping he can go one better at Celtic and fire them into the prestigious UEFA Champions League – the coveted competition which draws all players to Europe.

“My game is all about goals and assists – it will be the same for me at Celtic as it was at Vissel Kobe. I had a great send-off from the fans at the club. Kobe became my second home. But now it’s all about proving myself in a different culture and country. I can’t wait to get started.”