You are at:Home»Latest»Kyogo’s The King of Japan – That crazy 67 minutes from Celtic Star Furuhashi

What can you say that hasn’t already been said, what superlatives can you throw around that haven’t already been used since a quarter to five last night? Not many at all.

As far as home debuts go the performance of our new Japanese import – Kyogoal Fullahattricks, is that his name? – is surely unparalleled.

Perhaps David Potter would be able to point to someone I can’t recollect from the rich historical archives of Celtic strikers who have managed such a feat but I certainly can’t think of a more impressive and exhilarating debut than that one against Dundee yesterday from our new hero in the Hoops.

It was a crazy 67 minutes from Furuhashi yesterday, not only did his movement and finishing have the support comparing his style to the likes of Henrik Larsson and Jorge Cadette, the performance also boosted the confidence of Kenny Miller sitting watching at home who could point to a hat-trick of misses and draw comparisons with himself – ‘See me and Kyogo, I see similarities’.

It would be no exaggeration to say Kyogo could have had a double hat-trick yesterday, nor would it be a stretch of the imagination to say Celtic could have scored double figures. Dundee is a city this morning that I currently have a great affection for as Dundee allowed us all to experience the joy of six, whilst United had got the best footballing weekend in months off to a great start by handing an overconfident Ibrox side their backside on Saturday lunchtime.

In this summer of staycations, I’m tempted to fit a couple of days in the City of Discovery in exchange for their respective efforts this weekend. In a city famed for its three Js of Jute, Jam and Journalism, perhaps it’s time to add a fourth -Japanese hitmen! 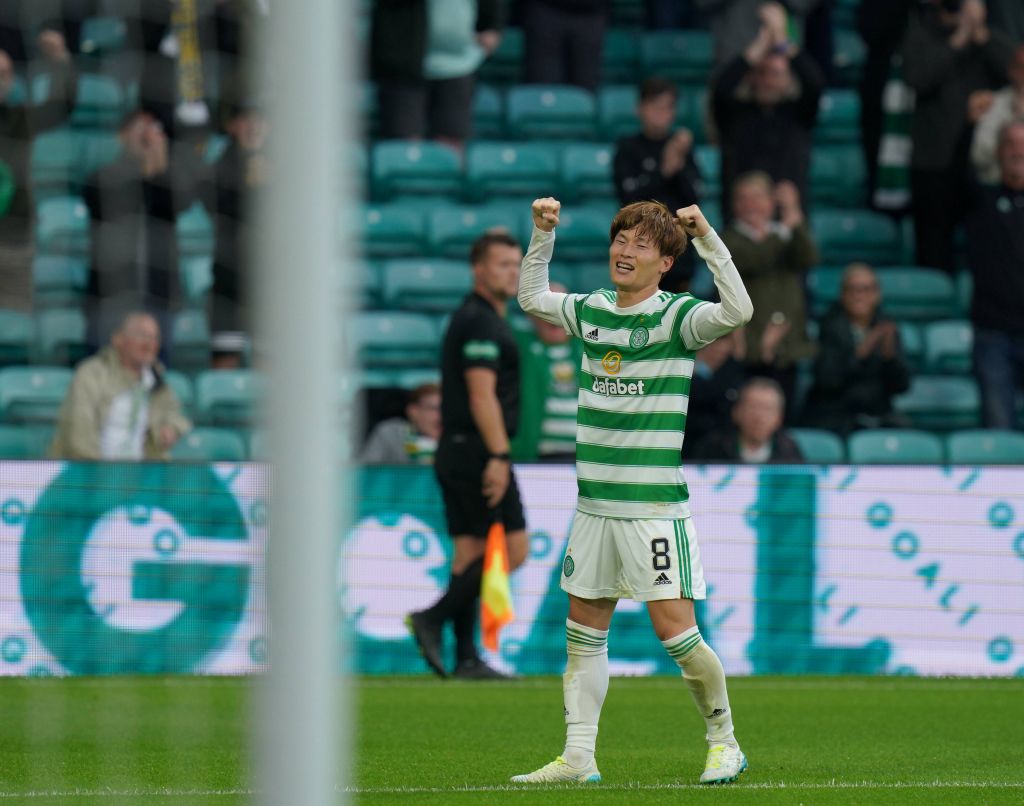 The performance on the pitch was simply breath-taking but it was off it that that Kyogo really started to ingratiate himself to us all. As he was substituted for Odsonne Edouard the hat-trick hero appeared to go round every member of the team and staff, with a series of fist pumps.

When he was subsequently sitting socially distanced, he was then announced as the man of the match over the tannoy. There was no show of ego, quite the opposite in fact. He was beaming from ear to ear, wearing the sort of grin I’m still wearing today too, and he simply applauded everyone else, accompanied by a series of bows and handclaps in every direction including behind him. It certainly gave the impression he was happy to be where he was and it also indicated the respect, he had for all those around him as he showed yesterday was not about him, it was about the team, the staff and a collective. He may not have been part of last season’s living nightmare but he sure looks like he intends being a key part of the on-field revolution and off-field re-connection with the support. 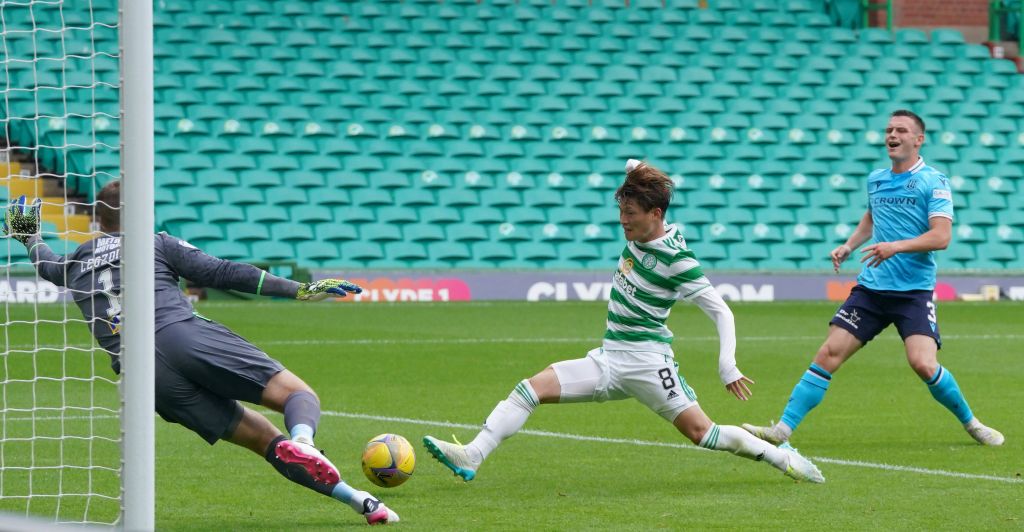 There aren’t too many talismanic strikers playing for top clubs in Europe who don’t exhibit a healthy dose of egotistical arrogance, it tends to go with the territory when you find a good one, but in the case of Furuhashi it appears there is a genuine humbleness to his nature and I for one loved him exhibiting that -almost – as much as his fine performance yesterday.

Kyogo Furuhashi may not speak much English, he’ll speak even less of the local dialect, but somehow, he seems to be able to communicate with his teammates.

Starting the week with a smile! 😁

From the backslapping on the floor celebrations with the impressive Kiel Abada to the post-match hugging of Starfelt and others, Kyogo is getting the message across he wants not only to be a part of everything he also wants to show his appreciation for those around him, those who helped facilitate a dream home debut for Celtic’s new striker and those shoulders he can stand on in the season ahead.

On and off the field yesterday Kyogo Furuhashi was simply a class act. Ange Postecoglou appears to have found us a fantastic striker and a humble man to grace the Hoops. Now that is worth smiling about.

Video: Stunning strike from Reo Hatate restores Celtic lead
Video: 1-0, Kyogo opens the scoring for Celtic
Team’s Up – Welsh and Jenz at the back

Kyogo righly being acclaimed today but there were fine performances all over the field. Christie & Abada caught the eye and hats must surely be doffed to Ralston who shows tremendous character and determination pic.twitter.com/eYurhuAcl8