You are at:Home»Latest»Latest report suggests Celtic are shopping for first team replacement

Celtic appear to be preparing for the inevitable departure of Josip Juranovic, if reports linking the club with Alistair Johnston are to be believed. Earlier this evening, the news broke that Celtic were tracking the Canadian right-sided defender as he played against Belgium in the World Cup.

The Canadians were beaten 1-0 but performed admirably and their talented squad will surely be attracting admirers. According to The Sun, Celtic are looking at a deal for the 24-year-old Johnston in what appears to be a contingency plan for a first-team departure.

Juranovic has been touted with moves away since January, such has been the quality of his performances. The former Legia Warsaw defender has attracted interest from England and Spain and should he have an impressive World Cup campaign, you would expect that teams will strike up talks for the Croatian. 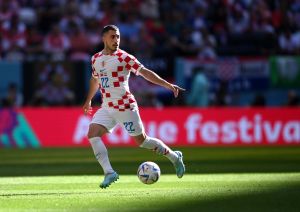 Juranovic has another three-and-a-half years on his deal at Celtic and, you would expect, at least £15m would be needed to prise him away from Glasgow’s East End. Albeit, it is an inevitability that players will be sought after given Ange’s quality of play.

Tony Ralston has deputised to Juranovic but the manager will know that he needs quality and depth in all positions in order to continue the progression of the team. The club will know that to fund progress, the trading model must be respected – even if supporters wish to have the best players retained by the club.

The talk is that prior to the World Cup, Celtic and Juranovic’s reps discussed a new deal but they stalled – they didn’t collapse – with the player instead focusing on his performances for Croatia as opposed to his future. Naturally, Celtic will be keen to maximise the value of their players should they receive an appropriate amount of interest but that the manager will want to keep the nucleus of his team together.

Elsewhere, Celtic signed Yuki Kobayashi on a free transfer as Ange continues building the team in his image. Previously, the manager has indicated that he would like two signings to arrive in January – if the 22-year-old Japanese youngster is the first, it will be interesting to see which position the second player plays in.