You are at:Home»Latest»‘Leaving is not an option,’ says Bitton and reveals Israeli stars applauded Celtic’s Treble

NIR BITTON insists that he plans to stay at Celtic and help Neil Lennon in his quest for a quadruple treble and on towards achieving Ten in a Row.

The Israeli midfielder was out for almost a year with a knee injury but made his comeback towards the end of last season where we was used sparingly. The 27 year old is going into the final year of his contract but has no intention of leaving the Scottish Treble Treble winners and has revealed that he will not speak to other clubs while his Celtic dream continues.

Bitton of course was brought to Glasgow by Neil Lennon during his first term as Celtic manager and for the Israeli, Lenny is a coach he is happy to work under.

“I still have a contract at Celtic so I am staying. I haven’t spoken to any other clubs,” Bitton said to the media as reported in Scottish Sun. 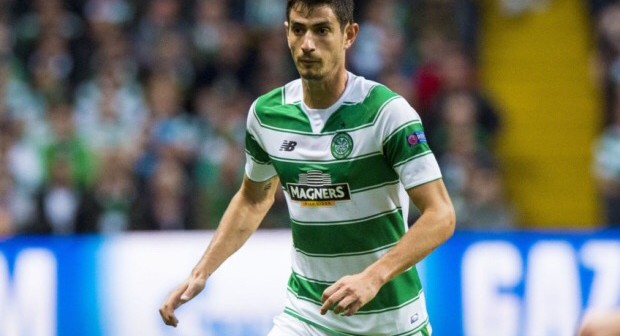 “As long as I am under contract and Celtic believes in me, I will stay.

“I will do everything I can to return the faith and the investment Celtic have made in in me. Leaving is not an option ”

Bitton is now back in the international fold and is currently away with his Israeli teammates as they prepare for their Euro 2020 qualifiers against Latvia and Poland this month. Injury and a row with former national coach Elisha Levy has kept The Celtic man out of the Israeli side for around two years, so he’s glad that all that is now over and done with.

“What happened in the previous campaign is not relevant, I had nothing particularly against Elisha. It was a situation that was blown out of proportion and ended after a conversation between us.

“The current manager, Andreas Herzog has been in contract with me for a long time. Even when I was injured at Celtic, he remained in touch.

“He sees me as a holding midfielder and that’s fine because I have played that position at Celtic too.

“When I arrived at the camp this week, he and the players applauded me because of the treble I had just won at Celtic, so that was a nice touch too!

“He gives me plenty of confidence and I want to reward him by helping to get six points against Latvia and Poland,” Bitton said.