You are at:Home»Latest»Legend’s DIY Warning for Hoops: “Celtic can’t rely on anyone doing them a favour”

Kenny Dalglish has told Celtic that they must win at Ibrox on Saturday of they are to keep their chances of winning Ten-in-a-Row alive. Yet it doesn’t take King Kenny to tell the Celtic players this harsh reality, they will already know it themselves as they look to get the Dundee Utd game at Celtic Park on Wednesday afternoon (3pm kick-off folks) out of the way with the three points necessary to allow them to go to Ibrox with title winning aspirations still a realistic possibility.

Celtic just need to keep on winning and they will also know that they’ll also have to deal with the curious decision making of Scottish referees – like that elbow smash by Alfredo Morelos up at Tannadice in the early stages of a tough match that was only deemed to be a yellow card, or Willie Collum deceasing against awarding two stonewallers yesterday against Hibs in another narrow win for theRangers. That’s Collum, who was the subject of an official Ibrox complaint after he sent off one of their players at St Mirren with them suggesting he had ‘baggage’ – and was therefore somehow anti-Rangers. They never clarified exactly what they meant by this but Collum certainly got the message and theRangers got their rewards yesterday. 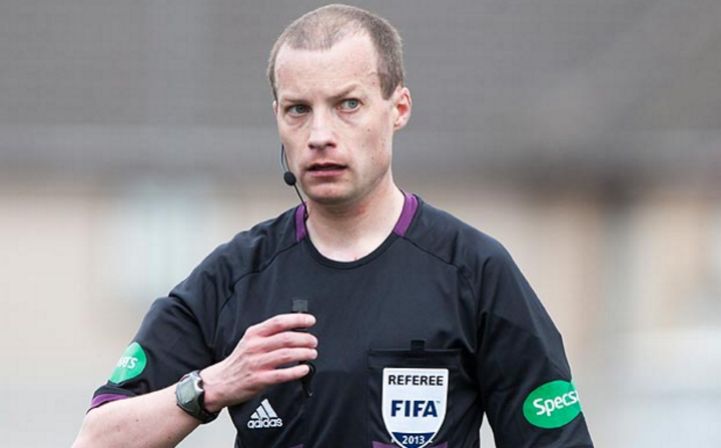 Collum was the subject of a written complaint to the SFA re his background and denied Hibs two penalties at Ibrox yesterday.

Meanwhile they will have no such worries when the former Ibrox season ticket holder Bobby Madden has the whistle on Saturday. Clearly not a single chance is being taken to allow Celtic back into this title race. We are going to have to blow them away so that the referee can’t influence the outcome. Anyone thinking differently hasn’t been paying attention.

Dalglish admits that Steven Gerrard would have bitten your hand off back in August to be in the position theRangers find themselves in at the moment, but points out that it is NOT over.

“They are not over the line. They have a lot of hard work ahead,” Dalglish stated in his column in Sunday Post, adding, “if they can emerge victorious next weekend, then they will have taken a huge step towards their first title…”

And as far as Celtic are concerned King Kenny reckons that they must treat this Glasgow Derby like another Cup Final. He also pointed out just how remarkable an achievement Celtic’s Quadruple Treble really is and we should never get tired of pointing this out and appreciating it ourselves.

“To win 12 domestic trophies on the trot is one helluva achievement. To dominate Scottish football for four seasons is quite incredible,” Dalglish noted. “But now it’s all about the next trophy, and another Premiership title is what Neil, the players and the fans all want.” 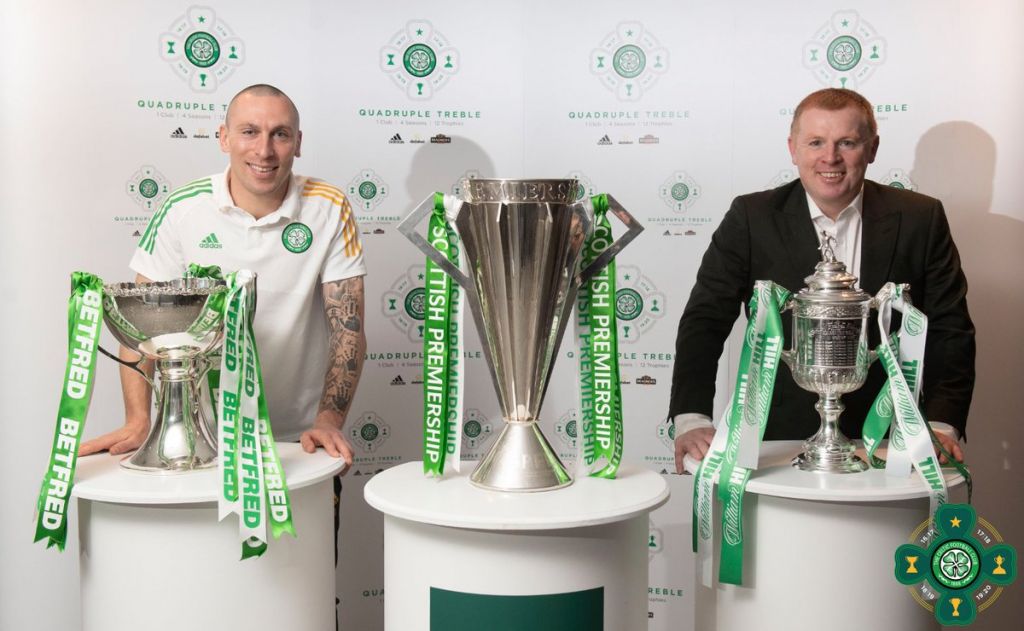 And to get there and win a Tenth Consecutive title Dalglish has some advice for his old club on what they have to sort out. “To get that, they must start by being meaner in defence, and not give away so many avoidable goals. They need to be tighter and harder to break down.

“The Celtic rearguard can look vulnerable when they are defending set-pieces in their own box. Conversely, they are a huge threat when they are attacking corner-kicks in the opposition area.

“For example, you see the goals Shane Duffy has scored with his head, and the likes of Christopher Julien also chipping in on the goals for column. Yet, for all their height and presence, they also concede too many at their end. It’s baffling,” Dalglish added.

As for the outcome on 2 January: “I would imagine most people will have (the)Rangers down as favourites to get the three points, but Celtic will not shy away from the challenge.

“Neil Lennon will not be scared in any shape or form by travelling across the city for a huge game. He needs his players to have the same mentality as him.

“I’m sure Scott Brown will start this game, just as he did in the Cup Final last week, where he led by example. David Turnbull also looks like a lad who is growing in confidence and stature. He really looks the part in a Celtic jersey. He has the movement and ability to hurt Rangers.”

Dalglish also pointed out that Celtic will have to do it all on their own as they will not be able to rely on any other side helping out. King Kenny observed. And with refereeing decisions like Willie Collum’s yesterday he seems on the money with that one.

Previous ArticleChris Sutton: “My dad Mike sadly passed away yesterday. He was a great sportsman, teacher, husband, dad and grandad. He was my hero and I will miss him so much”
Next Article Injury Update: Christopher Jullien Set For Dundee United Return