You are at:Home»Latest»Leigh Griffiths sends defiant message to critics regarding Celtic future

There has been a lot of speculation regarding the Celtic future of Leigh Griffiths since the arrival of Patryk Klimala. The Scot has struggled to find the back of the net consistently for the past few seasons with injuries and personal issues derailing his career. This season he has managed to score just 4 goals and is clearly not someone that Neil Lennon can rely on anymore.

As a result, the Hoops were almost forced to go out and activate Klimala’s €4-million release clause in order to bring him to Parkhead. And on Saturday the fans got a first glimpse at the 21-year-old as he came on as a late substitute. But they also witnessed a possible return to form for Griffiths, who found the back of the net once and came close a number of other times in a brilliant performance. 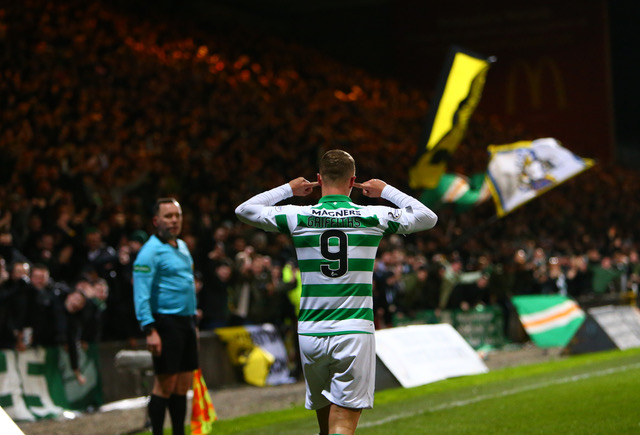 As reported by Sportsmole, speaking after the game, Griffiths said:

“There are a lot of pundits and ex-pros who think my time at Celtic is finished and the only way I can shut them up is by scoring goals and playing well.

“My time at Celtic is far from finished, believe me and hopefully this is just the start of a good run.”

The Polish striker’s arrival seems to have lit a fire under Griffiths that has been missing for some time now. He put a brilliant performance against Partick Thistle and Celtic fans will be hoping that this is just a sign of things to come in the future.

💬 CM: "It was good in spells. There's a wee bit of rustiness there from the winter break." pic.twitter.com/V3Npq8cOUt