You are at:Home»Latest»Lennon Outlines Transfer Plans as Celts Seek Next Edouard

Fresh from confirming his plans to review Fraser Forster’s situation when his loan runs out in the summer, Neil Lennon has outlined his plans in the January transfer window, whereby he looks to bring some more quality in – as reported in The Scottish Sun.

The manager, who won his first League Cup as Celtic Manager on Sunday as Celtic beat Rangers 1-0 at Ibrox, wants quality players like Odsonne Edouard to be brought in and hopes that he is given similar funds to that used to sign French Eddy. 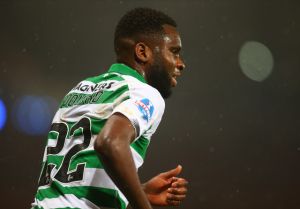 Edouard signed from PSG initially on loan before sealing a £9m move in the summer of 2018 but his performances have justified that outlay.

“Odsonne was a bit of a slow burner in his first year on loan.

“He’s got quality and class and it’s turned out to be money well spent and that will give the board something to think about!”

Sunday’s match winner, Christopher Jullien was another financial outlay that came good as the big Frenchman has become an integral part of the Celtic team. 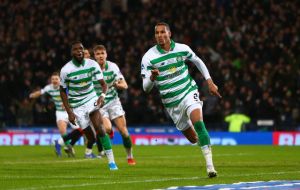 Regardless of how the SPFL Premiership table looks, the gaffer has confirmed that there will be some incomings and outgoings as the club look to strengthen ahead of Last 32 round in Europe and a push for a Quadruple Treble.

“No matter what the gap is, we will look to strengthen.

“We may look at letting a couple of players go on loan.

“We are thinking of that at the minute, allied to the volume of games.”

A number of fringe players and youngsters could be offered the chance to go out on loan for game time, while Celtic will no-doubt sign a new striker as Odsonne Edouard remains the only credible option up front for the Scottish Champions. Leigh Griffiths’ unreliability and Bayo’s fitness concerns have meant the workload on the Frenchman has been immense.