You are at:Home»Latest»Lennon ready for tough trip to Rugby Park

NEIL LENNON has said that he is expecting a tough game tomorrow when Celtic travel to Rugby Park to face Kilmarnock. On the back on Celtic’s 5-1 opening weekend win over Hamilton Accies at an eerily quiet Paradise, the Scottish Champions face a trip to Ayrshire on Matchday Two. 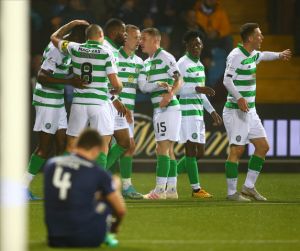 Speaking to the Official Celtic website, Lennon acknowledges that trip to Kilmarnock is always a tough one to make. The manager wants his players to be focused on the game ahead, even if the conditions can be quite difficult to navigate. As the sun shines on Scotland today, it is likely that the Killie ground staff will avoid watering the park to make it even trickier to move the ball tomorrow afternoon.

“We’ll have to adapt accordingly to the conditions, it’s good to have a week to prepare for it, so we’ll get a bit of rest, and come midweek, we’ll be really focused again on what we need to do.

“We had a good result at Rugby Park back in January, we played really well, we had to, and I think this game will be no different again. We’ll focus our minds, we’ll play to the conditions, and will handle the opposition as we need to.” 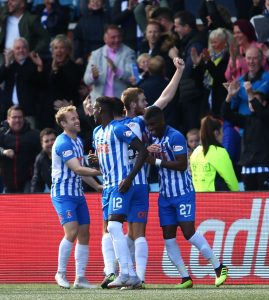 Under Steve Clarke, whom employed current manager Alex Dyer as Assistant, Killie masterminded two wins in three against Celtic. The unforgiving artificial surface has caused the Champions some discomfort and hopefully there will be no struggles tomorrow.

“I thought Kilmarnock were unfortunate to lose the game. They had a lot of possession against Hibs. We know that Rugby Park as a venue is a difficult place to go, really difficult.

“Alex is a very good coach. He’s got that foundation that Steve Clarke built up, even if Angelo Alessio was there between them. They’re a team I respect, they’ve got solid players and tactically they’re difficult to break down.”

Celtic’s last trip to Rugby Park culminated in a 3-1 win with goals from Odsonne Edouard, Leigh Griffiths and Christopher Jullien. The French duo are likely to start whilst Griffiths is not expected to be a part of the match day squad.