You are at:Home»Latest»Lenny’s Aeroplane FACTORY

THE video of Neil Lennon re-creating his aeroplane celebrations in an Edinburgh pub this evening is doing the rounds on social media and has been picked up by all the papers.

Lenny was encouraged to do it all over again this evening in the capital’s Three Sisters bar. The highlights of the remarkable 5-5 draw was being shown on the big screens in the bar and everyone seemed to enjoy the Hibs manager’s re-enactment of the antics which have got him into trouble again with the SFA.

Jamie Maclaren netted a 93rd minute goal to level score at 5 all and it also shut up the sectarian chanting from the away support, which was being directed as usual at the Irish Catholic manager the Rangers bigots love to hate.

Lennon is planning to highlight the sustained sectarian abuse he was suffering as a plea in mitigation for his ‘offence’ – which really just involved entering the field of play to celebrate a dramatic equaliser.

Meanwhile the Rangers support were up arms and full of indignation at the banner that was displayed by the Hibs ultras section during the match.

Aberdeen supporters at Celtic Park received a round of applause from the home support for their chant ‘We hate Rangers more than you,” and both sets of supporters united to chant and dance to Zombie Nation.

Talking of United, we’ll not be going to Tannadice next season in the league anyway after Livingston won the play-off 4-3 on aggregate. This result – specifically the failure of ‘Dundee Hibs’ as they are called on the Rangers forums, was the cause of great joy and celebration among their hordes. There is clearly no love lost between those two sets of supporters.

So that’s us, Hibs, Aberdeen, Dundee United – no wonder they sing “No-one likes us.”

We are all Neil Lennon. 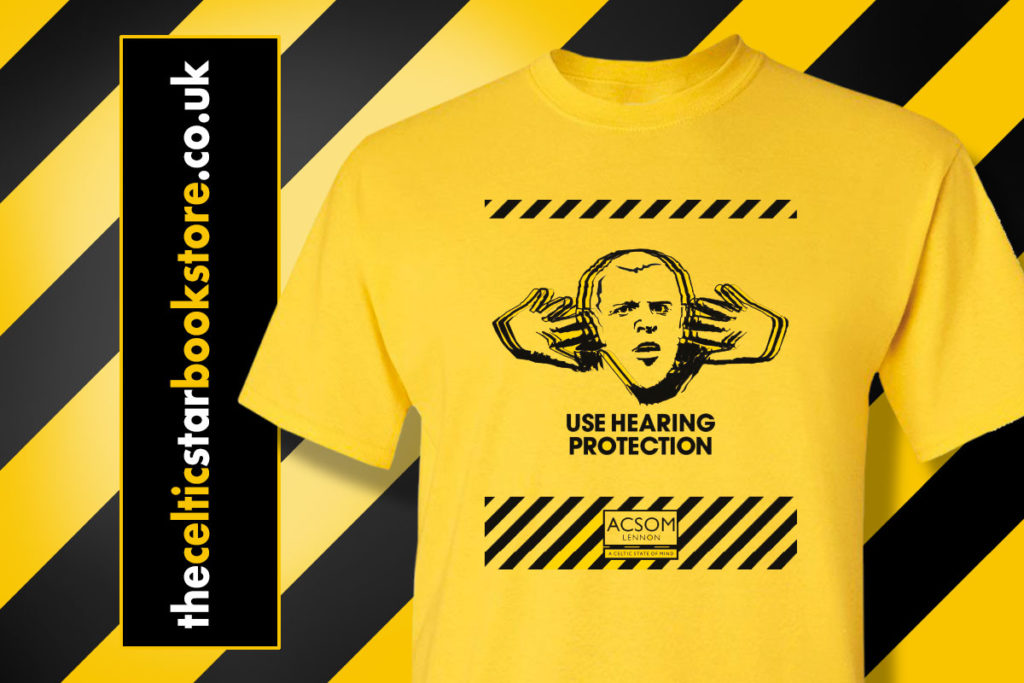