You are at:Home»Latest»Lenny’s Manchester Raid has International Consequences

Neil Lennon’s double raid on Manchester’s big two is set to have International consequences after both Lee O’Connor and Jeremie Frimpong look set to represent their respective nations.

Lee O’Connor is set to make his full Ireland debut, despite the fact he hasn’t yet featured for Celtic since arriving from Manchester United in the summer. Meanwhile Frimpong, an acquisition from Manchester City, has been rewarded with a Netherlands U20s call-up.

The 18-year-old right-back has enjoyed a recent run in the Celtic team and will be part of the Dutch U20s squad to face the Czech Republic. 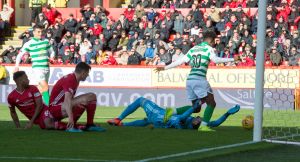 Meanwhile, the highly-rated O’Connor joined Neil Lennon’s side on the last day of the summer transfer window after picking a move to Glasgow over a stay in Manchester. The 19-year-old was confirmed in the starting XI for Mick McCarthy’s side to play New Zealand, as reported on the FAI’s Live Video on their Facebook page.

“Lee O’Connor, Troy Parrott and Jack Byrne will all start.

“Lee has been good, he looks to be settling in.

“Young players come in and they’re always a bit quiet but the other lads are great in making sure they settle in well.”

The ex-Celtic defender confirmed that O’Connor was called up due to the suspension that would rule him out of the U21s game, as reported in The Scottish Sun.

“Lee is in a bit by default I guess, given the fact that he is suspended for the under-21s for their game against Armenia.”

Best of luck to the pair of them!

Previous ArticleTommy Gemmell to be Honoured with Statue
Next Article Ballot Box Survey – Celtic’s Two Cup Final Ballots in 2019, how did you get on?