You are at:Home»Latest»Leverkusen v Celtic: “It’s not that bad a time to face them,” Andreas Hinkel

“They always have a good team with good players playing counter attack, but at the moment, it’s not that bad a time to face them,” Andreas Hinkel

Former Celtic right-back and German international Andreas Hinkel has claimed that Celtic should look to catch Bayer Leverkusen out in tomorrow’s Europa League match in North Rhine-Westphalia. The Group G match is crucial for both sides as Leverkusen have the chance to clinch a qualifying spot and Celtic can keep their knockout stage dream alive heading into the final group match against Real Betis on 9 December. 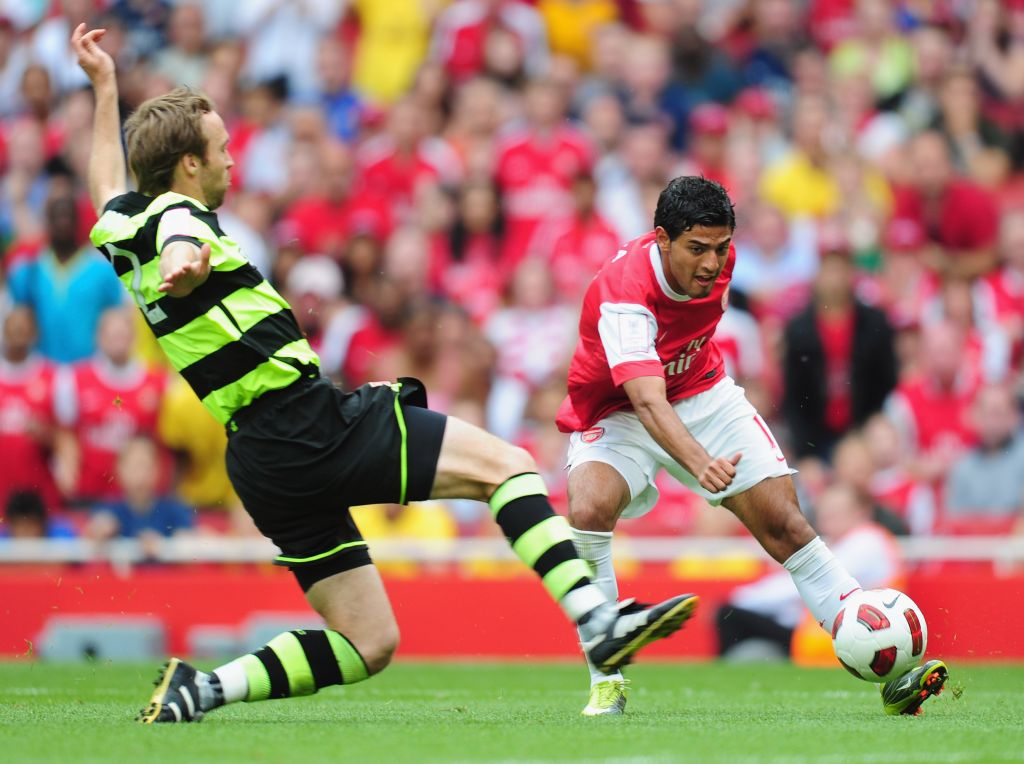 Carlos Vela of Arsenal is challenged by Andreas Hinkel of Celtic during the Emirates Cup match between Arsenal and Celtic at Emirates Stadium on August 1, 2010 in London, England. (Photo by Mike Hewitt/Getty Images)

Hinkel, who was brought to the club in 2008 under Gordon Strachan, managed 79 appearances for Celtic during his three years in Glasgow. The steady performer has insisted that the Hoops are playing Bayer at a good time and should be aiming to take one, if not all three points. Speaking to Daily Record, he said: “Bayer Leverkusen are a very good team. You could see that in the first game in Glasgow. “But that was a few weeks ago and I’m not sure Leverkusen are having their best period at the moment.

“When you see the last eight games, they only won two of them. There was a very tough loss to Bayern Munich which was hard for them and a couple more bad results followed. Of course, they have great qualities, but sometimes there are moments in a season. I can see that Celtic, after the defeat to Leverkusen, have won every game except one which was a draw. Sometimes football is in the head and, at this moment, it might be that Celtic has just a little bit more self confidence. 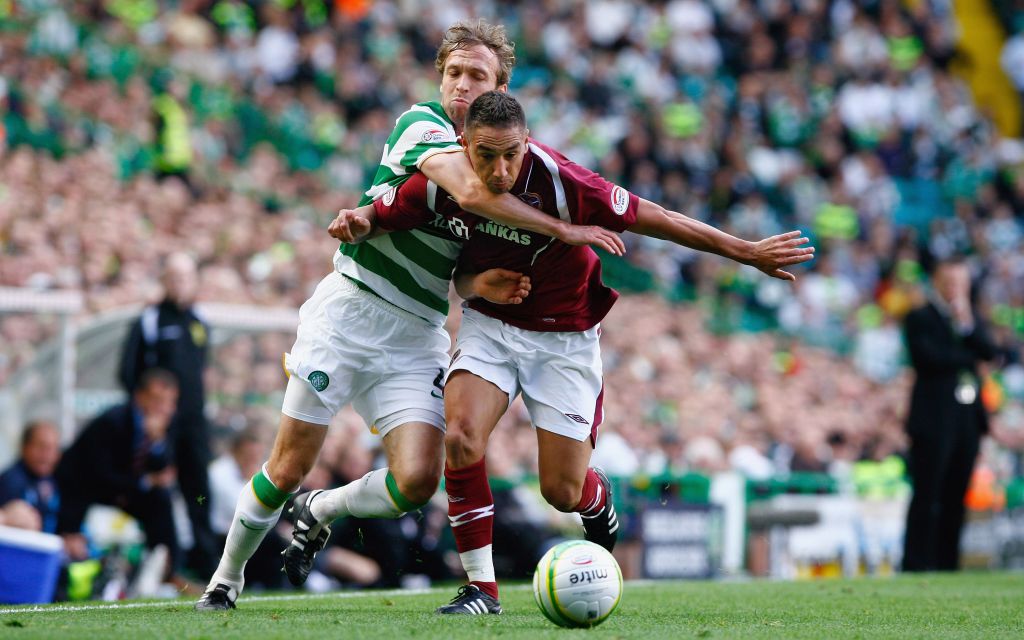 He said: “They could be stronger in the head at this time. It is natural to say that, due to the quality of the Leverkusen players, they are the favourites to win the match because they are also at home. But the head is important. Always during a season, Leverkusen can have periods when they are not strong or consistent. They always have a good team with good players playing counter attack, but at the moment, it’s not that bad a time to face them.”

“I’ve not seen the games, just the results. But it seems Celtic are getting better and maybe used more and more to the new manager. The philosophy. The results are showing they are in a better period than when they last played against Leverkusen.” 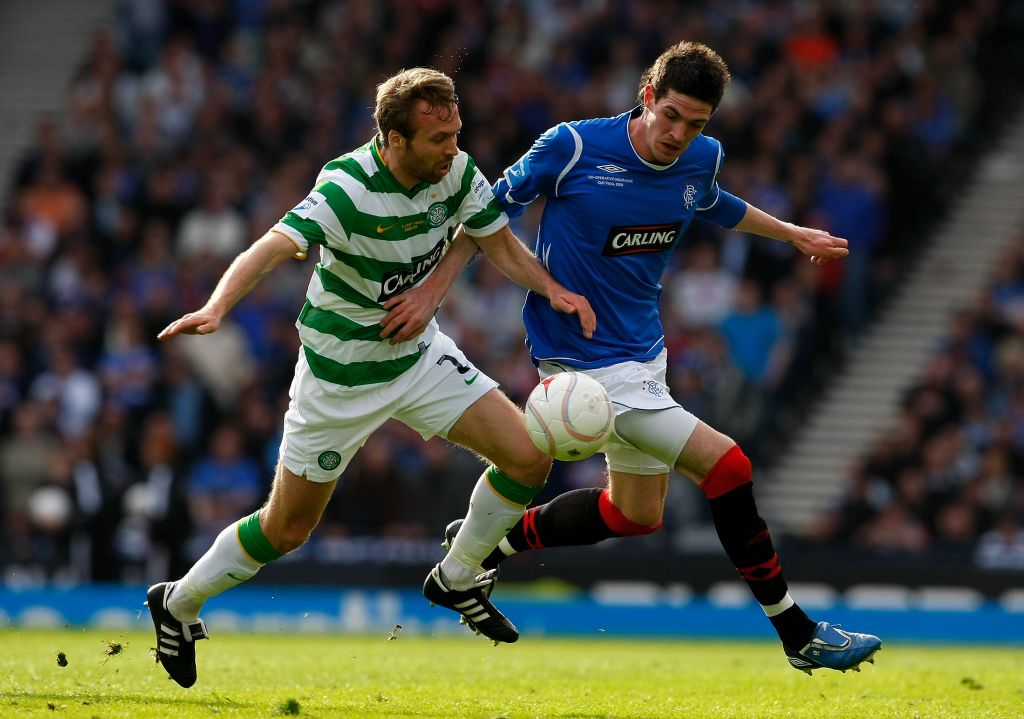 Our former right-back also played against Celtic for German opposition when Martin O’Neill’s side played Stuttgart on their way to the 2003 Uefa Cup Final.

On this, Hinkel said: “That feels like a long time ago! If it is still the case they haven’t won any game in Germany, I didn’t realise that. But there is always a first time to do something special. It’s been hard to stay in touch. I had some messages with Kendo (John Kennedy), but not so much. I am very busy with my family in Germany. Everyone has their hobbies and it’s difficult to stay in touch with everyone I met before. There’s only 24 hours in each day!”

Whilst the historical context may place Celtic at a disadvantage, the ex-Germany international added: “You have to say all of the statistics point in the direction of Leverkusen. But I am always optimistic and always positive about things, so maybe this is the time for Celtic to make that history.

“They can maybe surprise the people. It is always interesting when no-one is counting on you or thinking you will win a game. But I think there is a chance because of the things I have said before. Celtic may have more self confidence at the moment. I would like to see a Celtic win, but even a draw would be a good result, even if it might not be enough for the next stage of the Europa League if Real Betis win their match.”