You are at:Home»Latest»‘It was like big Roy Aitken had killed the guy and they were putting a sheet over him,” former Celt Dougie McGuire

Earlier today I met up with former Celtic player Dougie McGuire. Dougie played for Celtic in the 1980s, although he only managed four competitive games for the club. He was a very highly thought of youngster at the time with legends like Bobby Lennox and Jimmy Johnstone happy to voice their support for this young Celt. Dougie was potentially one of the most exciting youngsters at the club at the time but for various reasons that he now shares with us, it just wasn’t to be for him at Celtic. 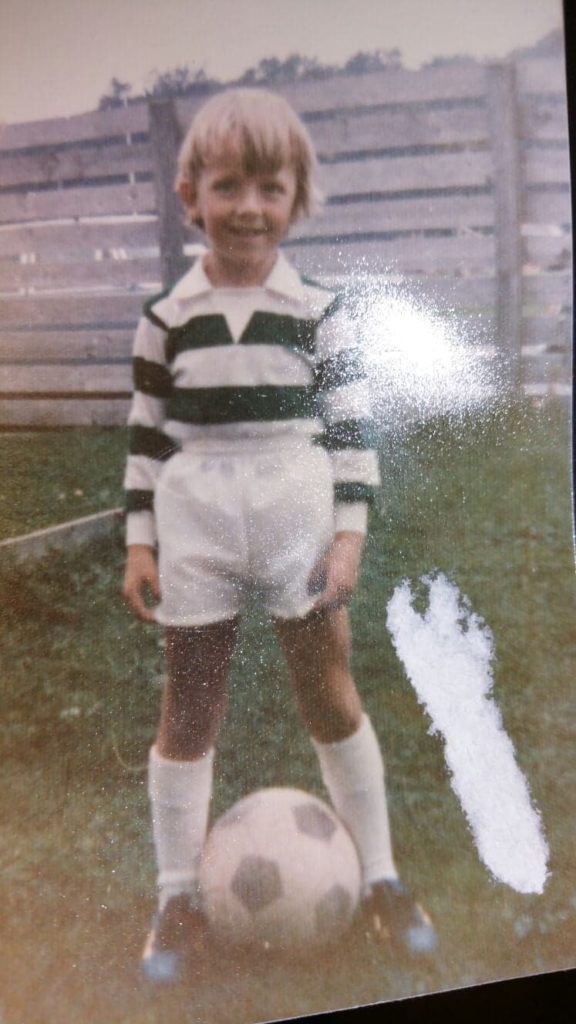 How did the move to Celtic come about and was there a link with St Michael’s Academy in Kilwinning with Bobby Lennox and Lou Macari having attended that school?

I don’t think so Scott no, there was a Scout from Eaglesham named Jim McGuire who got me to Parkhead. That was my Father’s name, that’s how I remember that. I had Aberdeen, Liverpool, Man Utd and St Mirren all sniffing about me. I was going to go to Aberdeen for a week but then I had a week’s trial at Celtic at Barrowfield and when they wanted to sign me, that was it, it was no brainer after that being a Celtic Supporter.

I shouldn’t probably say this but people always say that the best day of your life is when you get married or when your kids are born etc which of course was magnificent but from a selfish point of view I’d have to say that the day that I signed for Celtic was the best day of my life. I was only 13 years old at the time. It was a dream come true, it really was. Me and my Dad with big Billy McNeill in the Manager’s office. It was like I’d genuinely died and gone to heaven. 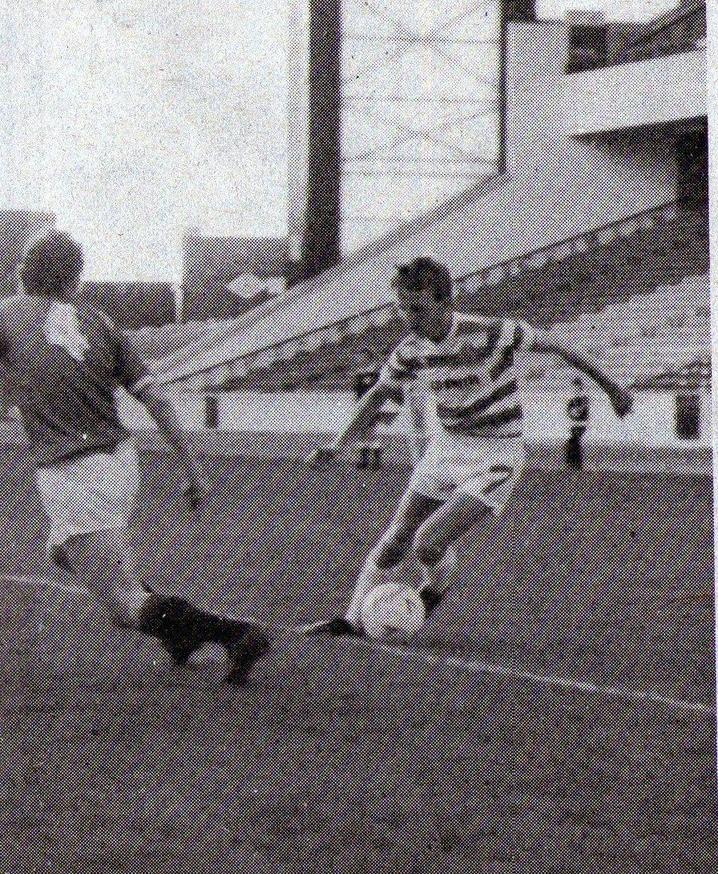 Who were the players that came through the Boys Club and the Reserves at that time that went on to have big careers?

A guy that stuck out like a sore thumb was Tony Shepherd. He was a magnificent player, he was the stand out. John Traynor was a good player and wee Jimmy Boyle as well who went on to have a good career with Airdrie. Derek Mills, Joe Miller and Stevie Kean. Big Derek Whyte!! What an athlete he was. I could run, in fact I could probably run by anybody but big Derek. He was some athlete.

You made your first team debut as a Sub against Falkirk in November 86. We were 2-1 down when you came on and changed the game completely creating 2 in a 4-2 win. What do you remember about the day of the game and how did it feel when you knew you were going on?

Back in those days the crowds weren’t like anything you get these days. Probably 15-18000 that day. The Jungle were singing my name and I couldn’t believe it. I remember just putting the ball low into the box and Mo Johnston just being clever and getting on the end of it. What a smashing feeling it was. There was a big fight after the game in the dressing room. Not fisticuffs or that, just Roy Aitken and Pat Bonner going at it. We’d conceded a late goal and they were arguing about whose fault it was. Davie Hay just came in and surveyed the scene. No punches were thrown but it was close. 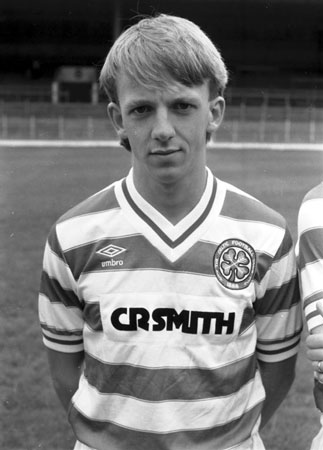 You played against Borussia Dortmund in what was then, West Germany, what was that experience like?

I came on as a late sub, a kinda last throw of the dice thing. A magnificent Stadium. Apparently Ibrox was designed on that one at the time. Murdo MacLeod played for them that day. He came in to the dressing room after the game and wished all the boys all the best. One thing happened during the game that made us all laugh. I was on the bench at the time and Roy Aitken kinda halved this guy. It must’ve been a German thing but the medics came on and put a blanket over the guy that was injured. We’d never seen that before, it was like big Roy had killed the guy and they were putting a sheet over him haha.

You made 4 appearances for Celtic, did you feel that your time at Celtic was up when Billy McNeill bought Joe Miller, for a then huge sum of £650,000 in Oct 1987?

I thought long before that to be honest. Big Billy was a legend. I was a talented boy just my mental strength probably wasn’t good enough if I’m being honest. I think if Davie Hay had stayed I’d have probably got a few more chances to play. Bobby Lennox liked me and Jimmy Johnstone did too. I’m not saying they picked the team cause they never but their influence was there. They were wingers so knew I was a good wee player. I got a mention in both their books so that’s something I hold dear. Probably the best wingers the club have had so I’m happy with that.

You used to travel to training in the same car as Roy Aitken, Mark Reid and Bobby Lennox, what was that like and what were those 3 guys like to travel with on a daily basis? 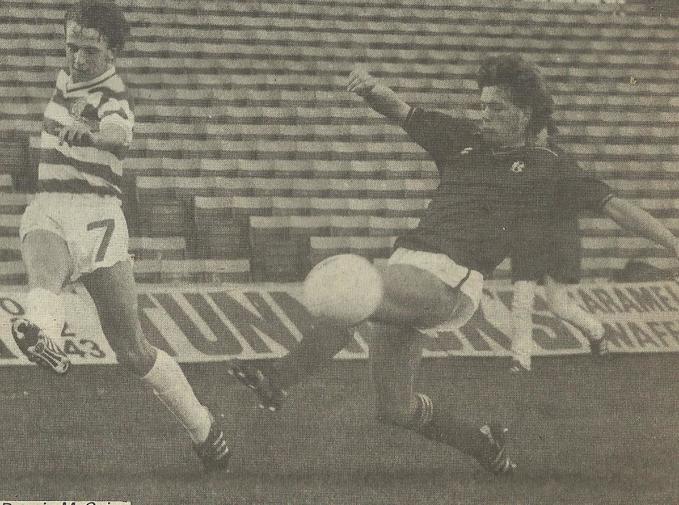 Back to what I said to you earlier Scotty, it was like I’d died and gone to heaven. Big Roy Aitken, Captain of Celtic, Bobby Lennox a legend and Reidy. The patter in the motor was second to none. We had John Traynor in the motor as well. I was kinda cheeky so they liked me, I’d give it back anyway and I think they liked that. It was an education for life you know travelling with these guys.

Who were the Characters in the dressing room in your time at Celtic? Any funny stories?

In the Reserves, there was a guy called John Halpin. He was a natural comic, so funny. We had Roy Aitken, Bobby Lennox, Tommy Burns, Graeme Sinclair and Davie Provan.

Neilly Mochan though, being 16 you thought you were the cock of the walk at Celtic. Neilly as you’ll know was the kit man so you’d go to him for boots and that. If you were a good player you got the Coppa Mundial’s and if you weren’t that good, you got mouldies or that. I went to see Neilly one day and said to him, “Can I get new boots please Neilly”? He says to me, “Do you think you’re going to be here that long son”? I remember Scotty, I was nearly greeting. He then goes, “Son, I’ve been in big Billy’s office, what’s your name again”? I goes, “Dougie, Dougie McGuire”. He says, “Aye Dougie, Dougie McGuire, they were talking about you, I don’t think you’re going to be here that long”. See going hame on the bus, I’m nearly greeting thinking Celtic are going to release me, but that was just Neilly. 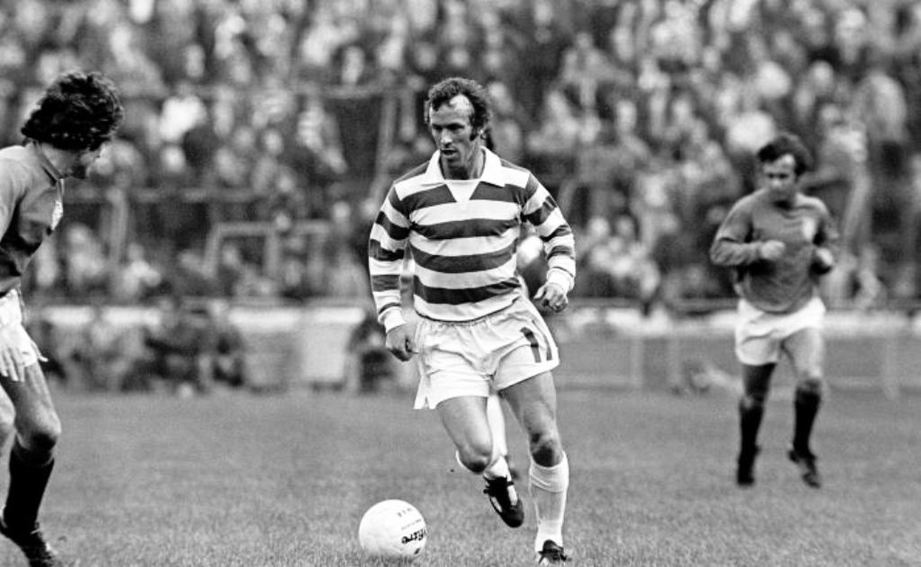 Who was your biggest influence at the Club and why?

Bobby Lennox. I seem to remember when he did a report in the programmes and that, he’d give me a good mention. He stuck by me. You don’t realise until you leave Celtic, the stuff he and Jinky for example said and did for me.

What do you think of the current Celtic side the job Brendan Rodgers is doing?

Well I think Brendan Rodgers has brought pride back to Celtic. The way he speaks, he’s a very humble man. His persona is different class!! I think we should play with two up front at Celtic. Griffiths and Dembele. I would like to see us being a bit more gung ho. I can see how he’s trying to build something though with the way we’re playing with Europe in mind, I just think in Scotland though we should play with the two. I love big Rogic, he’s my favourite. I’d have him in the team every week. See for Ibrox on Sunday, get big Rogic on cause see if he’s playing, something will happen.

Dougie that was outstanding. Thank you very much for sharing those stories with us. I know Roy and Bobby being a Saltcoats boy myself so that for me was a cracking trip down memory lane as well. One of my colleagues Paul Dykes wrote a book about Neilly Mochan and the stories in it are incredible. 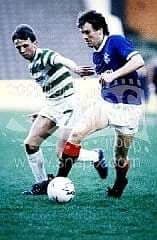 Talking about patter with that car load you went to training with? Neilly sounded as though he had that in abundance with all the stories that come out about him. He did the same to one of my other previous #10IAR guests Brian McClair with the boots. Brilliant!!

You lived the dream Dougie and wore that sacred shirt. Nobody can take that away from you ever. Thanks once again for taking part and we hope to see you at Paradise soon for a game. HH

Interview for the The Celtic Star Magazine by Scotty Alcroft

OUR new bookstore snow online!  Check out www.thecelticstarbookstore.co.uk now and see our great launch offer below! You know you want one of those t-shirts!

LISTEN TO SIMON WEIR ON THE CELTIC STAR PODCAST: A CELTIC STATE OF MIND

IF you would like to write for The Celtic Star and take up your place in our Panini book,  then drop an email to editor@thecelticstar.co.uk and we will get right back to you. 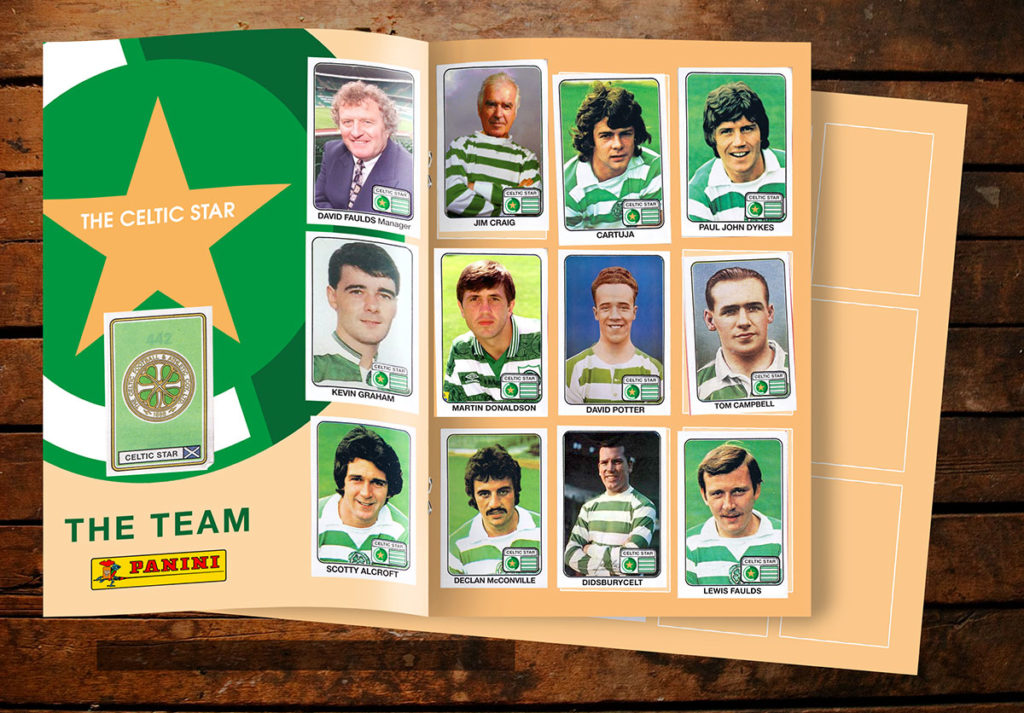 Previous Article‘Sick note’ former £3 million Celtic flop, his hurt feelings remain as he ‘stops playing’
Next Article On this day in 1965 Jock Stein became only Celtic’s 4th manager since 1897