You are at:Home»Latest»Lille are interested in signing Olivier Ntcham in January

Lille are expected to look for a replacement for Boubakary Soumare. The 20-year-old is expected to leave the club soon after having been linked with Premier League giants like Manchester United and Tottenham Hotspur. And it appears that the Ligue 1 side will be looking to sign Oliver Ntcham in order to replace the outgoing Soumare.

As reported by the Daily Record, there is expected to be a transfer battle between Manchester United and Tottenham Hotspur in January. And Lille have already scouted Celtic’s French midfielder during their Europa League game against Rennes as a front-runner to replace Soumare.

Ntcham has not got as much game time as he would have liked under Neil Lennon and has been constantly linked with a move away from Parkhead. The Frenchman even admitted that he wanted to leave the club earlier in the summer. Although it looks like he has settled down since then and has made 26 appearances this season. But it is not hard to understand why a move back to France would be an attractive proposition for the 23-year-old. 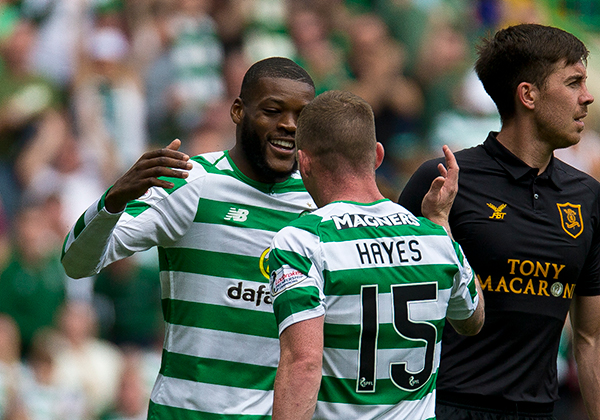 Celtic though must make sure that they keep hold of Ntcham. He has emerged as an important part of the squad with the club looking to win a record-equaling ninth straight league title this season. As a result, they cannot afford to take the risk of parting ways with the Frenchman, especially in January when it is very difficult to find replacements.