You are at:Home»Latest»Lille v Celtic Preview – My word they are a good side, this could be a long Thursday night

The big games are coming thick and fast for Celtic at the moment and Thursday night’s second Europa League encounter won’t be any different. LOSC Lille currently sit second in Ligue 1 in France and only lie behind Champions PSG on goal difference. They are unbeaten in all competitions and so far this season haven’t conceded a goal at home since and opening day 1-1 draw with Rennes. A nice easy trip to the Stade Pierre-Mauroy for Celtic then? 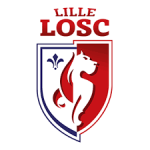 Manager Christophe Galtier has been in charge at Lille since 2017, following seven and a half years as manager with St Ettienne. Galtier cut his teeth as assistant manager at Marseille where he was a constant assistant to the likes of Bernard Casoni, and Javier Clemente, before settling into this most important relationship of his coaching career. 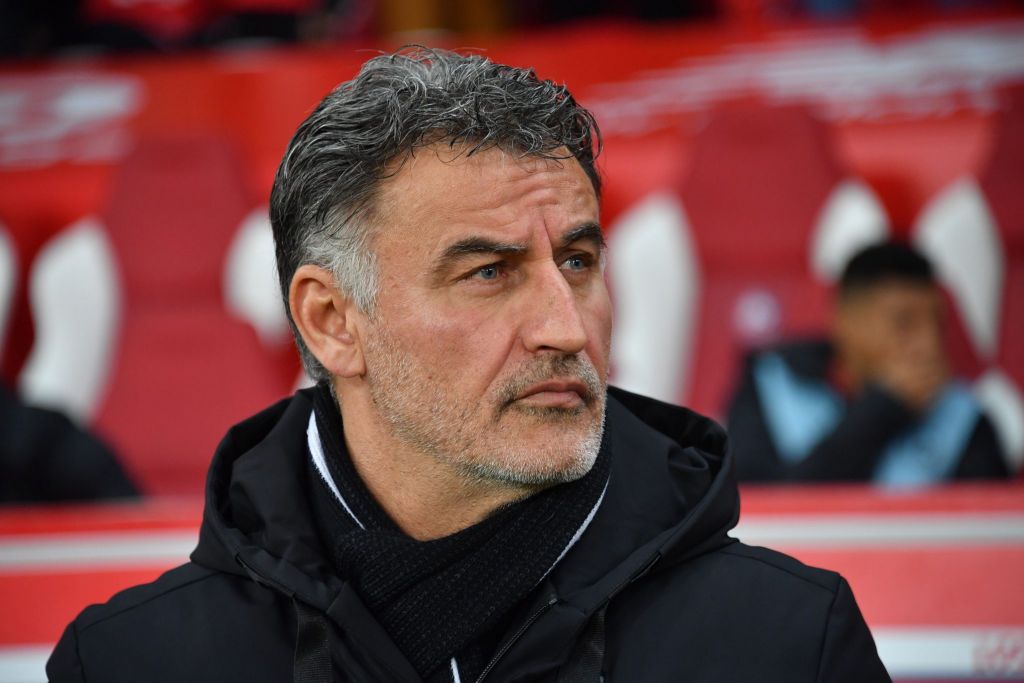 Galtier really made his name in the game as assistant Alain Perrin, initially at Portsmouth before joining his mentor at Sochaux, Lyon and eventually St Etienne. When Perrin left there Galtier stepped up into the manager’s role and impressed enough over 361 games to become the manager at highly ambitious Lille. It’s safe to say he’s done a fine job. In his first season Lille finished 17th in Ligue 1 and 12 months later had improved to second place. Last season in a curtailed French league due to the Covid 19 crisis he was again sitting 4th when the league was called. 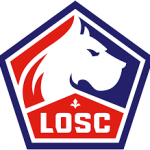 The start to this season probably isn’t s surprise given Lille haven’t been shy in spending money to support their manager but it should be remembered they have lost big players along the way. Only this summer Lille sold star striker Victor Osimhen to Napoli for an eye watering £63million and central defender Gabriel to Arsenal for £23 million. 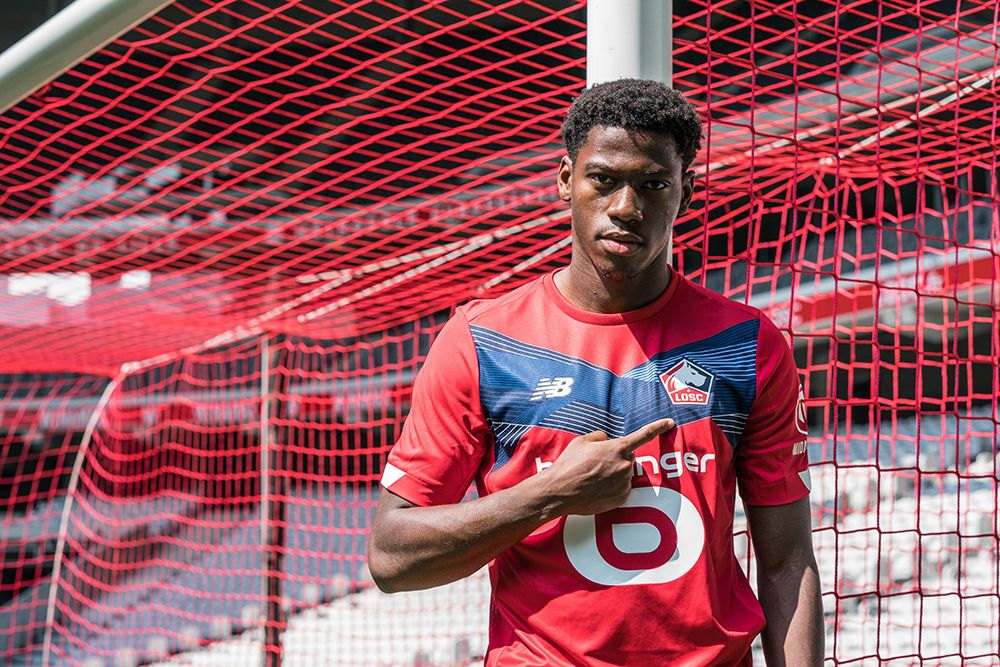 They had a bit of cash to play with then, and have spent £24 million on Jonathon David from Belgian side Gent, £7.2million on Gabriel’s replacement Sven Botman from Ajax, £4.5 million on goalkeeper Orestis Karnezis from Napoi as well as making last season’s loan deal for Manchester United’s Angel Gomez a permanent arrangement. The experienced Burak Yilmaz joined on a free transfer but undoubtedly on a hefty wage from Turkish side Besiktas.

How they set up

Christophe Galtier has traditionally preferred a 4-2-3-1 formation during his managerial career and this season started out in familiar fashion in the opening day draw to Rennes. But since then they’ve gone with a few variations on a 4-4-2 formation, preferring on most occasions the Double eight approach but also played a 4-4-1-1 in their first European tie away to Sparta Prague, where they won 4-1. A note of some comfort should be made from that game however that Sparta were reduced to ten men midway through the first half.

It’s likely the caution employed in Prague was due to playing away from home, as such Celtic should expect on home turf that Galtier and Lille will utilise the plethora of attacking options at their disposal and go with two strikers and with attacking width and utilise a more traditional 4-4-2 formation as they have since ditching the double eight version following a 1-1 draw at Marseille on 20 September.

It was a 4-4-2 they employed in Sunday’s 1-1 draw away to Nice and you would assume that would be the same come Thursday night. That said every time Lille have dropped any points this season the formation has been freshened up for the following game so there may be a surprise in store.

In terms of personnel, Lille operate with a steady and relatively unchanged back four, there is little rotation. Goalkeeper Mike Maignan a French international is highly rated and valued. This season’s central defensive partnership is the aforementioned Sven Botman and the hugely experienced Portuguese international and ex West Ham and Southampton defender Jose Fonte. At left back Domagoj Bradaric despite being only 20 has been capped twice by Croatia. 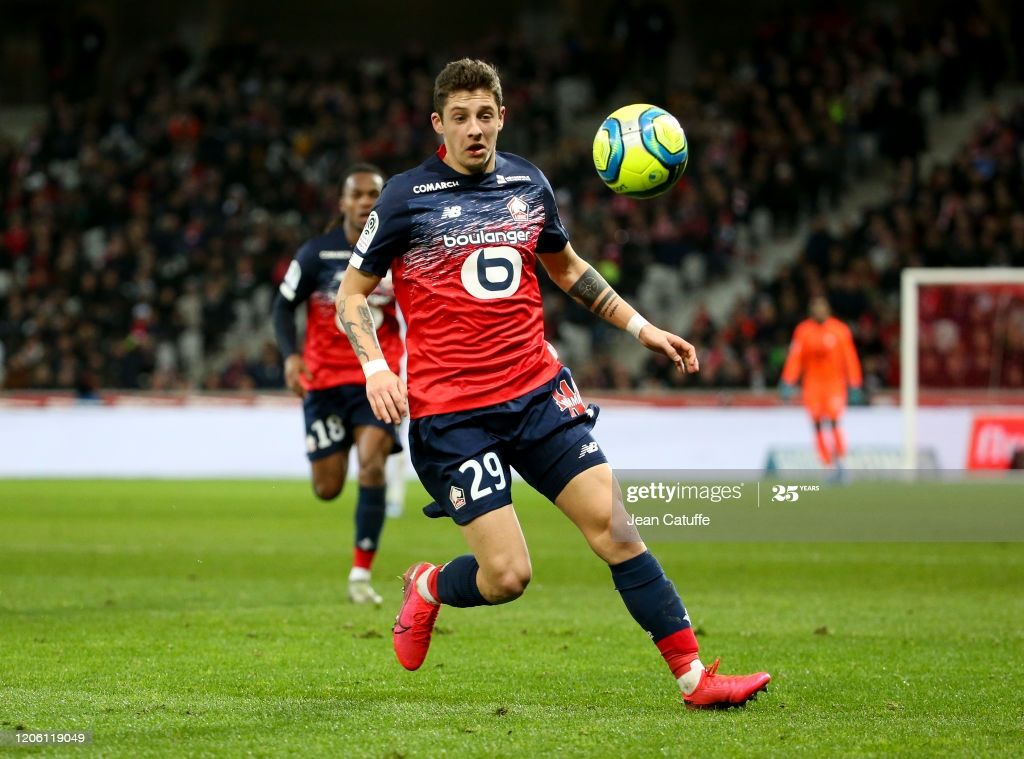 All four players have started every game this season, with the only change at right back where Jérémy Pied has played twice, though Turkish international Zeki Celik is the usual pick. The defensive positions are clearly an area where the coach wants stability, somewhat at odds with Celtic’s approach of late, and if all are fit Celik is likely to slot back in should Lille go with their strongest team on Thursday night.

In midfield Lille have real strength in depth. On the left side Jonathan Bamba is the manager’s favourite having signed the player from former club St Ettiene in 2018. He is a big player for the club and despite his position is rarely rotated. The same can be said for right winger Luiz Araújo, the 24-year-old has grabbed a couple of goals this season already and has started two thirds of Lille’s game so far. Yusuf Yazici is the alternative right winger, however his seven appearances this season have come mainly from the subs bench though he was chosen against Sparta Prague in the first group match and delivered a hat-trick. With 24 caps for Turkey and with an ability to play left, right and central midfield or as a forward he’s not a bad back up to call on.

In central midfield there is more rotation. Renato Sanches is finding a manager who can get some consistency from a player who has promised much, has unbelievable ability, but was in danger of not fulfilling his undoubted potential.

The defensive discipline comes from Benjamin André signed from Rennes last year for £9million, while Boubakary Soumaré is another who gives steel to the midfield when called upon. The Portuguese central midfielder Xeka is also an option utilised by Galtier this season.

Up front new signing Jonathan David is a regular starter and despite his expensive price tag he’s still waiting for his first goal – yes that crossed my mind too – David wears the number nine shirt but is not expected to be a focal point as such. Despite not scoring his manager has been reported as being delighted with his selflessness and link up play, indeed the spreading of goals and assists throughout the team is certainly a strength for Lille, but pressure must be building on David who so far has neither a goal or assist to hang his hat on so far. He has been used in a deeper role at times and seems far more comfortable playing that way rather than as an out and out striker. 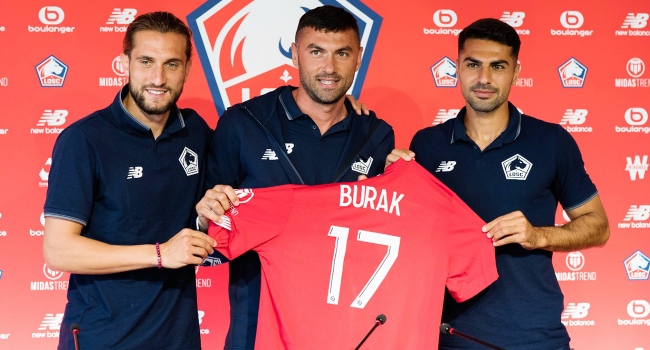 The same can’t be said for 35-year-old Burak Yilmaz. He’s hit the ground running with four goals in eight league games to add to his international statistics of 24 goals in 63 games. A full-strength Lille team will see David and Yilmaz as the striking partnership however Jonathan Ikoné is also a player Galtier likes to rotate with. He has two goals to his name this season, one in the league and also against Sparta Prague, he’s been capped four times for the French national team, so to see him involved rather than either of the other two won’t mean there is exactly a drop in quality for Celtic to contend with.

Jonathan David would be the obvious choice perhaps, given his huge transfer fee and you certainly wouldn’t put it past Celtic to be the defence that be breaks his duck against, but the star man this season has been Lille’s left winger and number seven, Jonathan Bamba.

Theres a reason his manager rates him highly, he’s a team player with an end product. In eight appearance he’s scored three goals and assisted with four more and is a big reason why the pressure to score hasn’t been building on David. Bamba can play anywhere from left wing to centre forward and has even played the inverted role on the right-hand side. He’s a player that will be entertaining to watch, when he’s not playing against you own team that is.

Not an easy call. Lille’s strength is their defensive discipline and further forward they have an ability to spread the goals and assists through not just the team but also the squad. If there was one possible weakness, I’d say Renato Sanches. If he is deployed centrally in midfield does lack a little for defensive discipline. Boubakary Soumaré however was chosen for just those reasons instead of Sanches against Prague, but given that was an away tie it may well be that Galtier plays he extra creativity in Sanches. If he does, we’ve a chance if we’re quick in transition and Sanches doesn’t fancy the tracking back side of the game.

What’s the chances then?

For Celtic it looks like we’ll play a 4-2-3-1 formation rather than a 3-5-2 based on available personnel. If everyone was fit, I’d be begging Neil Lennon to go 4-5-1 in France and play a low block and try to hit on the counter. Unless the likes of Elhamed and Bitton are back and capable of such a big game I’m not sure we have the personnel for it.

So, we’ll have to go with the formation that has led to an improvement in performances in the second half against AC Milan and certainly in an attacking sense against Aberdeen. It may be an idea to play a deeper defensive line however in this one.

Set pieces could be crucial for Celtic. As such it was good to see Leigh Griffiths go in front of the cameras for today’s press conference. Could it be he’s ready to start on Thursday?

Griffiths is not only the best finisher at Celtic he also has a threat from corners and free kicks and if Celtic are to nick this against a fine Lille side, we could do with someone who can deliver an accurate dead ball. Someone who is willing to have a pop with accuracy from distance could also play a big role and Leigh fits the bill with both.

There is also a question as to whether Galtier will rotate his squad with a huge league encounter ahead against Lyon on Sunday. He did it against Sparta Prague and it may be something he’ll return to on Thursday night.

If Lille were to be frustrated, we can get some joy. Nice did just that on Sunday by playing five across the back. But interestingly the two other sides who have taken something from their games against them – Marseille and Rennes – both played the 4-3-3 formation Lennon often claims he prefers to the more rigid 4-2-3-1. There could well be mileage in such an approach.

Difficult opponents they may be, but they have a tendency to over commit in attack, believing they can count on a settled defensive line to cope with counter attacks. That’s not been massively tested yet in French football but two teams who have tried have avoided defeat. It may be something for Neil Lennon to consider ahead of what looks to be a tough test against Lille on Thursday night.

Previous Article“Everybody just needs to stick together,” Griffiths sends message to the Celtic support
Next Article Celtic’s summer recruits and The Bhoys of the old Brigade