You are at:Home»Latest»Livingston got what they deserved today – absolutely nothing

Well the first game of the new season has come and gone. It was not the Champions Celtic today but the latest Govan club who kicked the cinch Premiership league campaign off unbelievably. They faced Livingston today at the Toni Macaroni Stadium in what was the first ninety minutes of a long and winding season.

In what was a pleasant surprise and turn up for the books, the Lothian side took the lead in the first half of the game and looked decent. One of theRangers recent signings, John Souttar, simply had no answer for the big and bulky Englishman who had him in knots during that first half. Excellent hold-up play, nimble feet for a big man and a general handful, he wreaked havoc with the former Hearts captain and his forlorn teammate, Connor Goldson.

Undeniably, the Ibrox side – as Celtic do every time we play David Martindale’s team – had all the possession and created infinitely more chances than their home counterparts. Their two goals had been coming from a mile away and Martindale did nothing bar get to the second period and camp his full eleven basically on his own goal line. 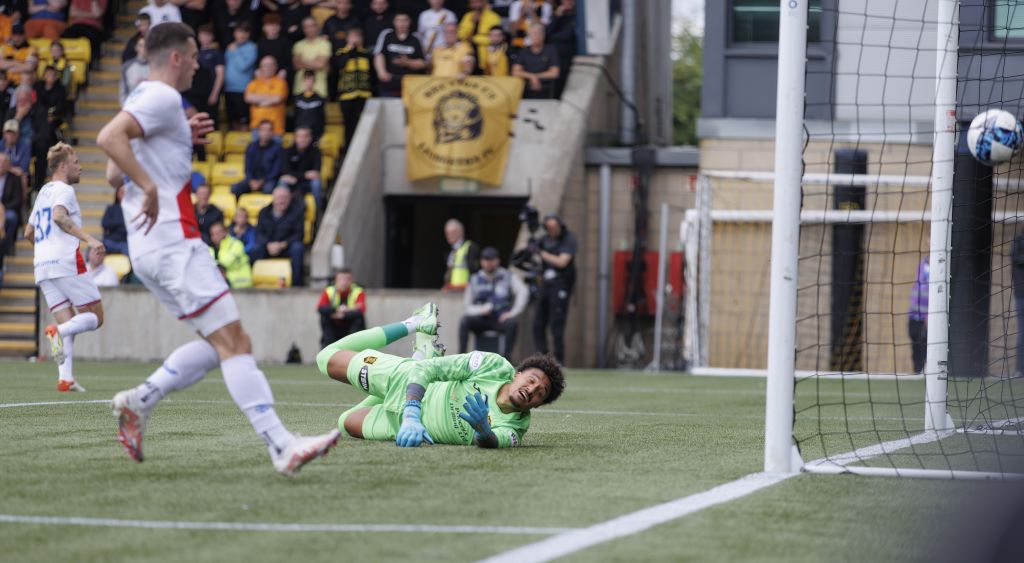 In what was another display of weakness, the extremely negative head coach decided his team would be best served waiting on the hangman’s noose, rather than continue to do what they had done during the first half against Van Bronckhorst’s charges. Nouble and his cohorts had left them visibly shaken and perturbed by the start they made, which makes zero sense as to why the manager changed his tactics so severely.

Nouble was starved of service in act two of this opening gambit, and the little bits and bobs he did manage to squeeze out of the game he showed he could cause serious damage to the Dutchman’s ropey backline; the guilt edged chance he gave to Omeonga was unforgivable from his comrade. As Andy Walker said on Sky Sports, “he didn’t just miss the target, he’s put it out the stadium”, such was the lack of quality and composure. 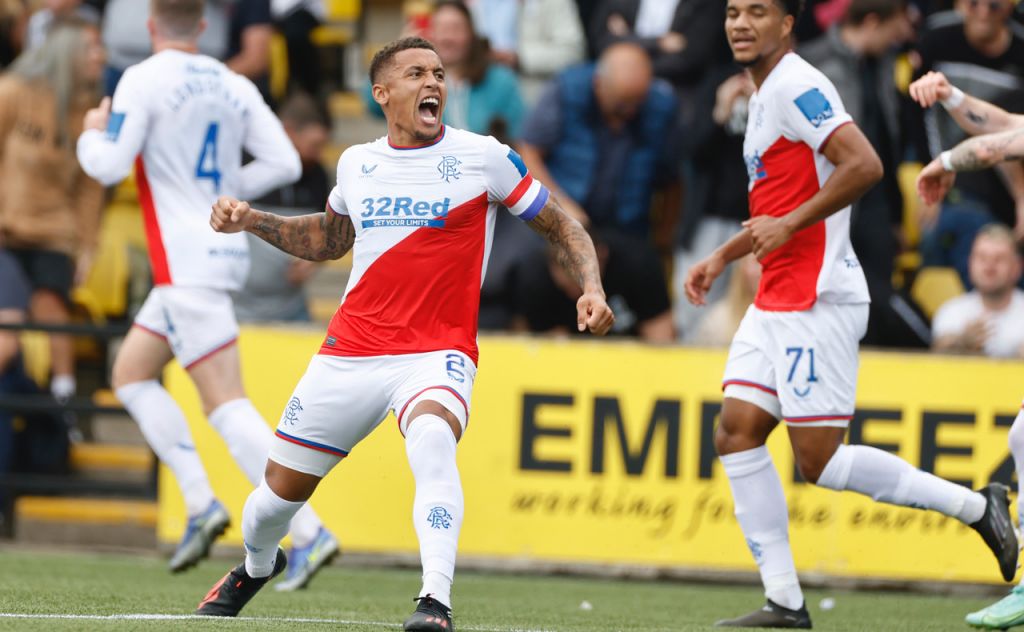 James Tavernier of theRangers celebrates his sides 2nd goal from a free kick during the Cinch Scottish Premiership match between Livingston FC and Rangers FC at Tony Macaroni Arena on July 30, 2022. (Photo by Steve Welsh/Getty Images)

There are those who may feel that Martindale and his team are hard done by; I disagree. His lack of belief and courage after the excellent performance in the first half this afternoon was scandalous. It reeks of the thinking of a man who has already conceded his team were going to be beaten today, and is just happy that they struck a blow along the way.

The Ibrox club were there for the taking today and Martindale squelched out. Poor show. No wonder his preferred brand of football is loathed alongside that awful pitch in which they play. His tactics are so monumentally dull and predictably negative that one didn’t really need to watch the game to know how it would play out.

On the other hand, we now know that this current opponent of ours for the League title this year have an achillies heel at the back. Will anyone else in the Scottish Premiership besides the Champions dare to test it out?

One would hope so.

But there’s no chance Martindale will, that much is for sure! It’s just par for course for him against that mob.

Meanwhile what are your thoughts on the disallowed goal?

Celtic Pools – Helping create winners on and off the pitch
Nine goals then perfect 10/10 player ratings from Fran Alonso
Sensational Unique Angle – Watch all nine Celtic goals against Hibs
Previous ArticleAberdeen manager talking up European qualification ahead of Celtic Park visit
Next Article “There’s the possibility to be part of something special,” Ange Postecoglou