You are at:Home»Latest»‘Loving every moment,’ Gutman starts in 80 Minutes Match underway now, here’s the Celtic team

TODAY’S is probably the easiest ever team-sheet released by Celtic for the first of two games being played today in Switzerland against St Gallen.

The first match, against the St Gallen Under 21s is kicking off at 10am CPT (Celtic Park Time) and because of the game against their first team later today, this first match will unusually be over 80 minutes. This game is being played behind closed doors.

The Celtic team this morning currently playing St Gallen Under 21s is Craig Gordon, making his first appearance of the year, in goals. The defenders are Liam Morrison, Jack Hendry, Stephen Welsh and Andrew Gutman, who is ‘Loving every moment’ of his time with the Hoops, see below.

In midfielder Celtic go with Nir Bitton, Ewan Henderson, and Ryan Christie. The wide players are Scotty Sinclair and Lewis Morgan and Leigh Griffiths is up from looking for his third goal in three tour games.

Subs are Doohan Oxo-Flex and Dembele. 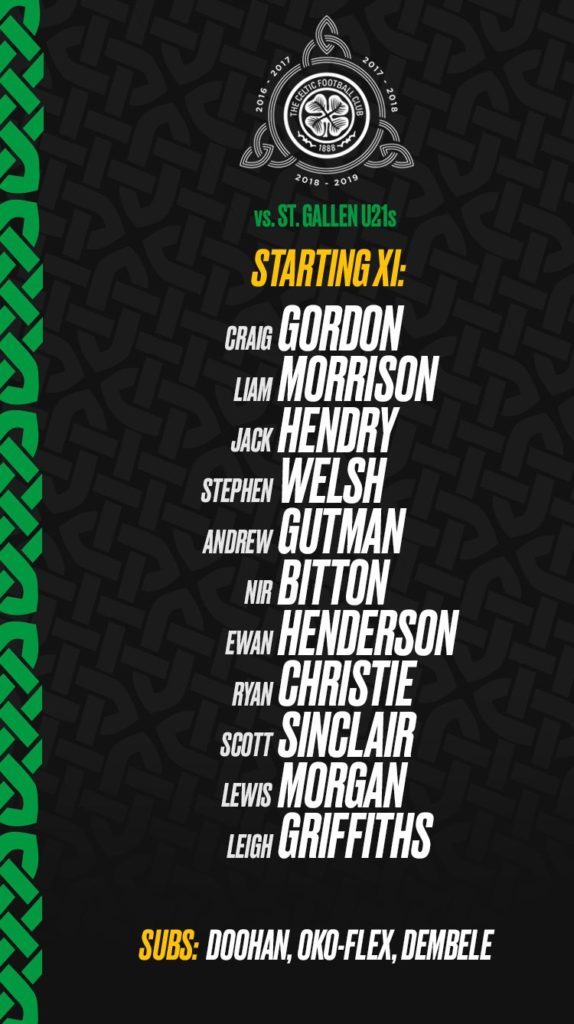