You are at:Home»Latest»Mackay-Steven “Relishing” The Chance To Face Former Club Tonight

Celtic open their SPFL campaign with a trip to Tynecastle this evening. Former Celtic winger Gary Mackay-Steven will be in the Hearts line-up and he has told the media that he is relishing the Jambos’ upcoming fixtures on their return to the top flight.

Mackay-Steven will be crucial for the Edinburgh club tonight, playing on the left side of the attack in a new 3-4-3 formation. With Ginnelly on the opposite wing and Liam Boyce as the central striker, Hearts will be hoping to exploit Celtic’s defensive deficiencies of late. That said, Carl Starfelt could make his debut in the Hoops and, as a £4.2m signing from Rubin Kazan, he should add a bit of solidity to the centre of the visitor’s back line.

Celtic will also be bolstered by the inclusion of exciting new striker Kyogo Furuhashi. Whether the Japanese international starts the game remains to be seen, but he could have a part to play and certainly adds to the confidence in the Celtic camp.

It goes without saying that Ange Postecoglou needs a victory to bounce back from the midweek disappointment against FC Midtjylland. Hearts will be doing their utmost to prevent that from happening and Mackay-Steven revealed the excitement among the squad. Speaking to Edinburgh Evening News, the pacey ex-Parkhead winger said: “This is what I envisaged when I signed. It’s where Hearts should be. These games coming up are exciting and I want to be part of that. I’m looking forward to it now. The build-up has been good, our pre-season has been good, but this is the real stuff now. I’m just relishing it.” 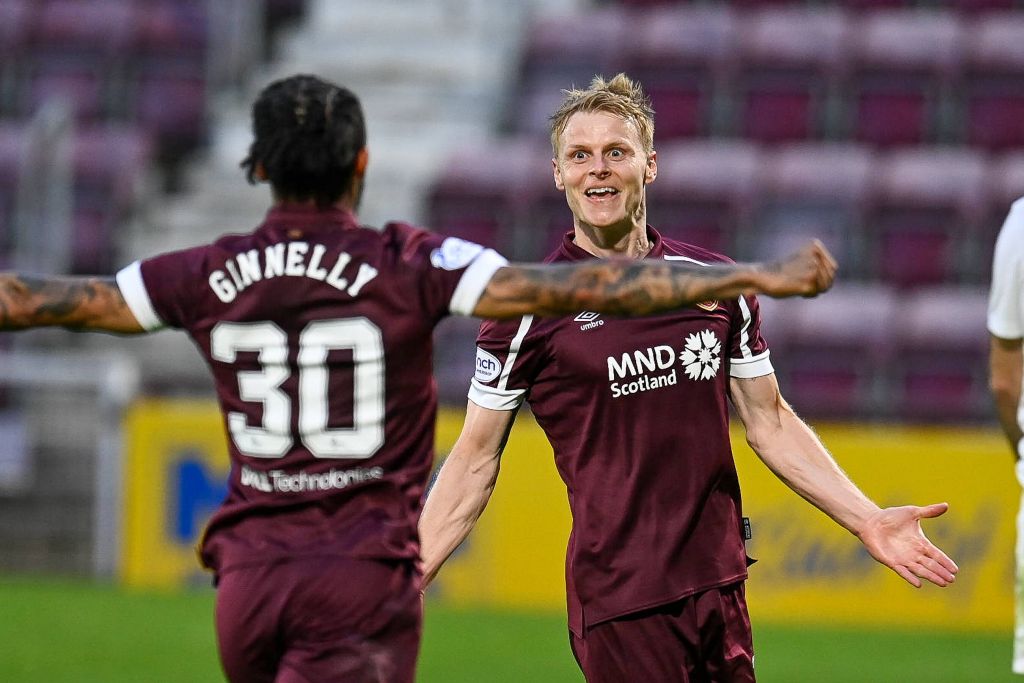 Mackay-Steven enjoyed two years in Glasgow but his career eventually took him to New York City via Aberdeen, before he returned to Scotland in January. Having got a full pre-season under his belt, he now feels his best form is ahead of him. “The Championship is a tough league,” he said. “When I came in, I wasn’t in my peak condition. Every player would say the same. Having a pre-season is so important. You come in, get your work done, get the manager’s ideas of how he wants to play – just get to know the boys a bit better as well. We’ve got a great changing room here and, personally, I feel really comfortable. I’m looking ahead to hopefully kicking off with a good game.”

A man who knows all about the pressures of playing for Celtic, when asked whether it was a good time to be playing against the Bhoys, the Scottish midfielder said: “Time will tell. They’ve got a few games under their belt as well and they’ll be looking forward to putting down a marker for their manager. They’ve still got top players so we know their strengths but we want to focus on ourselves. It’s a good game for us. Whether it’s Celtic or against teams in the Championship, we’re going out to win and represent a massive club with a massive fanbase, who have expectations. In-house, the players have expectations as well.”

Order one the of the last few copies remaining…

Previous Article“Charlie Gallagher? What a Player!” – Celtic Fisticuffs: When Charlie belted Billy McNeill
Next Article Ange Postecoglou “Not Some Weak Little Flower” as he Eyes Victory in The Capital