The Celtic FC Foundation today announced on the Official Celtic Website that former Midfielder and Denmark legend Thomas Gravesen has donated his appearance fee received for being part of the Open Goal Live show at the Hydro last night. 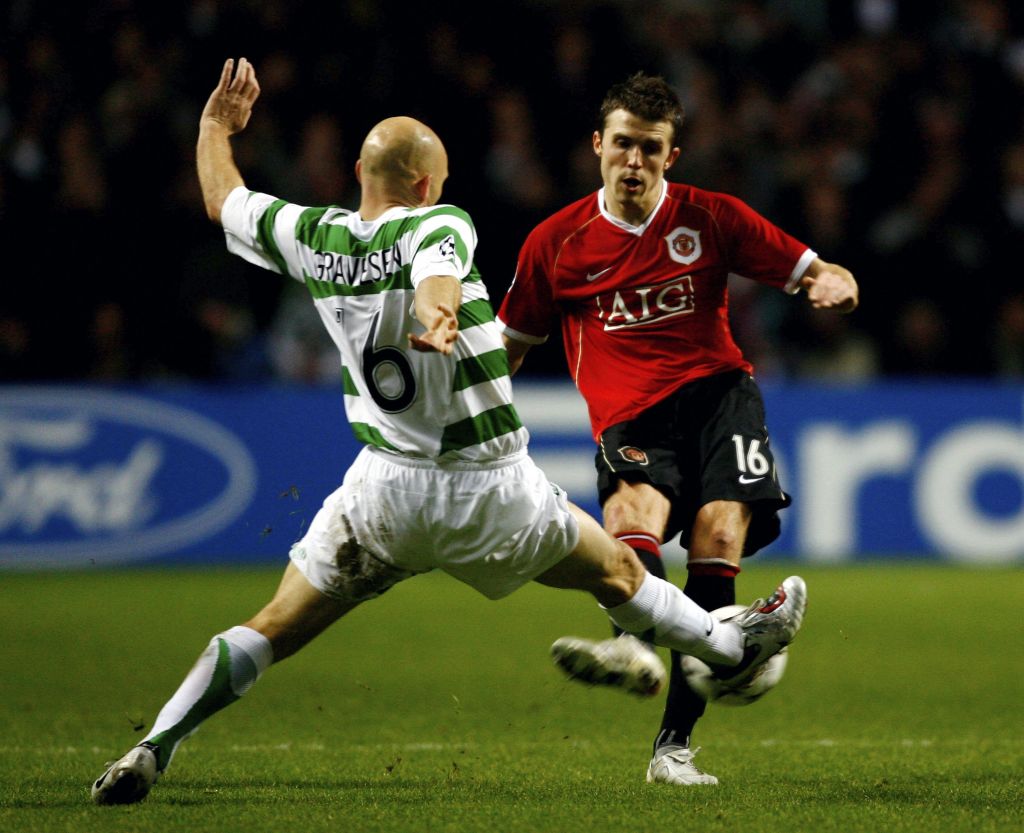 Michael Carrick of Manchester United battles for the ball with Thomas Gravesen of Celtic during the UEFA Champions League Group F match between Celtic and Manchester United at Celtic Park on 21 November, 2006. (Photo by Shaun Botterill/Getty Images)

Gravesen signed for Celtic in August 2006 for a fee of around £2m in what was seen at the time as a real coup for the club. He would go on the following month to score in a win against Rangers leaving Celtic fans feeling like we had a potential new hero on our hands. Unfortunately his career in the hoops didn’t pan out the way we hoped, leaving on loan to Everton after a year, before Celtic eventually had to pay his contract off a year early after Everton didn’t take up an offer to buy him.

This latest gesture by the Dane will definitely endear him once again to the Celtic faithful and really is a truly generous gift by the former player. The Celtic FC Foundation had this to say regarding Gravesen via the official Celtic FC website: 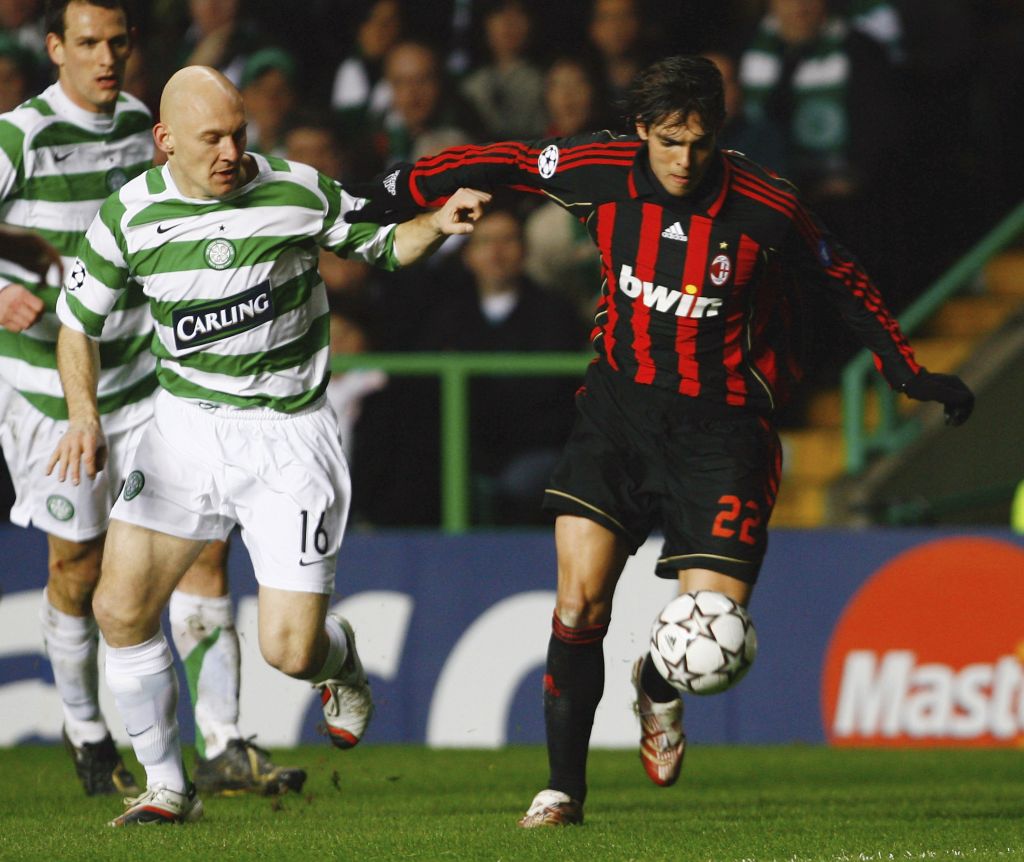 Thomas Gravesen of Celtic tangles with Kaka of AC Milan during the UEFA Champions League Round 16 first leg match between Celtic and AC Milan at Celtic Park on 20 February, 2007 in Glasgow. (Photo by Mark Thompson/Getty Images)

“However, rather than accept an appearance fee, Thomas very generously opted to donate it to our ongoing Football for Good Fund (FFGF).

“The Dane appeared alongside a host of celebrity stars at the event which was hosted by Open Goal presenter and former Celt, Si Ferry, and was delighted to make an impact on our charitable work.

“We announced last week that the FFGF had reached a magnificent milestone of £1.5million, thanks to the generosity of our supporters, and gestures like this one from Thomas will allow us to continue to support the most vulnerable in our communities, when they need it most.

Thomas Gravesen added: “It was great to be back in Glasgow – the two years I had here bring back many special memories for me.

‘I’m very aware of the work that Celtic FC Foundation are doing in the city and in various other places, and I’m delighted that I can help them in this way.’

Tony Hamilton, Chief Executive of Celtic FC Foundation, said: “We are very grateful to Thomas Gravesen and Open Goal for thinking of us.

“Thomas was brilliant at the Open Goal event, and this kindness in not taking his appearance fee means that we can do more for those in our communities who are struggling at the moment.”

We’ve got some brilliant Thomas Gravesen content that we can share with you this evening, so stay tuned…