You are at:Home»Jim's Diary»Madden and theRangers 1 Celtic 0 – Madden is Madden, and Bitton and Celtic really should know that

It is simply not going to happen this year, and it all perished with Nir Bitton’s moment of silliness. It was a foul and possibly even a yellow, but no-one is ever likely to convince me or anyone else of the Celtic persuasion that Morelos was in anything like a goal scoring position.

But Bobby Madden is Bobby Madden, and Nir Bitton and Celtic really should know that. What was even more culpable was the folding and giving up in the latter part of the game, after a desperately unlucky own goal. One felt that the Gods of football had turned against Celtic at that point. Celtic’s players and management seemed to feel that as well.

Neil Lennon is to be blamed for his substitutions, not so much in who he put on, but in who he took off. Griffiths and Turnbull should have been on at the death. Things might have been different otherwise.

Good goalkeeping? Perhaps, but we should have done better, and it is a truism that you have to score when you are on top. Just a shame that we decided to feel sorry for ourselves after the two hammer blows, because sooner or later we would have beaten him. And as always, the best goalkeeper is usually the luckiest. 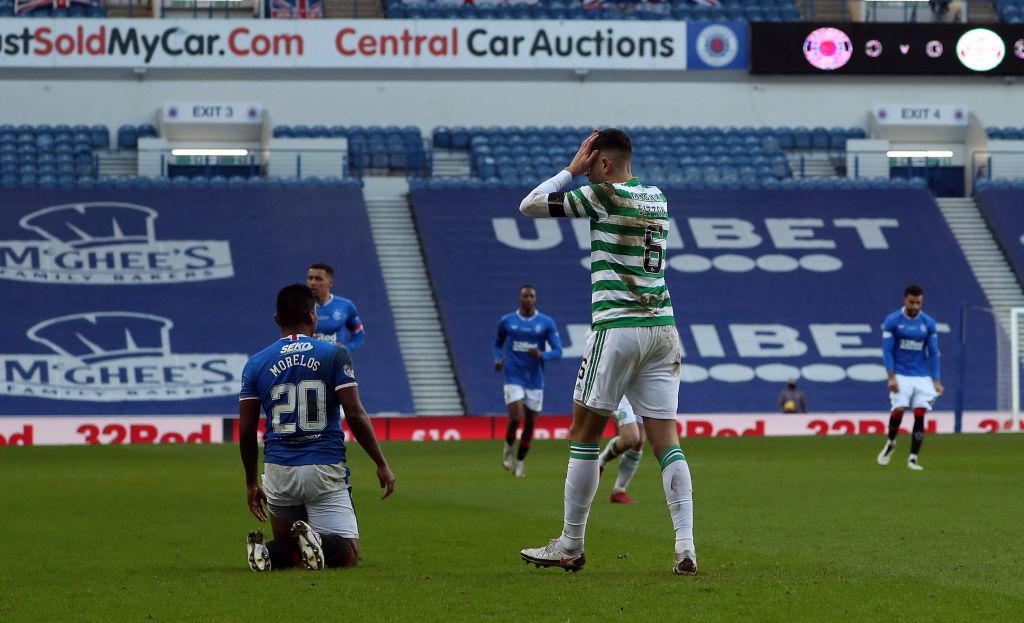 Bobby Madden? Well, I leave it to others to express themselves more volubly, but the big error was the failure to take strong action against Morelos in the first five minutes. Compare and contrast Alfredo Morelos’ and Nir Bitton’s moments of madness. Which one was more likely to injure a man? To his credit, Ally McCoist was very fair about things, but Kris Boyd tried to hide behind “that’s just the way he is” sort of nonsense! No, it won’t do, Kris!

And so the League has gone. We would need to win 19 games and Rangers would have to get beaten by two other clubs – and frankly, much as I would like to kid myself on about Aberdeen and Hibs, it is simply not going to happen. All that remains is to see if Celtic can muster enough resources to won our 41st Scottish Cup in May. 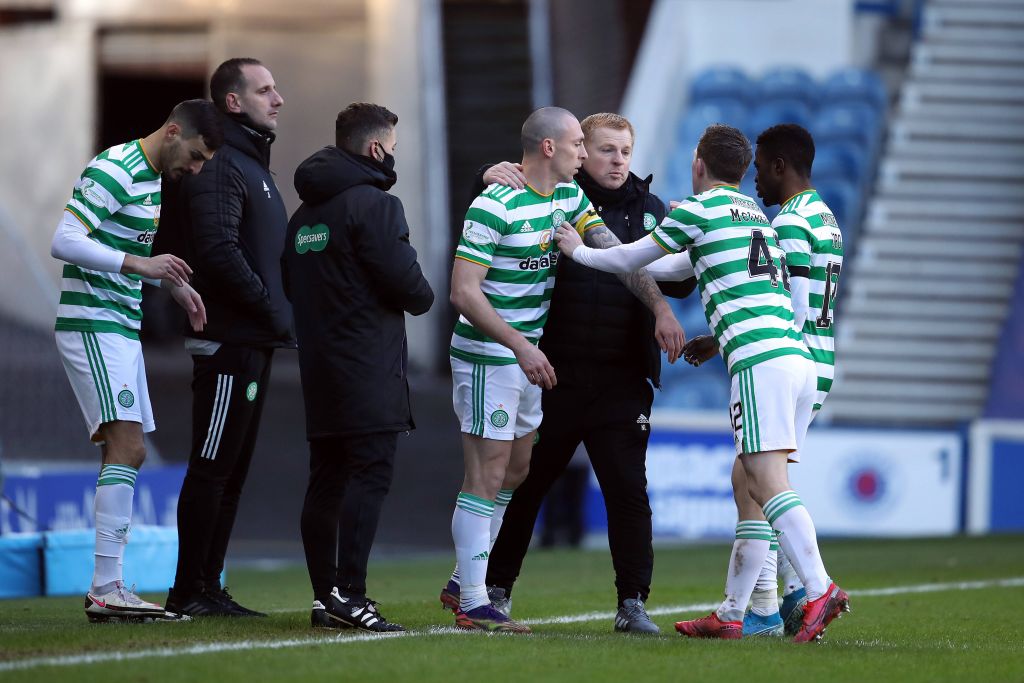 The annoying thing is that Celtic did not play at all badly. Kristoffer Ajer was outstandingly good, and there was no-one that I felt was unworthy of a Celtic jersey. But sadly, the anti-Neil Lennon feelings will rise again. But I feel that the greater danger now is the trip to Dubai. In these circumstances, it is difficult, in these circumstances, not to imagine schisms and arguments developing. It might be an idea to use the Covid argument and stay at home.

Wonder if the compliance offer will be interested in this?. Probably not. pic.twitter.com/wNmfndV8aV