You are at:Home»Latest»Many players did well, but we still lost, and the goals that we lost were all avoidable

This one hurt! The hurt lay in the fact that many players did well, but we still lost, and the goals that we lost were all avoidable. They were basically errors. The second goal was typical in that the man on the wing was left undefended, and he had all the time that he needed to create the goal. The first goal was once again a free header, and we really do have to work on these things. Maybe a return to rigorous man for man marking is what is called for. 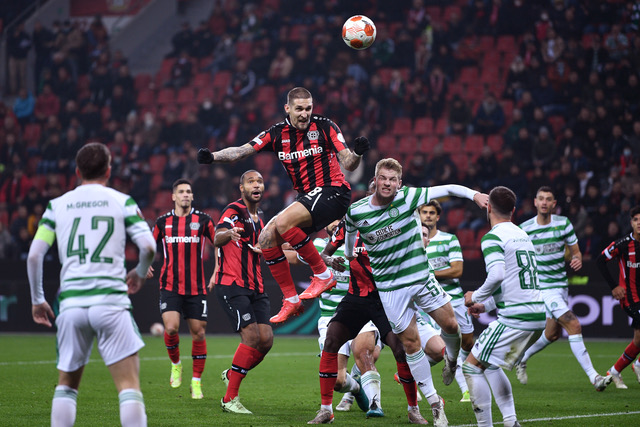 And yet, you could not say that Celtic played badly. They had some fine moments, notably the second goal, but the trouble is that in Europe at this level “fine moments” are not enough. You really have to maintain your concentration all the time and that was again where we were caught out. Bayer Leverkusen were a good side (is that, incidentally, really all the support that they have?) but they were not unbeatable, and for a spell I really did think that we had a chance of grasping that first ever victory in Germany. 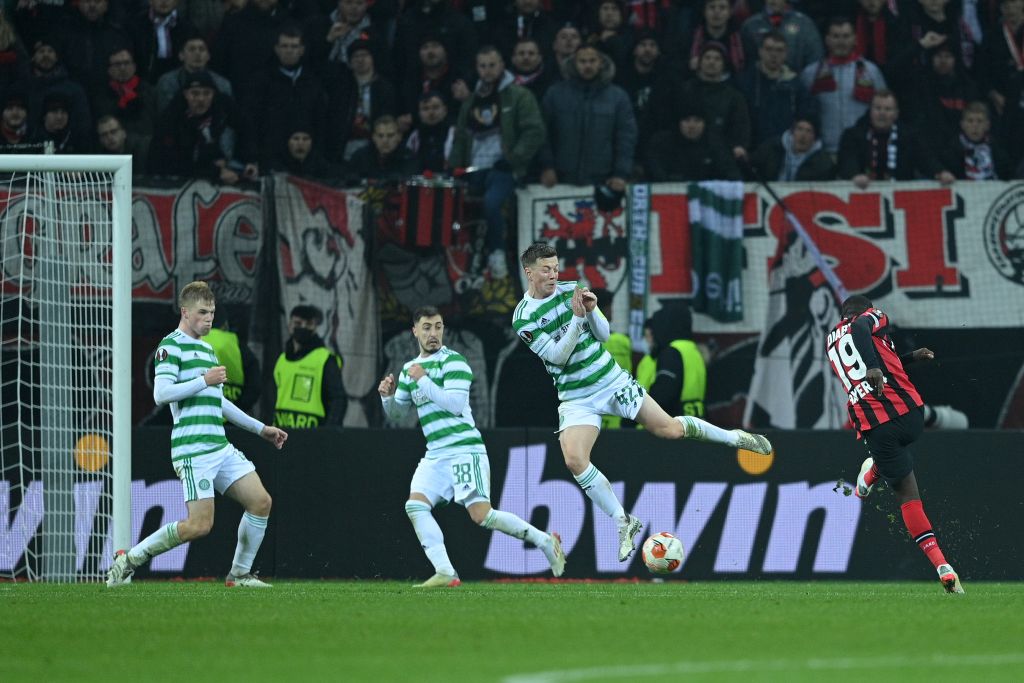 Two observations which may or may not be agreed with. I felt that our two Scottish midfielders McGregor and Turnbull dropped out of the game rather too much in the latter stages of the game when the heat was on. We needed someone to be able to get the ball and hold on to it for a spell to take the heat out of the situation, and that did not happen. And yet they had played so well in the first half, Turnbull in particular.

The other thing that I feel we need is an old fashioned “aerial presence”. Too often we have complained about being suckered as an unchallenged opponent rises majestically to head the ball home from a corner kick. Has anyone ever wondered why we can’t do this in retaliation? Kyogu has many fine qualities, and Jota is a magnificent player, but have we anyone with what could vaguely be described as a good header of the ball prowling on the edge of the penalty box as the ball is about to be delivered? 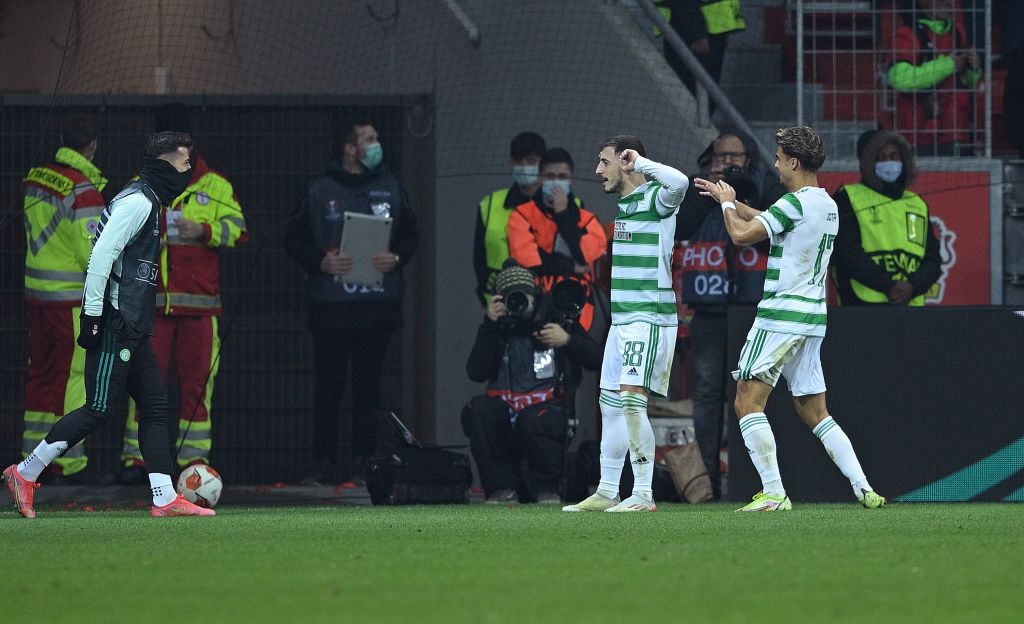 And yet it could all have been so different if we had scored there at the death! What a difference that could have made to the TV audience and the magnificent fans who had made the journey and who showed the German fans what supporting their team was all about! Even the “heat of Lisbon” in the 67th minute!

Joe Hart had one great moment with that double save, Ralston was once again omnipresent but he does make mistakes as his German opponent enjoyed telling him. Juranovic may not always get off with taking a penalty like that and Bitton was once again impressive, but our substitutes generally failed to make much impact. Mikey Johnston in particular is a great player, but he lacks conviction in his own abilities sometimes, particularly when he is in a potentially goal scoring position. 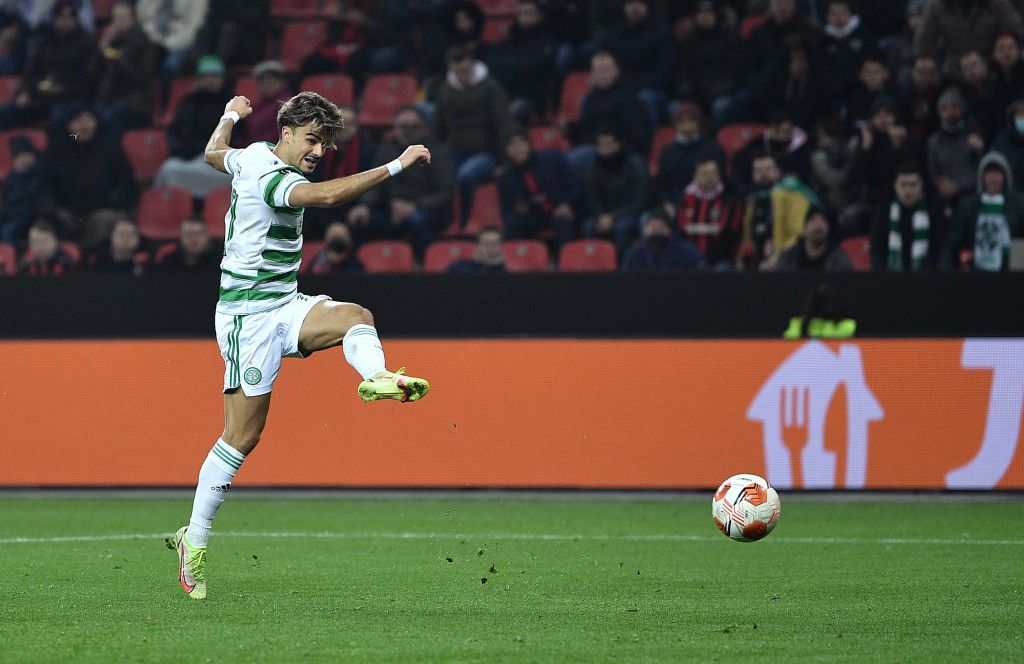 It could have all been so different. As it is, we now have a meaningless friendly at Celtic Park in a fortnight’s time.(At least Carter-Vickers, excellent once again, will get a night off!) That is a shame, for it could have been a great atmosphere inside Celtic Park that night! But Europe must now be pushed to one side and discarded until the New Year. The important thing is now Aberdeen on Sunday and Hearts next Thursday. Let’s make Celtic Park rock for both these games!

As for Chris Sutton and Stilian Petrov talking from an empty Celtic Park, well we don’t really have to comment on that, do we? We know what has caused that! But I was getting worried about the health of John Hartson. He was getting almost as excited as I was!

Possibly in the grand scheme of things, this defeat might turn out to be not as significant as we feel it to be at the moment. That does not prevent it from hurting tonight. It is now up to Ange and the players to rally and bounce back for Sunday afternoon.