You are at:Home»Latest»Marshall, Siegrist, Heaton, Pacheco or Woodman? Five Goalkeepers Celtic Could Turn to This Summer

Celtic will likely be entering the transfer market for a new No.1 this summer, one year after Vasilis Barkas was signed from AEK Athens in a deal worth £4.5m. Barkas, a Greek Internationalist, was given the task of replacing not one but two excellent Celtic goalkeepers, Craig Gordon and Fraser Forster. Forster returned to Southampton following his loan deal expiring whilst Gordon was allowed to negotiate terms with Hearts and leave on a bosman.

Eddie Howe is the favourite to become Celtic manager, and has been for some time. The fact that his announcement has been delayed can either be due to the fact that the deal is done and they are waiting for the right time to announce it or they haven’t agreed anything yet. Either way, Celtic fans are rightfully panicking as the new season nears. One position that needs attention from Howe is the goalkeeping position. Barkas failed to impress and was soon deputising for Scott Bain then Conor Hazard, two players that struggled for appearances on the bench last season.

As a result, there are five potential, affordable solutions that Celtic should be looking at as they look for a new No.1.

David Marshall is Scotland’s No.1 and national sweetheart after blocking a penalty to send Steve Clarke’s sides to the Euros. The 36-year-old has been part of a poor Derby side that are currently battling against relegation. Yet even so, he would be an improvement on Barkas, Hazard and Bain, who have all proven that the task of replacing Forster and Gordon is too big a task for them. As a result, the new manager may be tempted to sign the former Celtic youngster who has just a year remaining on his deal with The Rams.

Marshall burst onto the scene with a captivating goalkeeping performance at the Nou Camp, earning Celtic a clean sheet, which incidentally had the feel on a mobile casino win for the Celtic fans in Barcelona that night,  with some breathtaking stops. The ex-Wigan goalkeeper started his career at Celtic before departing in 2007 after Gordon Strachan opted for Artur Boruc. 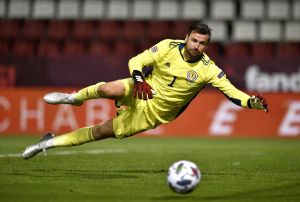 Looking to the Scottish market, Siegrist has been one of the outstanding goalkeepers this season in Scotland. Reflex saves from point blank range and brave keeping, diving at the feet of opposition attackers Siegrist has had an inspired debut season with United. The 29-year-old has actually made just 162 appearances, with over half of these coming in the last three years at Tannadice. Siegrist has a year remaining on his deal with Micky Mellon’s team but may fancy the move to Celtic, following the path of Lukasz Zaluska. 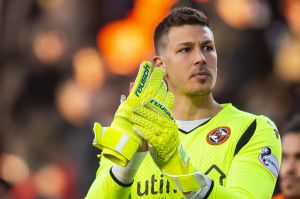 Tom Heaton, 35,  could be the answer to Celtic’s problems as the England capped goalie looks to play regular first team football after a horror injury saw the then-Aston Villa captain spend nearly a year out injured. Heaton sealed a move to Aston Villa in 2019 but suffered a serious knee injury in a win over Burnley in early 2020. Since then, Villa signed Martinez from Arsenal for £18m and Heaton’s game time has dried up with outings for the Villa U23s. Heaton has played 377 games in his career, making 3 appearances for England in spells in England’s top flight and the Championship. 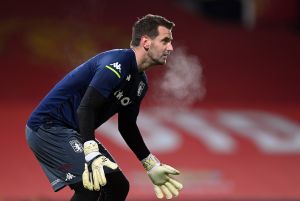 Pacheco represents the higher end of Celtic’s price bracket with the Basque side reportedly open to selling the ‘keeper for £8.5m. Alaves sit 16th in La Liga and will be looking to preserve their status in the league, which is hanging in the balance with just a one point lead over relegation-placed sides below them. The former Real Madrid prospect has been incredible this season and has won many plaudits for his performances in goals but also in leading the team, as captain. The 28-year-old has over 200 appearances for Deportivo Alaves since moving in 2015 with them in the second division but handled the transition to La Liga with ease as they maintained their place in the top tier. 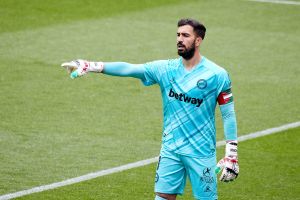 Freddie Woodman presents a long-term No.1 option. Much like Fraser Forster, Woodman has struggled to nail down a starting role at St James’ Park and has been forced to go on loan to play football. The 24-year-old has spent the last two seasons on loan with Swansea City in the English Championship and has impressed. However with Martin Dubravka as the Magpies No.1, Woodman could seek a move elsewhere in the search for permanent, first team football. The move to Scotland won’t daunt Woodman, with the ex-England U21 keeper having spent time on loan with Kilmarnock as well as Aberdeen. 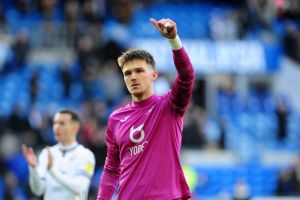 Pacheco would certainly be an ambitious coup for Celtic and one that would signal the club’s intent to regain the league title. Allan McGregor this season and Fraser Forster last season have showcased that a top goalkeeper can make the difference between three points and none.