You are at:Home»Latest»Martindale’s comments on Livingston’s Poundland plastic pitch ensures Scotland gets the football it deserves

Ahead of our game tomorrow against Livingston at the Toni Macaroni Stadium , David Martindale has remarked about the pitch being ‘horrific’ in the hopes it prevents Celtic from playing football.

“Hopefully everybody has told them how horrific the park is and they are looking forward to it,” the 47 year-old Livingston manager said at his pre-match Media Conference yesterday, as reported by Daily Record.

“Within these four walls, we are expecting to go and try and pick points up on Sunday. “I have got to try and use every advantage I have got. The park is obviously horrific, which helps us.

“But, listen, they have played a hard European game and from my point of view, the game went very well in our favour because it was a really, really difficult game for Celtic, albeit they were very, very good in moments of the game. But the way the game went, you could see they were putting a lot into the game, there was a lot of energy, and the temperature obviously.

“I don’t know when they travelled back but all these factors and variables can only help us on Sunday and we have got to try and use that to our advantage.

“We were talking about that in the office the other day. Historically, and I’m not just looking at Celtic, when teams have played away in Europe there is always a wee bit of a lull when they come back to their domestic leagues. So I think we have got to utilise that as best we can”.

Now, let me firstly through a disclaimer out there and say that I have no problem with playing to your strengths as a football side. However, actively celebrating a pitch that does not allow for football to be played on is a stern reminder of why Scotland has the football it deserves. 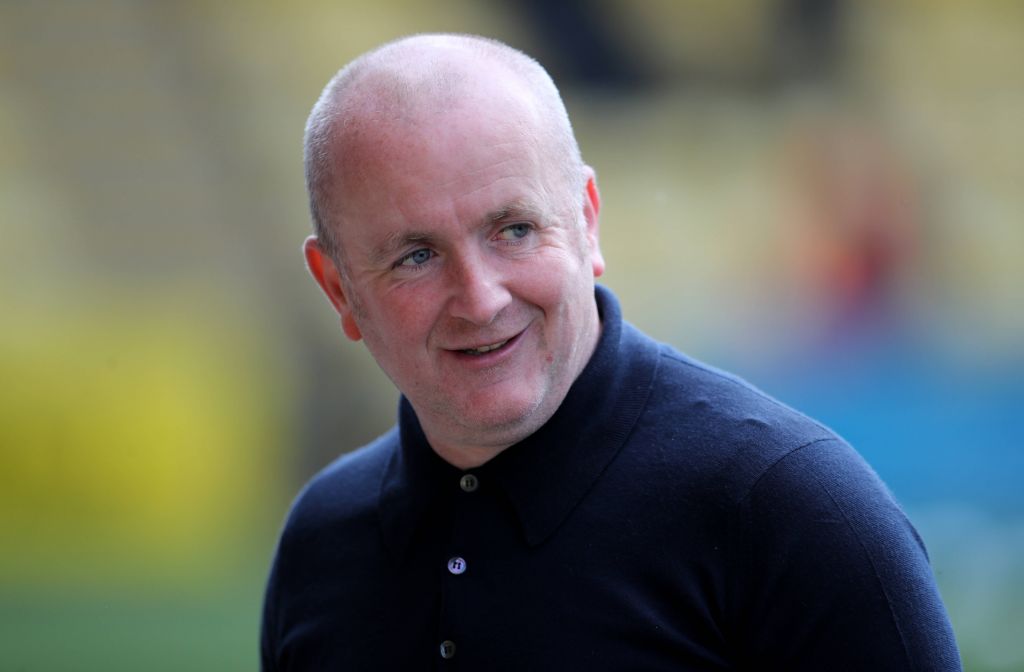 People sitting and wondering why we only just qualified for a major tournament in the first time in 20 years, look no further. All the answers are contained within this hypothesis by Mr Martindale. Football doesn’t actually matter apparently. Heck, why not just play rugby or British Bulldog on Sunday?

Pragmatism must be adhered to when you are a provincial club, granted, but to suggest that having a pitch that thwarts the purpose of the whole activity we are involved in, seems incomprehensible.

Celtic have a fraction of the budgets that teams in Europe have, but we still turn up and have a go. Yes, of course we have had a fair few bloody noses along the way, but that doesn’t mean we should stop trying to play the game we love. The easy answer is always to find a way to put an opponent who has superior talent off; it takes guts and steel to try to better yourself by engaging in carpet football. When people remember the great teams of years gone by, they remember Ajax and their total football team of the 70’s, Guardiola’s infallible Barcelona, and lest we forget the glorious Lisbon Lions of 1967. Teams that have gained notoriety by playing football with panache and flair.

“Do we undersell ourselves? I think we do.”

Insightful stuff, as ever, from Livingston manager David Martindale.

This time on the SPFL review which aims to unlock ‘significant additional revenues’ for all in Scottish club football.

Before anyone thinks that I’m an airheaded idealist, I can assure you I’m not. A certain degree of protection must be given to any teams’ players to avoid morale-sapping batterings. All I am advocating for is that football in this country enters the 21st century. It reminds me of the 1998 Only an Excuse sketch, when Jonathan Watson imitates Jim Farry saying: “The findings of this think-tank I believe, will see Scottish football finally enter the 20th century… just as the rest of the world enters the 21st!”. That, ladies and gentleman, is what is wrong with our football in microcosm.

David Martindale’s comments yesterday are merely an unwelcome reminder of the fact. Meanwhile, have a watch of the sketch below. (At the very beginning 2-8 seconds)