Celtic sent out a confident team to face Hibs in Edinburgh this evening, fresh from a late, late win against theRangers on Sunday. A victory therefore may have been hoped for, the 6-2 win that came about however was certainly less expected but more than welcome as Celtic stormed to the top of the SWPL1.

Considering how the first half began with Hibs on the ascendancy and playing some wonderful football with Celtic in turn forced to defend deep, it looked a little like Celtic may be in for a really tough encounter in their SWPL1 encounter with Hibs at Ainslie Park tonight.

Yet by half-time Celtic and Hibs had shared six goals, though perhaps shared isn’t accurate considering the only gift Celtic handed over was when Natalie Ross gave away a penalty with a rash tackle 20 minutes into the game. By that time Celtic who had been both electric on the break and clinical and classy in front of goal throughout the first period were already two goals to the good. 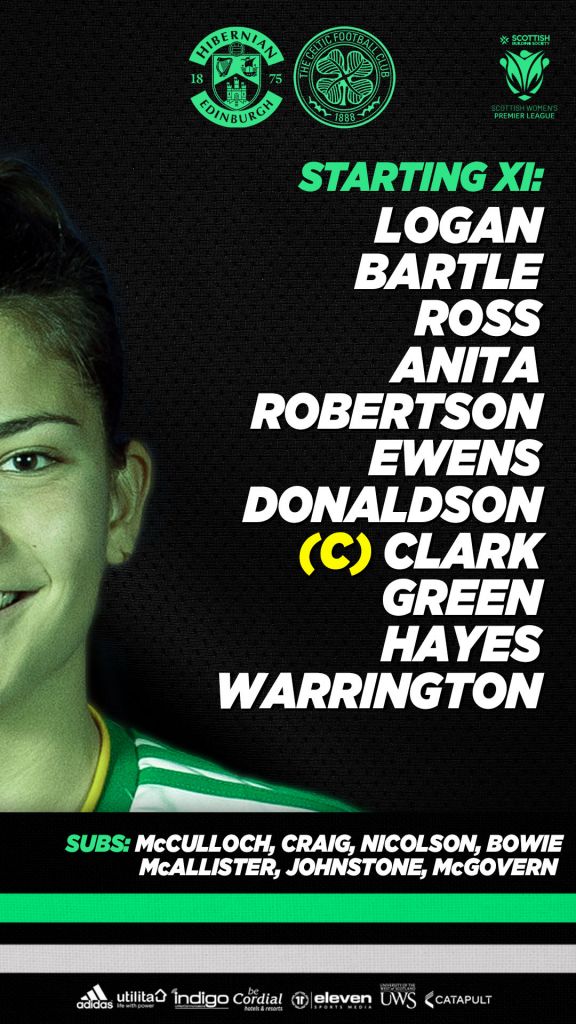 Hibs may have started best, and the opening goal was certainly against the run of play, but it was one you had to admit was fully deserved for the player involved. The goalscorer Jodie Bartle had been denied a perfectly good goal in the derby at the weekend so you certainly couldn’t say she hadn’t earned her moment of glory, as the Celtic defender scored from a corner gained when Bartle herself had assisted a Rachel Donaldson effort that was tipped around the post by Hibs Sophie Allison.

Celtic’s second was a wonderful goal as first Lisa Robertson gained possession, held onto it with sheer determination, then pirouetted in the middle of the park before feeding Rachel Donaldson in space who in turn found Anita breaking the offside trap. Anita then produced a Larssonesque chipped finish beyond Allison and into the net for 2-1.

Celtic were then to add three further goals before the break. Anita added her second of the evening after a goalkeeping fumble left the on-loan Atletico Madrid striker with a tap in. The build-up play from both Sarah Ewens and Summer Green was simply superb.

Then five minutes before the break came a world class goal from the Celts. Lisa Robertson produced a 30 yard left footed rocket that flew past the keeper and into the net, supplied by a stylish assist from Natalie Ross.

Another goal for Celtic after this strike from Natalie Ross ⚽️

Then, just when we all thought it would be 4-1 at half time and would have been more than happy with that, Natalie Ross fully atoned for the earlier penalty concession to make it 5-1 on half-time, latching on to a fine through ball and calmly taking a one touch finish beyond Allison into the bottom corner, to finish off a breathless first half.

The second half however didn’t start so well for Celtic as an over hit corner kick to the back post was defended poorly by Anita, the ball broke kindly to Hibs Charlotte Potts who stabbed past Chloe Logan to make it 5-2. However, Hibs hopes of an unlikely comeback were soon set-back again and once again Celtic’s combination play in midfield was top class.

Natalie Ross and Summer Green linked up superbly before Green sent a 20-yard looping finish over Sophie Allison in the Hibs goal who was by now starting to look somewhat shell-shocked by just how little protection she was getting from the Hibs defence.

In truth the game couldn’t continue at that pace and for the first time in the game both sides seemed to slow a little as a picking up wind played havoc with the final execution of passes from both sides and the game petered out for the last half hour.

From the secure handling of Chloe Logan, through a back four marshalled superbly by captain Kelly Clark Celtic were superb tonight. Despite how the scoreline appears that Celtic defence earned the right for the midfield and forward players to play on the counter attack, in the first half in particular. 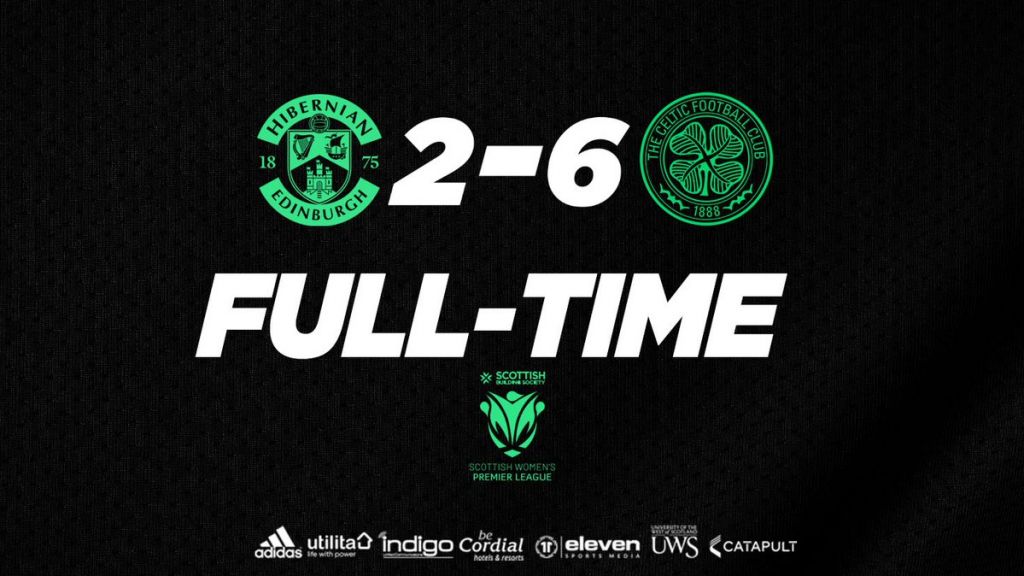 In midfield Natalie Ross, Lisa Robertson and the drifting Summer Green were all on the same wavelength, while Donaldson and Ewens both impacted the game on the break, and in Anita Celtic started to see just why the Atletico Madrid striker has come with the reputation she was. The lofted finish in particular would in any other game have been the pick of the bunch had it not been for Lisa Robertson’s worldy from over 30 yards out.

If Celtic are looking for a team to play at Killie, Livi or Hamilton this season, Neil Lennon could do a lot worse than look to a few of this team as they were simply fantastic on plastic tonight.

Fran Alonso was expecting a tough match these evening, and early doors it looked like it was going to be just that, but clinical Celtic saw off the challenge of one of the best attacking sides in the SWPL1 with an intense and focused performance throughout.

That’s it for tonight folks as Celtic take the 3 points!

Not many teams will defeat Hibs at all this season on their own patch, such is their speed of thought and possession, never mind by the margin the Celts managed tonight.

This performance has been coming however, as Celtic have gone from strength to strength since an opening day defeat to Glasgow City. Celtic on tonight’s 6-2 win look every inch the title contenders they threaten to be this season as they go joint top of the league with Glasgow City. Let’s hope this win is part one of a winning double over Hibs this weekend. The baton now passes to Neil Lennon and the Bhoys tomorrow afternoon at Easter Road.