You are at:Home»Latest»Matt Corr to run Tokyo Marathon for Celtic FC Foundation

MATT CORR, one of our fine team of contributors on The Celtic Star, is featured today on Celtic TV.

Matt, you may recall ran the New York marathon last year to raise funds for The Celtic FC Foundation.  You can read about his experience in New York HERE.

Now he’s doing it all again – this time taking on the Tokyo Marathon, once again to support the Celtic FC Foundation. 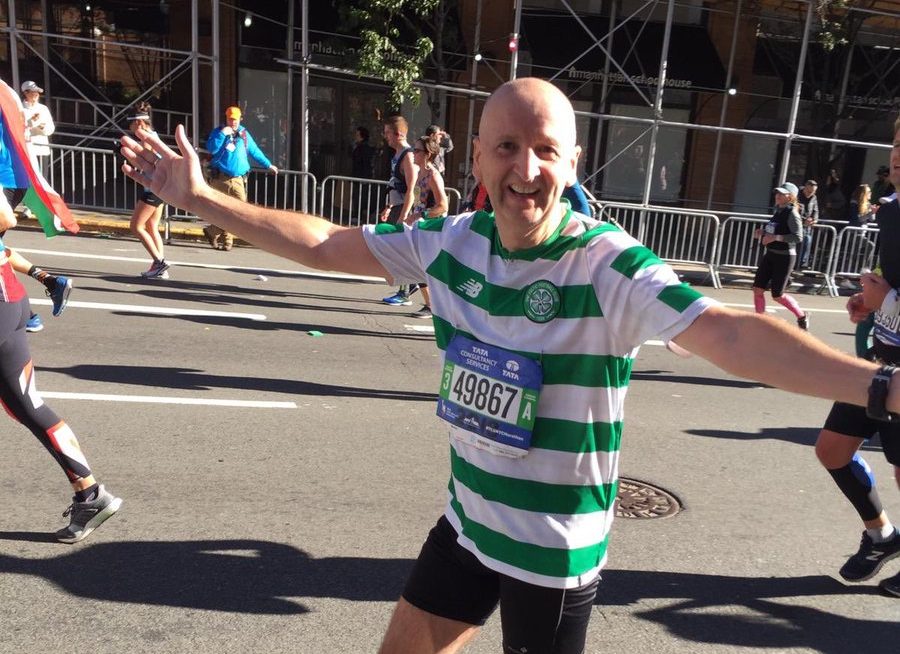 He is one of Celtic Park Tour Guides so if you have been fortunate enough to have taken the tour, you might recognise our man.

Matt also writes Diary pieces for The Celtic Star on the European away days and this season he’s written about out trips to Athens, Salzburg, Leipzig and Trondheim and he’s currently in the middle of writing The Valencia File for The Celtic Star – there have been 4 parts published so far with more to come.

Watch Matt’s interview on Celtic TV today and if you can, please sponsor him for the Tokyo Marathon where he’ll be wearing the Hoops…

????‍♂️ “I did my own winter training camp in Dubai, at the same time as the team was there!”#CelticFC tour guide @Boola_vogue is running the #TokyoMarathon???????? to raise funds for @FoundationCFC. pic.twitter.com/T6joeAgPLe

Previous Article‘On Sunday, we go to Mass at 9pm to pray in the Catholic Church,’ Rangers star
Next Article ‘The 20 yard penalty box? We’re going to get one at Tynecastle,’ Levein