You are at:Home»Latest»‘McGinn can improve ten-fold working with Rodgers,’ Scott ‘Boxer’ Bain

SCOTT ‘BOXER’ BAIN reckons that Celtic target John McGinn would be a huge success at Parkhead, if the club sign him from a rather reluctant Hibs.

Celtic had an initial £1.5million bid rejected by the Edinburgh side earlier this week but the Champions have shown their intent by going in with an improved offer as Brendan Rodgers looks to add to his squad ahead of the vital Champions League qualifier in Armenia next week.

Bain got a chance to see McGinn up close when he was at Easter Road on loan for a month from Dundee – after his bust up with Neil McCann. His own time at Hibs was cut short though as Celtic came calling and Bain was to join Celtic on loan to see out his contract with Dundee, before signing a deal with the Champions in May.

And Bain reckons that should McGinn follow him on the same road across the M8, then things will work out just fine for the midfielder who is from a Celtic supporting family.

“John has a strong mentality and that’s one of the biggest aspects of playing for Celtic,” Boxer said.

“The levels demanded of you are so much higher than everywhere else that you need to be on it every day.

“I think John definitely has the mentality to handle that. Some players just love the big occasion and and he has shown that in his career.

“John is a good player. Everyone has seen how powerful and strong he is, and he can pass the ball.

“I have known John for a while and I played with both his brothers too. I don’t think joining Celtic would faze John. He has good character. 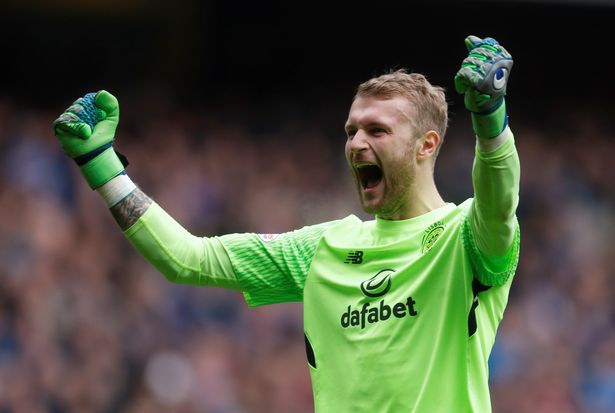 “He believes in his own ability and has the quality to back it up.”

Bain also reckons that getting the chance to work with Brendan Rodgers will be a huge attraction for McGinn, who has one year left on his contract at Easter Road.

“John would fit in at Celtic and I think it’s always good to have that Scottish core at a club like this. They know the values and what it means to play for the club.

“John is just a great lad to have about any club. Any player coming to Celtic would also learn a lot from the manager.

“If they are prepared to work and listen to the gaffer, they will improve ten-fold.”

Previous ArticleOn the eve of the new season Celtic sell our best player
Next Article ‘Kieran Tierney? Sorry To Keep Going On About It, But…’ David Potter