You are at:Home»Latest»Miller scoffs at Nineties Celtic Comparison and compares Ange Postecoglou to Billy McNeill

Celtic have endured a somewhat tumultuous start to their new SPFL season, under the watchful eye of Ange Postecoglou. With results a mixed bag, Ange and his team find themselves 6th in the table and six points off top spot.

This however, is nothing to worry about according to former player, Joe Miller, who insists that the current situation is a far cry from those dark days of the 1990’s. Miller said in an interview with Daily Record. “It was a different world back then. In the last 25 years it’s been Celtic and Rangers just about every season but back then there really was a top six.”

“The likes of Aberdeen, Hearts, maybe Dundee United and Hibs would all be thinking at the start of the season they could be in with a chance of winning the league. Aberdeen finished second a good few times at the start of the Rangers run and they nearly won the league at Ibrox one year. The gap between the big two and the rest is much bigger now.” 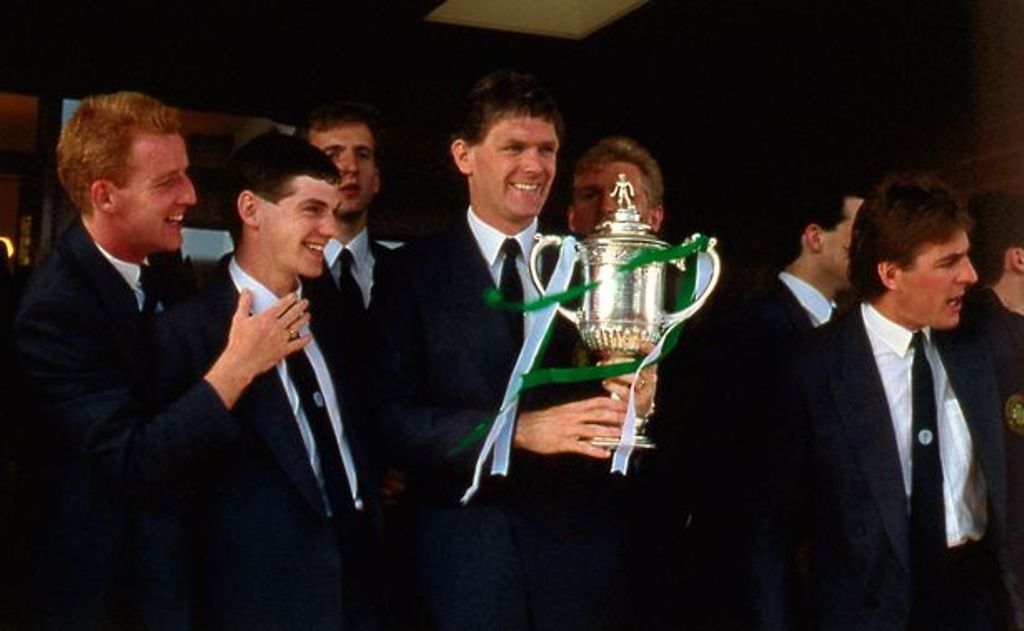 “It’s like they say, if you’re not first in Scotland, you’re last. It was like if you didn’t win the league it was a disaster whether you finished second, third, fourth or whatever. We won the Centenary Double but the problem we had is we didn’t build from a position of strength.”

“A few of the lads were getting older, a few left, and those were the days of the old biscuit tin stuff around the board. Rangers were spending big but we had problems behind the scenes. Celtic Park needed a lot of work, the board were under severe pressure, it was a difficult time.”

“I know Celtic fans were not happy last season, but it’s nothing like the 90s. There is a rebuild needed but the club is in a strong position now. It just might take time. It’s not been the best of starts for Celtic but it was always going to be a bumpy ride in the first few months.”

Miller, who was a hero of the historical Centenary Double-winning Celtic side, also claims that injury has played a major part in the mixed result so far. He added: “The manager has come in and made a lot of changes. The new players need time.”

“He’s also been hit by a lot of injuries to big players, and that’s made it tough as the squad is still a bit light. But you could see the improvement when they were all fit. They’ll get players back, they will also bring in more in January. It’s far too early to talk about finishing behind Hearts and Hibs as this Celtic side will get better as it goes along.”

The ex-winger believes that Hibs and Hearts early start might not last the distance, whilst he says that Celtic fans will have to be patient with Ange over the course of the rebuild. He continued: “We’ve seen it before with teams getting off to a good start. It’s a different story when you need to maintain it over the course of a season.” 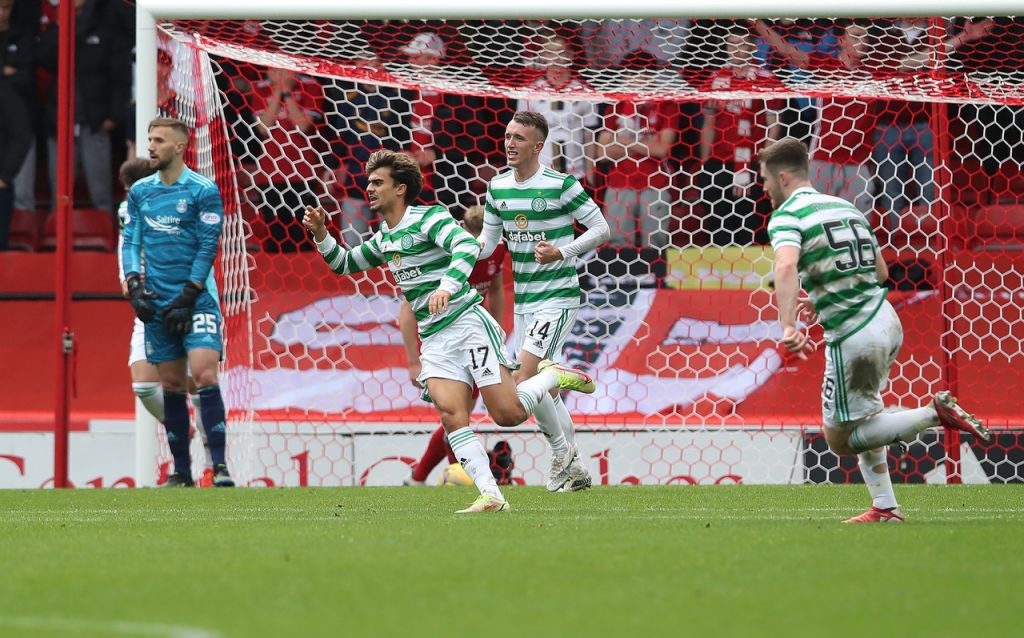 “The Edinburgh sides have started well but they’ve not hit their difficult spells yet. They’ve not had to cope with injuries and suspensions, or maybe a dip in form. This season might be too big a step for Celtic in terms of winning the title, but I’d still expect them to be ahead of the rest of the competition.”

“I was surprised when they went for Ange but he’s a guy I know a bit about. I played against his South Melbourne side when I was with Parramatta Power in the old National Soccer League.”

“But I crossed paths with him again when I went back to Australia a few years later. I was doing some coaching and he was heavily involved with the Socceroos youth set up. He was gaining a reputation as a coach back then and I wasn’t surprised to see him go on and be successful with clubs Like Brisbane Roar and Melbourne Victory before taking the national side.” 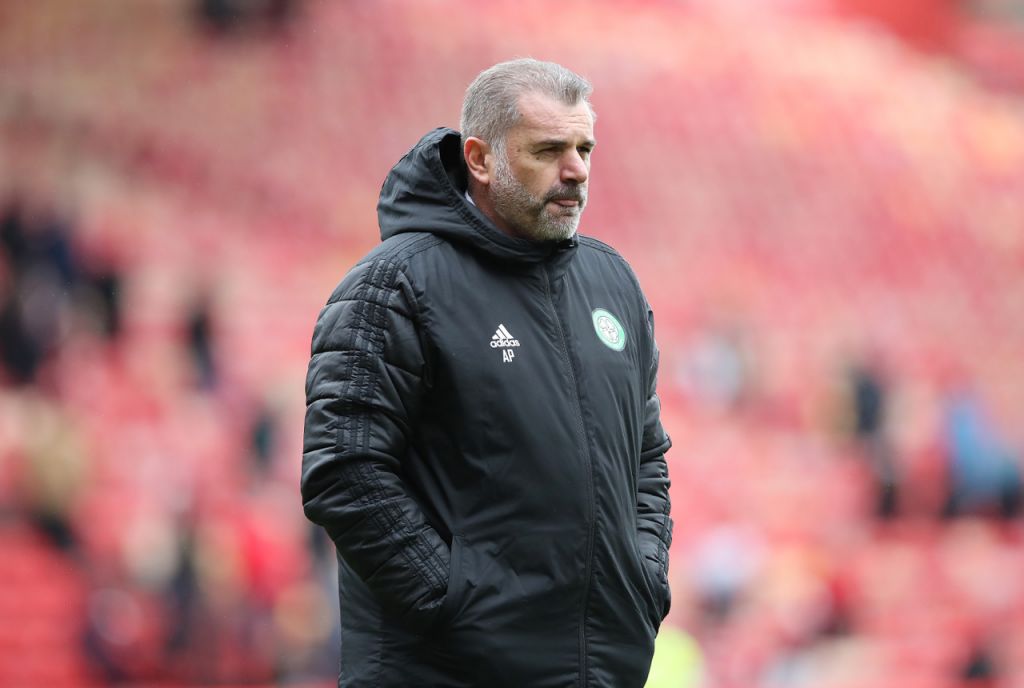 “He is a huge name in Australia and I’m sure they are watching with interest how he gets on over here. Even back then he had big ideas and you can see he’s carried that all the way through his career.”

“He certainly likes to play the Celtic way. I remember big Billy McNeill used to have the attitude if they score two, we’ll score three, and it looks to be the same with Ange. The defence still causes a bit of concern but the attacking players have looked the part so far.”

“It’s about consistency and putting a run of results together over a long period of time. We’ve seen Celtic turn it on when they are on form, but they need to be able to do it week in, week out to maintain the challenge. It’s been tough to overtake Rangers in his first year as they are a settled side but it will be interesting to see if they can put up a fight.”

Joe is definitely on the money here, Celtic should be at the very least finishing second with this current crop of players. If Ange and the Bhoys can put together a winning run that takes them to Christmas and still in the hunt, hopefully a few more additions could see us take the other mob to the wire – who knows, we might even sneak it…

Celtic On This Day – 9th August – David Potter’s Celtic Diary
“Embarrassed. Pride’s hurt. We let ourselves down. We let the club down,” Dean Gibson
Celtic Pools – Helping create winners on and off the pitch
Previous Article“It’s incredible,” Odsonne Edouard on those Beautiful Sundays
Next Article Australian states the Bleeding Obvious regarding Ange Postecoglou