NEIL LENNON this evening piled the pressure on Ibrox rookie boss Steven Gerrard ahead of his side’s vital Premiership match at Easter Road on Friday evening. On form Hibs, who beat Aberdeen comfortably in their last home game, also looked lively in their 2-0 defeat at Celtic Park at the weekend.

And those performances have set Jack Ross’s side up for a crack at the Ibrox side on Friday night. The visitors desperately need a win to keep on Celtic’s coat-tails but the former St Mirren manager will be looking for a big scalp to give the Hibs fans an ideal Christmas present.

Hearts started on the front foot in the difficult conditions and Celtic, without their full contingent of supporters inside the ground, struggled to get going in the opening half hour. Then Brown and McGregor combined in the centre of the sodden pitch to win the ball and Calmac found Forrest in some space on the left. He combined with Edoaurd before bumping into Ryan Christie and the Highlander trapped the initiative by driving the ball into the bottom corner of the net to stun the Hearts support behind that goal.

At the other end of the pitch the reaction was entirely different as the Celtic end erupted. And The Bhoys on the park certainly celebrated in some style.

Forrest could and should have made it 2-0 shortly afterwards but uncharacteristically failed to hit the target. Minutes later Forrest roasted Berra for pace to reach the byeline and his cut back was met by Olivier Ntcham who showed his class with a wonderful finish.

There ended the scoring. In the early part of the second half McGregor had the ball in the net but was flagged for offside. Edouard hit the bar with a looping header and there were three or four other half chances that could easily have found the net. In the latter stages Celtic settled for what they had, Forrest was replaced by Bitton and Edouard was given a rest when replaced by Leigh Griffiths in a double substitution.

The pressure is now on Gerrard which is looking like a must win match for the Rangers. Hibs will fancy their chances.

Celtic then play Aberdeen at the weekend, St Mirren on Boxing Day and the Rangers on 29 December, Neil Lennon has set his players the task of winning all these matches, which will guarantee an eight point advantage AT LEAST going into the the New Year.

Tonight’s win in the pouring rain on a heavy, sodden pitch has the feeling of being one we’ll look back on come the nicer weather in May. Well done Celtic. Hoops fans everywhere enjoyed that tonight, including the President of Albania. When is he getting an invitation to visit Paradise?

Man of the Match – Olivier Ntcham 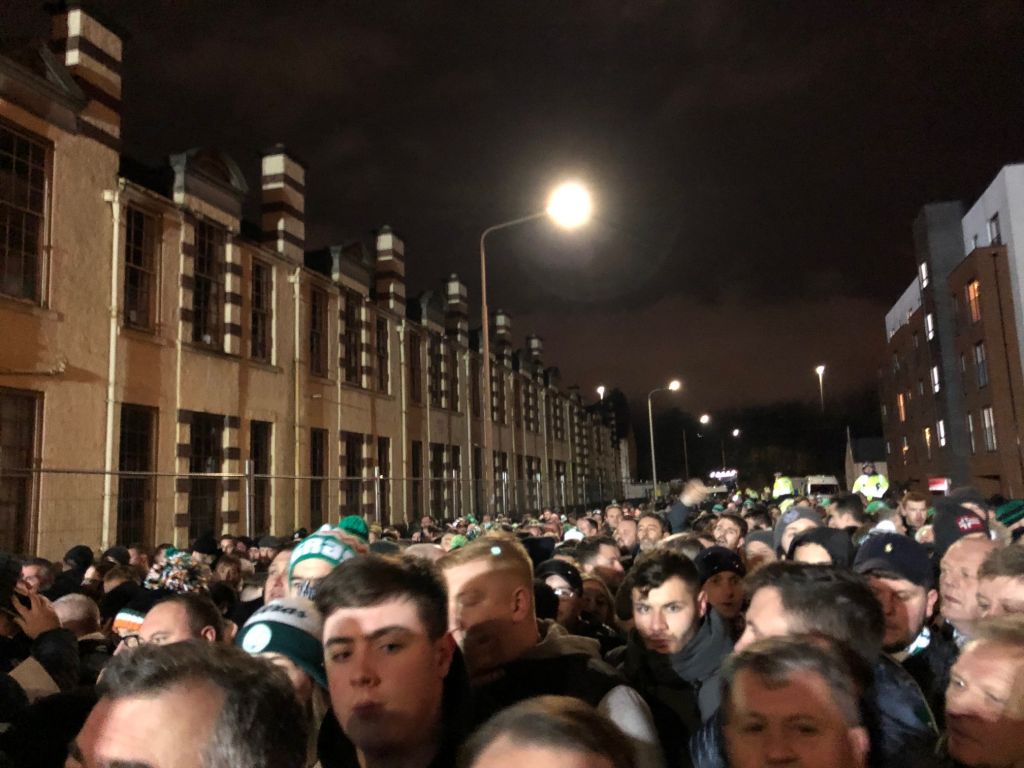 Previous ArticleVideos – Watch Ryan Christie’s sensational opener and Ntcham’s fabulous finish for lethal Celtic
Next Article ‘Let us not count chickens or maybe at this time of year, that should be turkeys,’ David Potter