You are at:Home»Latest»Mixed Injury update as Turnbull is fit but Giakoumakis ruled out of Hampden showdown

Chris Sutton has today been discussing the selection headache Ange Postecoglou will be enduring in the lead up to Sunday’s Scottish Cup Semi-Final, stating there are a few crucial decisions that the Australian will need to get correct if the Celtic manager is to continue his quest to claim the treble in his first season in Scottish football.

Early news from today’s Celtic media conference seems to indicate that in-form striker Giorgos Giakoumakis is going to miss out on Sunday after what seemed like a hamstring injury sustained last weekend against St Johnstone, another game the Greek marksman managed to score in before having to be substituted off due to his injury. Ange Postecoglou however had better news on David Turnbull, his other injury concern from last weekend who has apparently been declared fit and available for Sunday’s Hampden showdown, according to the Glasgow is Green podcast, presumably representing The Celtic fan media today.

GG is ruled out of the game on Sunday.

Turnbull is fine for it, however.

There is no doubt Giakoumakis will be missed but fortunately for Celtic as we lose one of our best goalscorers through injury, we are also getting one back, with Kyogo making his long awaited return last Saturday. It’s doubtful whether Ange Postecoglou will want to risk the Japanese star from the start, but we are more than likely to see the fan favourite take to the field at some stage of the contest. 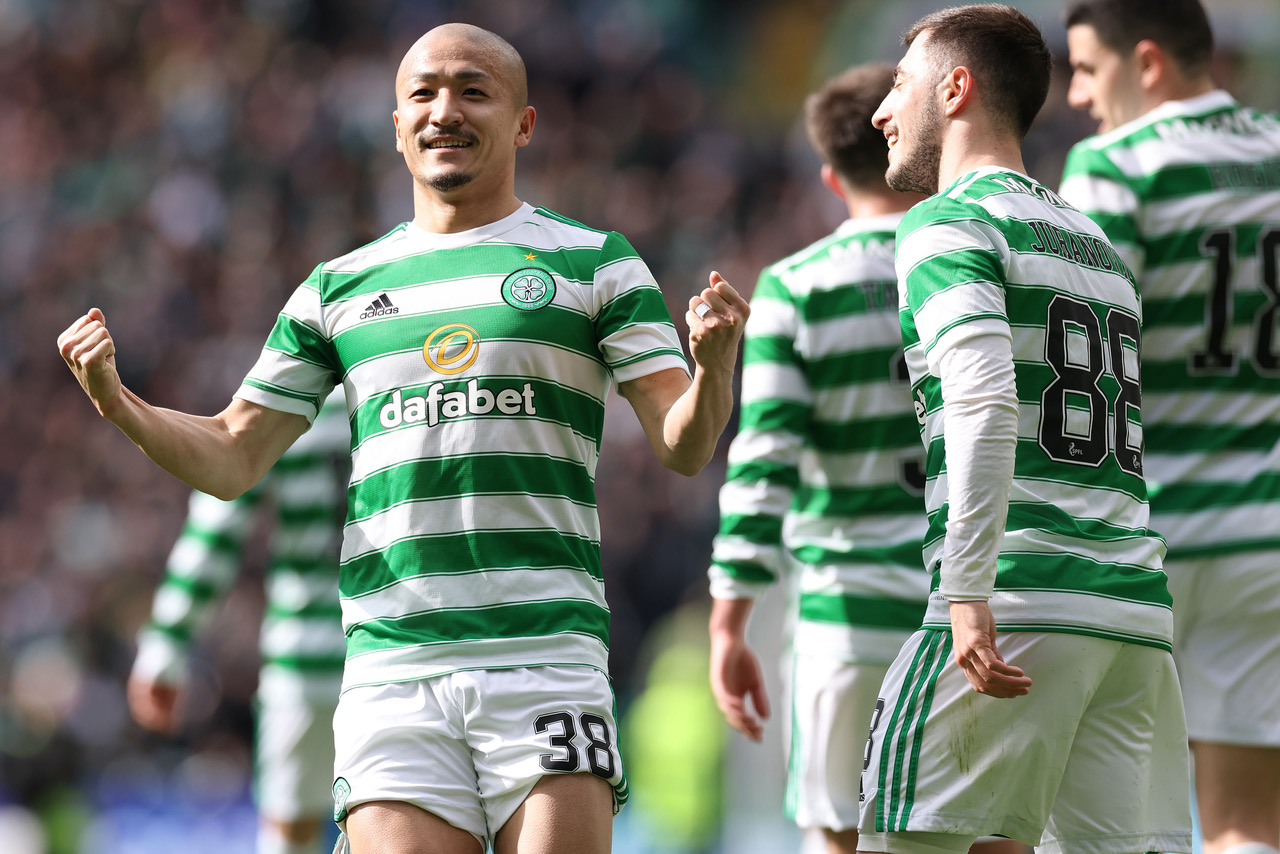 The Celtic manager also has Daizen Maeda to call upon if he doesn’t think Kyogo is quite ready to start such a crucial match. Maeda has worked hard over the last few weeks to win the hearts of the Celtic fans, putting in unbelievable shifts as Celtic have increased their lead at the top of the Premiership.

Whoever starts up front for Celtic in Sunday will no doubt give theRangers backline problems, with plenty of options available on the bench to change things around if required.

The only other area up for debate is in midfield. Here Sutton feels like Tom Rogic done enough in his last outing against Sundays opposition to retain his place ahead of Matt O’Riley who scored two excellent goals against St Johnstone last weekend. The former Celtic striker also predicts we could see Liel Abada coming in from the start after being used less frequently recently.

In his weekly column in Daily Record, Sutton said: “There are selection issues for both managers. Postecoglou might have a decision to make up front, with Giorgos Giakoumakis looking like he’ll miss out (now confirmed).

“The Greek will be a big loss as he’s been a massive player since coming back from the winter break. Does he go with Daizen Maeda through the middle or hand Kyogo Furuhashi a dramatic first start since the turn of the year? I can’t provide the answer as I’ve not seen Kyogo in training.

“For all we know he’s been flying behind the scenes and is ready to go straight back in. You would have to think he’ll need a bit of time to get his sharpness up though. And at least there wouldn’t be any concerns over Maeda getting the nod. It’s amazing to think he had his critics just a few weeks ago.

“However, now he has turned in to a cult hero among most of the Celtic supporters. I can see why. His work-rate is phenomenal and the ability to make sprint after sprint in behind the Rangers backline played a huge part in their crucial Ibrox victory just under two weeks ago. 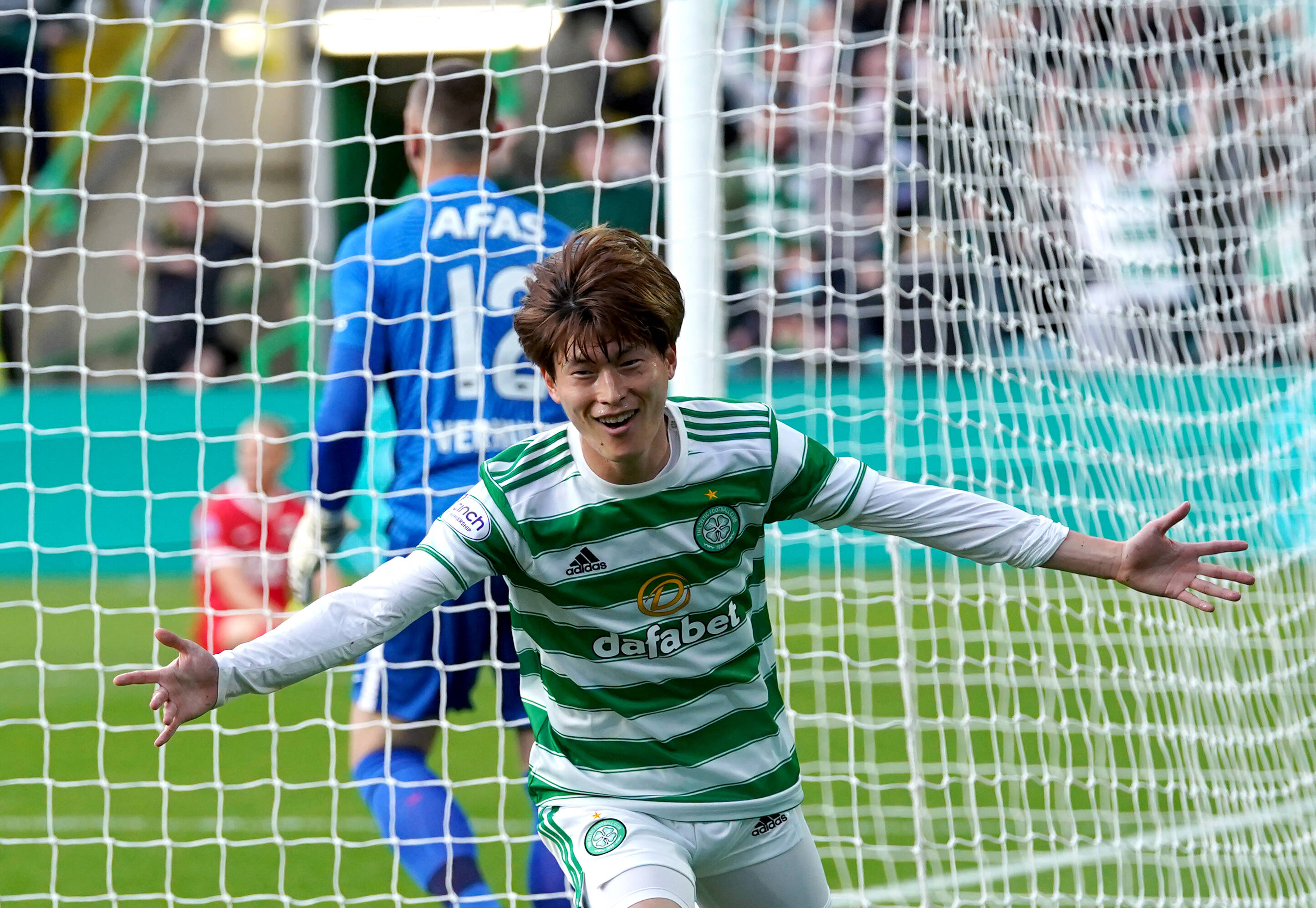 “Maeda is a different kind of player to Kyogo but you can see what he brings to the team and the Rangers central defensive
partnership won’t fancy having him breathing down their necks for 90 minutes.

“Elsewhere you’d think Tom Rogic will be given the chance to torment (the)Rangers further and the only other question would be if Liel Abada comes back in from the start after being given a bit of a break.

“No matter what, Celtic have the attacking options to trouble (the)Rangers again”.

With theRangers having to play 120 minutes last night at Ibrox against Braga, no matter who starts at Hampden I imagine Ange Postecoglou will be demanding that his players set a high intensity from the start as the vast majority of theRangers players may still be feeling yesterday’s endeavours in their legs.

Their players must be dreading having to face the likes of Maeda so soon after such an exhausting midweek encounter. Let’s put their powers of recovery to the test Celtic.

David Potter’s latest Celtic book is a biography Willie Fernie and is out on 6 May 2022, with pre-orders now being purchased from the link below…