You are at:Home»Latest»Morelos LOSES Red Card Appeal and is OUT for 3 games including Scottish Cup tie

The Rangers madman Alfredo Morelos has this evening LOST his appeal against the red card he received at Pittodrie on Wednesday night for stamping on Scott McKenna’s privates. And the Colombian striker has now had his ban increased to THREE matches starting tomorrow.

The Ibrox hard-man will miss the Scottish Cup tie away to Kilmarnock at Rugby Park tomorrow evening and his suspension mirrors the situation at the Betfred Cup semi-final against Aberdeen when Gerrard’s side played at Hampden without a recognised striker. 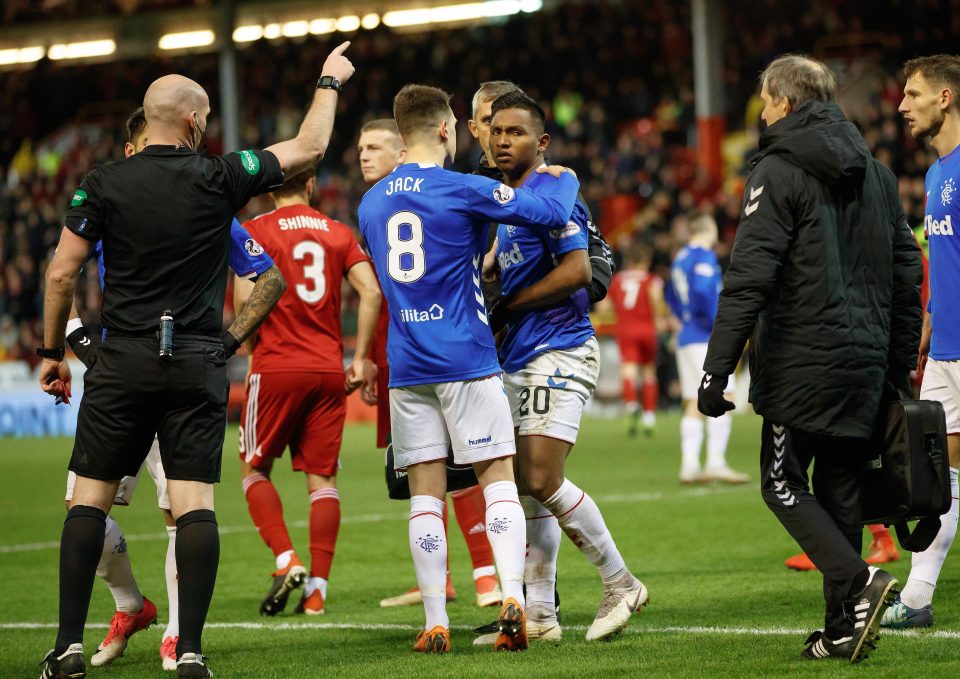 And it was a goal from Lewis Ferguson – who was viciously attacked by the other Ibrox thug Allan McGregor on Wednesday night – that made the difference that afternoon at Hampden.

Today both of the Ibrox villains got their comeuppance – Morelos is out immediately and McGregor will moss two league matches.

Morelos escaped punishment after his antics on 29 December when he assaulted 3 Celtic players – one twice – but despite referee John Beaton seeing everything, he saw zero reason to issue any punishment to the molesting forward, who has drawn a blank against Celtic in every singe occasion he has played us.