You are at:Home»Latest»Morelos Throat Slitting Gesture – ‘The SFA will have to deal with it accordingly,’ Celtic boss

CELTIC Manager Neil Lennon has been speaking to Celtic TV over in Dubai as they reach the half-way stage at the winter training camp.

“The sessions have been very intense. I want more aggression in the training now. They’re more prolonged so you can get more technical and physical work done,” Lenny said. You can watch the interview below.

🎙️ “The sessions have been very intense. I want more aggression in the training now. They’re more prolonged so you can get more technical and physical work done.”@CelticTV‘s exclusive interview with Neil Lennon at our mid-season training camp in the UAE. #BhoysInDubai🇦🇪 pic.twitter.com/fCsxI6YfUf

Meanwhile Neil Lennon has been asked about the ‘alleged’ racist comments directed at Morelos and the disgraceful Colombian’s ‘ALLEDGED’ throat slitting gestures as he threatened to murder Celtic Supporters in his interview with Sky Sports. Is death by throat slitting better or worse than having Ryan Kent blow you brains out with his loaded pistol. Matters that the Scottish FA will have to contemplate and no laughing at the back. 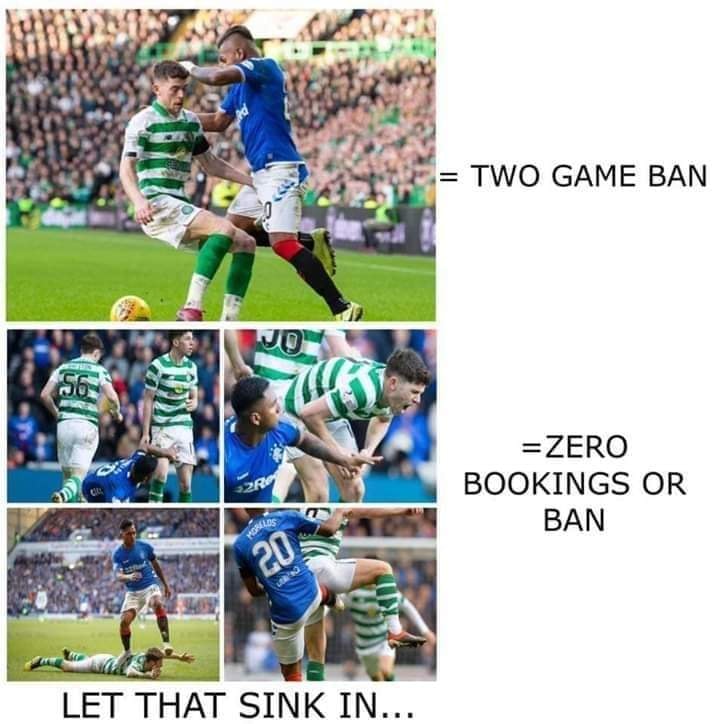 Did you notice that both incidents involving Morelos are reported as ALLEGED despite there being zero evidence for the fake news claim in contrast to the television and photographic evidence on the other. “The SFA will have to deal with it accordingly,” Lenny said, you can watch that video below.

👀”The SFA will have to deal with it accordingly”

Neil Lennon on the alleged racist abuse directed to Alfredo Morelos and the strikers’ gesture to Celtic fans after Rangers 2-1 win last month.

Titled ‘Club stands up for supporters falsely accused of racism by Scottish media’ it’s well worth a read. We sent the link to this article to Celtic and the club’s SLO John Paul Taylor responded, saying “Can’t say anything on recent allegations until investigations on complaints received are concluded, I totally get the frustration but we have complaints that need to be followed up.”

The only problem with Celtic’s approach is as we all expect the outcome is that there is zero evidence to back up any racist abuse directed at Morelos from the Celtic support, only a tiny percentage of those who read the FAKE NEWS story that was reported around the work, will get to read the truth.