You are at:Home»Latest»Motherwell aim to ‘expose certain weaknesses’ at Celtic Park

It’s become a must win game for the Champions after their latest bout of travel sickness at Easter Road on Sunday saw them slip down to third in the Premiership with both Kilmarnock and the Rangers getting wins to leapfrog the Bhoys.

Now Stephen Robinson, whose side got a draw against Celtic in the recent encounter at Fir Park, reckons his side is in with a chance of grabbing the points at Celtic Park. 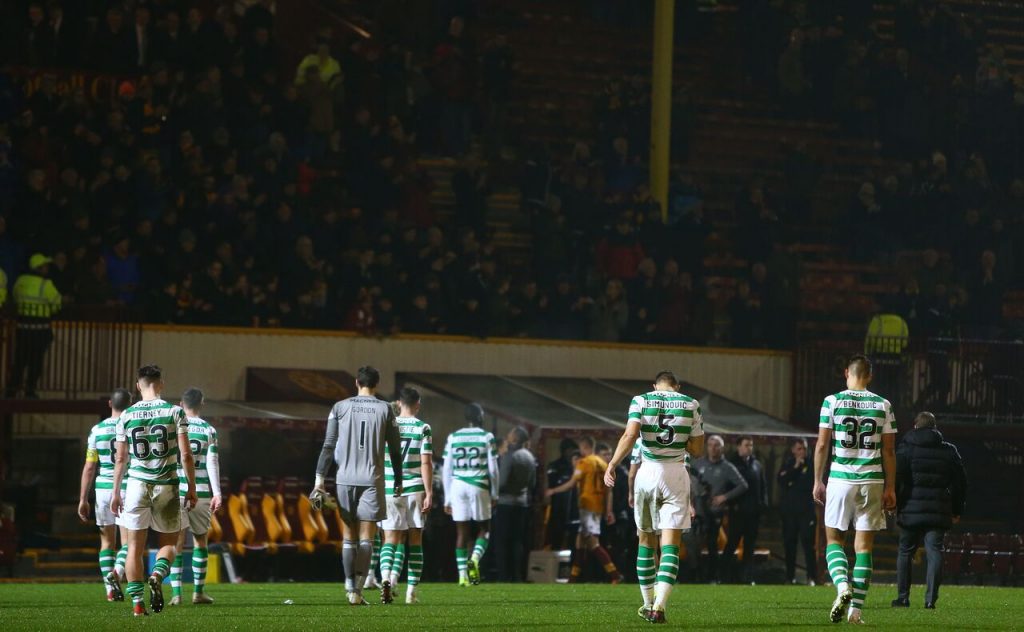 “You have to be careful and show a large amount of respect to Celtic,” the Motherwell boss said to the media.

“Winning the treble and getting into the last 32 of Europe, that’s an incredible achievement.

“We have total respect for Celtic but have a belief that there are chinks in the armour, you can take the game to them at times and expose certain weaknesses.”

Motherwell got a win themselves at the weekend, away to the in-form St Johnstone and that has seen confidence soar as the Steelmen have started to see their form pick up after a very tricky start to the season.

“Over the last six weeks I think we’ve been back to what we are again.

“That says something about the mentality at the football club, they will dig in, take their knocks and bounce back again.

“We have to get to January and maybe freshen things up with one or two new faces.

“We got to a quarter-final in the first half of the season and, who knows, we can try and kick on again in the second half.”

If Robinson can take something from Celtic Park tomorrow it would be a massive blow to the Champions title aspirations.

Celtic have a 100% domestic record at home to protect and Brendan Rodgers will be looking for 6 points in the two home games this side of Christmas – against Motherwell tomorrow and Dundee on Saturday.

Then it’s the two biggest games of the season so far – away to Aberdeen on Boxing Day and the Rangers on 29 December. These are going to be very significant encounters and Celtic have been boosted by the news that many of the injured players including Boyata, Christie, Tierney and Lustig will be available for these games – see HERE.

Previous ArticleThe sectarian ‘No Surrender’ – “Sails very close to calling the actual club (Rangers) sectarian”
Next Article ‘Let’s get back to winning ways’ says star man – is this the Celtic team to beat Motherwell?