You are at:Home»Latest»Moussa won’t come back to haunt Ibrox following muscle injury

He has had a history of scoring against theRangers in the past, but Thursday will not be the time for Moussa Dembele to return to his old city and put a couple in the onion bag against Steven Gerrard’s men if reports are to be believed.

Dembele, 25, became a cult hero amongst Celtic fans after scoring seven goals against theRangers in just nine games – providing the tag of ‘Dembelition Derby’ as he scored a hat-trick in a 5-1 rout in 2016.

Having left for Lyon in 2018, it became highly unlikely that Dembele would play theRangers again given Lyon’s exploits in the Champions League – which culminated in a semi-final last season.

But, with the Groupama Stadium-based club finishing fourth last season – thus earning direct qualification to the Europa League group stage – and theRangers also qualifying for the groups, the pair have been drawn together in Group A. 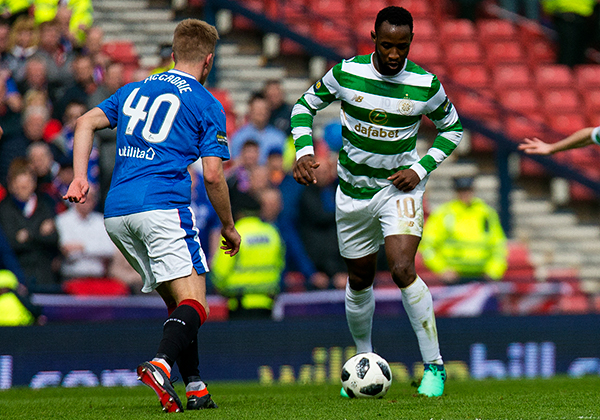 Rumours sparked about Dembele’s potential involvement in a tie against the team he used to be proficient against – especially with a more prominent role due to Memphis Depay’s Barcelona departure.

But, with his newfound muscle injury, the Parisian won’t be taking part in the game in Glasgow on what would be his first return since he left Celtic Park 37 months ago – and it will upset Lyon boss Peter Bosz who has had his striker in brilliant form with four goals in three matches.

There is still a high probability that Dembele will face theRangers this season – the return fixture in the last game of the group stage is on December 9, meaning the Frenchman will have plenty of time to recover and find his form before letting loose at the Parc Olympique.