Wednesday 24 March 2010, a date that will send a shiver down all Celtic supporters spines. Tony Mowbray sends his team out for what would be the final time as manager, to play St. Mirren in Paisley.

What happens next is one of the worst Premier League results ever dished out by a side other than the old Rangers, final score St.Mirren 4-0 Celtic. A truly humiliating evening, bringing to an end the time of Tony Mowbray in the dugout. The former Hibs manager had been sought out by the Celtic board the previous summer, with protracted negotiations and a fee rumoured to be around £2 million paid to West Brom for his services.

It all ended in failure, but he remains the only the second Celtic manager to be sacked by the club this century, the other one being John Barnes after the Inverness fiasco. (Ronny Deila handed in his notice in 2016). 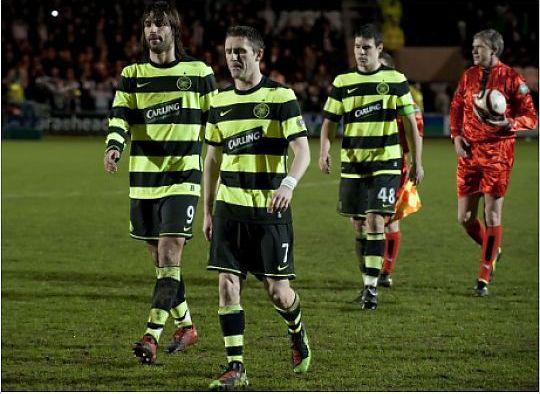 Neil Lennon has overseen a run of just two wins in 12 games and is under just as much pressure as Mowbray was back in 2010. Let us take a look at the final 12 results under Mowbray regime:

12 games, 7 wins, 1 draw, 4 defeats. Compare that to the current run of form, it is practically title winning.

It begs the question – what is Lawwell thinking?