You are at:Home»Latest»“Mr. Doncaster, you have a problem,” Communication from the Central California Coast…

A Letter from America….

Blogger’s note: I wrote this letter on Sunday, put it down before going to sleep, and picked it up again yesterday morning. After making a few changes, I printed it out and put it in the mail — great timing since my letter carrier arrived at the same time I was heading to the post office — and depending on how our damaged United States Postal Service (led by a Trump appointee) handles the letter, it may make it to Scotland sometime within the two or three weeks. However, here is the letter, verbatim… 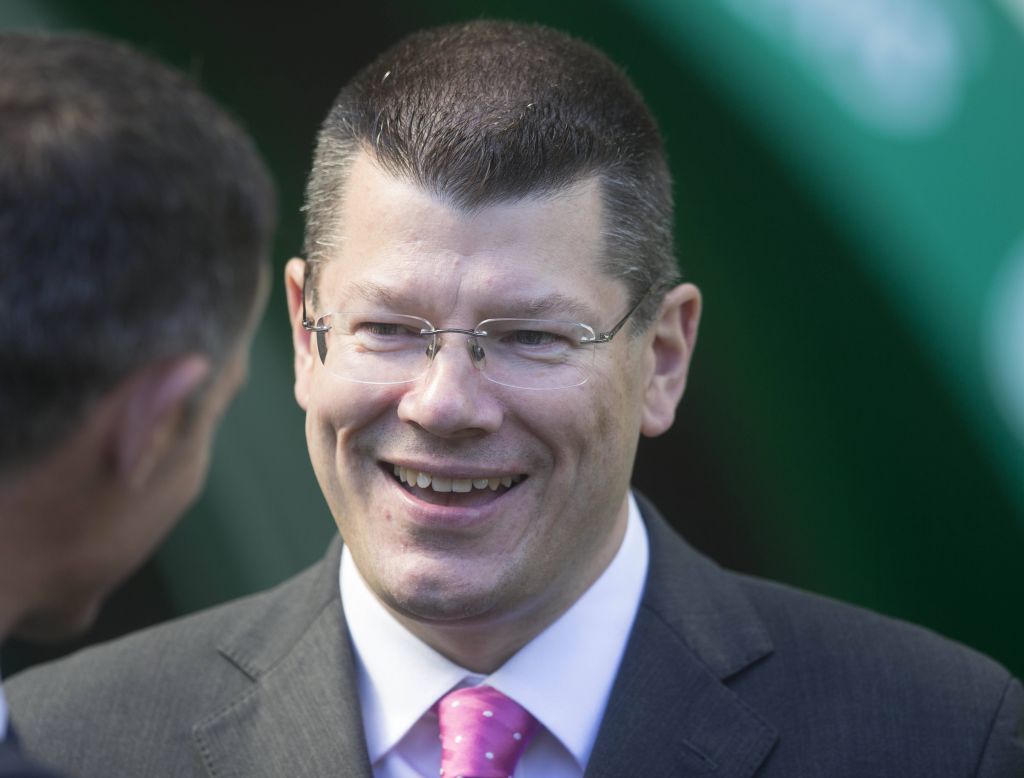 As a matter of introduction, my name is Larry Cafiero, and I am a football fan in the United States who has followed the Scottish Professional Football League since 2017 in my capacity as a supporter of one of its member clubs, Celtic FC. Insofar as my experience as a fan may be limited compared to others who may have followed the football in your league for much longer, allow me nonetheless to point out a situation that needs your immediate attention.

Mr. Doncaster, you have a problem. While it’s true that we all have problems, yours affects tens of thousands, perhaps hundreds of thousands or even millions, of football fans worldwide. It’s a phenomenally huge problem that, if not addressed immediately, is certain to hemorrhage football fans outside Scotland – and possibly within Scotland as well – from following your league.

No doubt you already know this: You cannot allow the inept level of officiating to continue in the SPFL. For the sake of argument, I will merely refer to the level of skewed officiating as inept; however many, both in Scotland and elsewhere, have made a very strong and compelling case for the officiating at Scotland’s highest level to be not so much inept as much as it is corrupt.

Of course, ineptitude can include corruption, but you cannot be corrupt and inept at the same time, at least not successfully. But I digress.

It was the great Jock Stein who said, “If you’re good enough, the referee doesn’t matter.” However, contextually speaking – and this is how I, and others, interpret this quote – Stein was referring to officiating that is fair and objective in its execution. It’s beyond crystal clear that you don’t have that in the SPFL this season, and for all intents and purposes, you didn’t have it last season either.

The latest in the sky-high pile of “honest mistakes” was the red card on Hibernian’s Ryan Porteous on Sunday. Putting aside the fact that the challenge successfully separated the ball from the player in question, it bears noting that Ryan Porteous has only received two red cards in his SPFL career, both received from the same official, Nick Walsh, and both received in games where Hibernian played Rangers (source: Transfermrkt.com).

This is just the tip of the iceberg. Can you, in all honesty, tell me with a straight face that this is a coincidence, one of hundreds this season and last? Would you really try to convince me, and thousands of other football fans, that this, and so many other calls made and not made, are really just “honest mistakes”?

To list all the “honest mistakes” in Rangers’ favour this season and last would make this letter the size of the Oxford English Dictionary, so I’ll spare you. You’re welcome. But in the meantime, this situation has reached a tipping point where your league has lost most, possibly all, its officiating credibility. Needless to say, this does not reflect well on the SPFL, and its effect on casting Scottish football in a negative light spills over Scotland’s borders.

In other words, it’s not a local problem for the SPFL. It’s global.

Here’s my perspective, from 5,000 miles away: I have a larger than normal group of football-loving friends here in the United States with whom I converse, many on a daily basis, and the general consensus here on Scottish football is this: It’s corrupt, and in its corruption the SPFL is relegated to a backwater status in the eyes of many of my American contemporaries watching and following football abroad.

Even recently, an acquaintance said to me in conversation about Scottish football: “It’s a joke. I’d rather watch the Allsvenskan.” And while admittedly this comes from a guy who my friends and I describe as a “Bundesliga snob” and while there is absolutely nothing wrong with Swedish football, I had nothing concrete to point to in order to counter his argument, because he is right: The SPFL, as it stands right now, cannot be taken seriously when only one club – a nine-year-old club at that – solely benefits from what appears on the surface to be a skewed officiating policy that consistently, and without fail, rules in their favour.

The choice is yours: As the league’s chief executive, you can fix this and make Scottish football respectable again. Or you can do nothing and contribute to its continued atrophy. It’s a simple choice, and I know you’re smart enough to make the right choice.

To be realistic, if I were a gambling man I would wager that this letter doesn’t make it past your secretary. Or your secretary’s secretary, for that matter. Regardless, while I don’t have the answers, I do have what I think may be the start of one.

Let me suggest this: You may want to try employing FIFA/UEFA officials from outside Scotland to officiate SPFL games. See if that works in the way of restoring objectivity and, in the process, credibility.

It goes without saying, but it bears repeating, that this credibility would foster respect, returning Scottish football to the status it once held — and a status it deserves — as one of Europe’s best; a justified respect for the Scottish game in both Scotland and beyond.

Football fans of every SPFL club deserve the best football officiating the league can provide. Of course, that can be said for any league in any country. That’s not happening right now at Scotland’s top level.

But it can be.

Mooymania – It’s down to our manager’s judgement rather than good fortune
Mooymania: “He’s been fantastic since he came to the club,” Callum McGregor
It’s Mooymania on the Unique Angle – “Aaron, Aaron Mooy…Aaron, Aaron Mooy”
Previous ArticleThe Day Jota’s Mum and Dad discovered what it means to be Celtic
Next Article Proud Celtic Dad on Bhoy’s Hoops Breakthrough