Wednesday, 16 September 1970 marked another huge step on my rite of passage as a Celtic supporter, my Dad agreeing to take his 9-year-old son to his first European match, a real treat. It would turn out to be a game memorable for many reasons outwith my own little world.

Five months earlier, on Wednesday, 6 May 1970, I had rushed home from playing football with pals in Cowlairs Park, near my Springburn home, to watch my beloved Hoops winning their second European Cup. It was not even up for debate.

Celtic had survived a coin toss to defeat Eusebio’s Benfica, beaten finalists two years earlier, having lost a three-goal lead in the dying seconds, before destroying Italian champions Fiorentina by the same margin in front of the largest crowd ever to watch a European tie at Celtic Park. A single-goal defeat in the beautiful city of Florence then set up a second Battle of Britain for Stein’s Bhoys in five years. 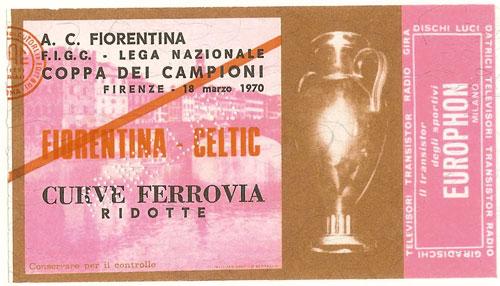 The previous occasion had seen a late goal from Bobby Lennox controversially ruled out at Anfield in April 1966, denying Celts the opportunity to play Borussia Dortmund in the European Cup-Winners’ Cup Final at Hampden. Can you even begin to imagine what sort of atmosphere that game would have created?

This time around there would be no danger of a repeat, Don Revie’s fabulous Leeds United side comprehensively beaten home and away as the Super Celts zoomed in on a second major continental triumph, after so many near misses. 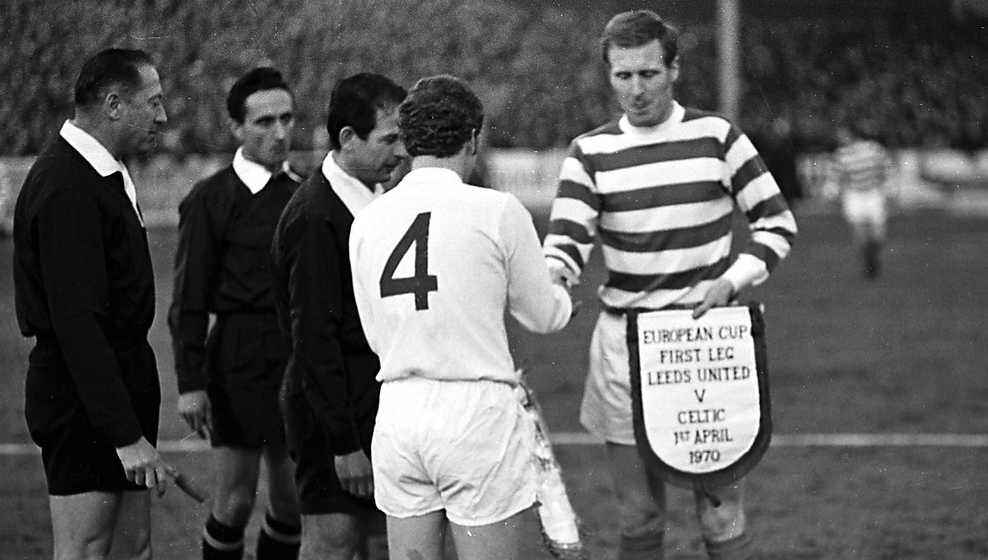 But the Milan final had not quite gone to script, the Dutch champions, Feyenoord, perhaps underestimated, despite eliminating holders, AC Milan, and certainly worth their 2-1 win, following Tommy Gemmell’s early opener, courtesy of the best decoy run ever by the Italian referee, Concetto Lo Bello. My abiding memory of that horrible night is of the constant klaxon horns from the huge Dutch support and the sight of the colossus Cesar falling backwards to catch the ball, just moments before Ove Kindvall lobbed the winner over Evan Williams in the dying seconds of extra-time.

Celtic fans would have reason to thank the big Swedish striker almost three decades later, as the man responsible for bringing his countryman Henrik Larsson to the Netherlands and Rotterdam, from where Wim Jansen, a colleague of Kindvall’s in the San Siro that evening, would spring him to become a Parkhead legend from July 1997. 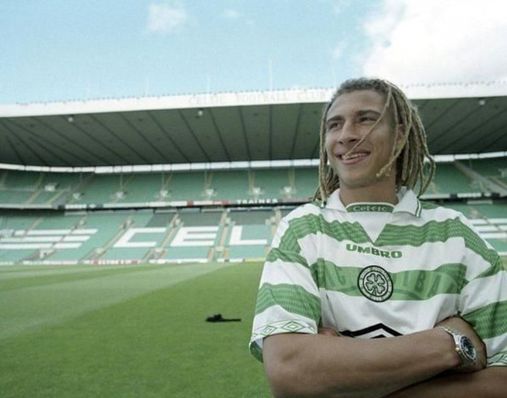 The sixteenth season of the European Cup saw the omission of Real Madrid for the first time, the six-time winners beaten to the 1969/70 Spanish title by neighbours Atletico. It also marked the end of the dreaded coin toss to resolve matches, full tournament use of the away goals rule and the introduction of a penalty shootout being the ultimately-decisive options where the sides had finished level on goals scored after two legs.

A fifth successive Scottish title claimed at Tynecastle in March 1970, my first visit to Edinburgh seeing me in the packed enclosure in front of the main stand as Jim Cruikshank saved a spot kick from Big Tam, enabled Celtic to embark on yet another mission to secure a second European Cup. Our first-round opponents were KPV Kokkola, with the home leg played first on this day in 1970. None of your eight qualifying ties in eight weeks in those days, thankfully.

KPV had won the Finnish title in the winter of 1969, their first-ever major honour, to qualify.

Jock Stein had continued the introduction of his Quality Street Kids following the defeat in Milan, at the beginning of a season where the first batch of outfield Lions would move on.

The 20-year-old full-back Danny McGrain had made his debut in a League Cup tie at Tannadice, as a second-half substitute for Harry Hood, joining David Hay, George Connelly and Lou Macari on the Tayside pitch. He kept his place as the flag was unfurled against Morton three days later, the Greenock side captained by Hoops legend Bobby Collins and featuring a young Joe Jordan from the bench.

McGrain was exceptional, as he would be so often in the years to come, and I suspect it was no coincidence that his main rival for the role, John Gorman, would be on his way to Carlisle United within a fortnight. Danny was again a standout in his first experience of the fixture against Rangers, on Saturday, 12 September 1970, marking Ibrox winger, Willie Johnston, out of the game, as Celts won 2-0 thanks to goals from John Hughes and Bobby Murdoch either side of the interval, Jim Brogan having missed an early penalty for the Hoops. 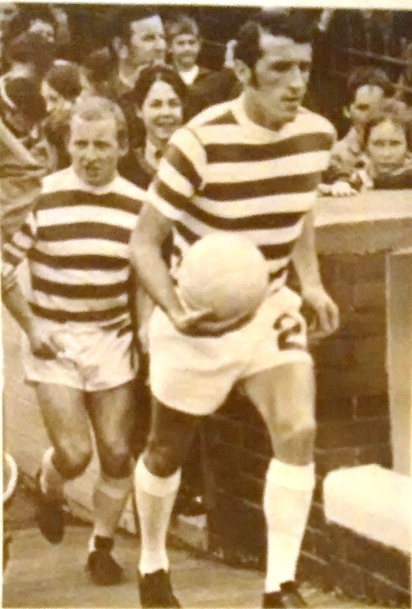 Four days later, Jock named an unchanged starting eleven for the visit of Kokkola, youngsters Paul Wilson and Vic Davidson on the bench. Celts emerged from the tunnel in a new all-yellow kit, the Finns resplendent in a dark green outfit with two white stripes down one side and a giant letter ‘K’ on the other.

The 41,000 crowd saw the tie last less than one minute, by which time Harry Hood had put Celtic ahead. Goals from John Hughes and Billy McNeill made it 3-0 by the twentieth minute and it was six before the interval, Hood completing his hat-trick then Jimmy Johnstone, who had tormented the visitors throughout, getting in on the act himself. 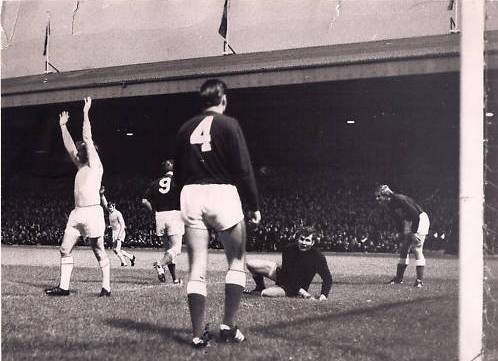 The Celtic Wiki reminded me that the KPV defenders weren’t the only ones lost at Celtic Park that night. The stadium announcer called for the parents of 7-year-old Maurice Johnston to collect their son from the Police Room. I had forgotten about that. Johnston was in the same class in St Stephen’s Primary in Sighthill as my younger sister at that time (Another future Celt, Paul McGugan, was in the year below them).

Johnston would later play in the same St Roch’s Boys Guild side as myself a couple of times up at Glenconner. He was an excellent striker to be fair, albeit he would severely burn his bridges with most Celtic fans, fourteen years or so later. 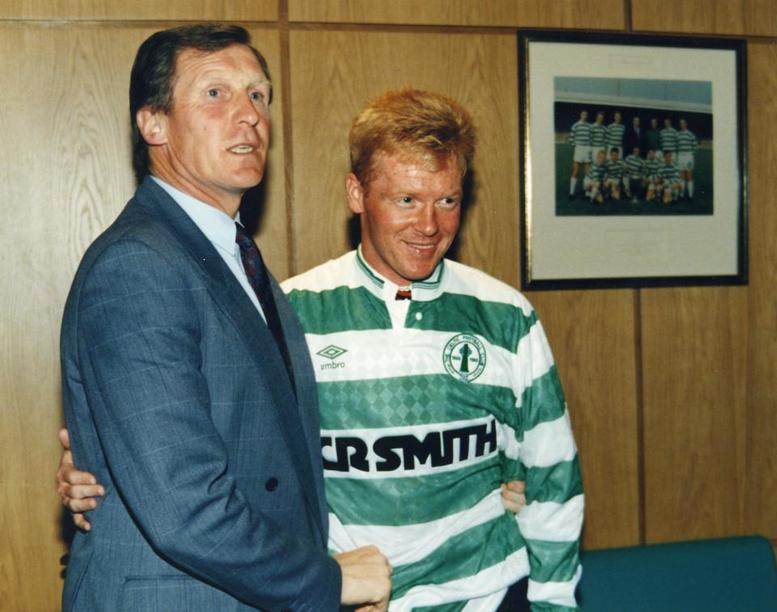 If the Kokkola manager heaved a sigh of relief as the two youngsters replaced Hay and Hood, that would be short-lived. Bangalore-born Wilson was making his competitive debut, marking it with a goal within ten minutes. Local-Bhoy Davidson had featured in the first-team before, his first appearance coming in a 3-2 win at Love Street in April 1970, co-incidentally, my first visit there.

On the hour mark, he grabbed his goal, the tit-for-tat continuing as Paul scored a second with twenty minutes remaining to make it 9-0. Not a bad first impression. As the fans chanted for ten, the Hoops eased up, job done.

Celtic’s record score in European contest to this day. pic.twitter.com/MY2oIpRPUh

Two weeks later, the tie was concluded with a 5-0 win in Kokkola, on Jimmy Johnstone’s 26th birthday. The little winger had travelled to Finland but was deemed unfit to play, much to the disappointment of the 5,000 local supporters. 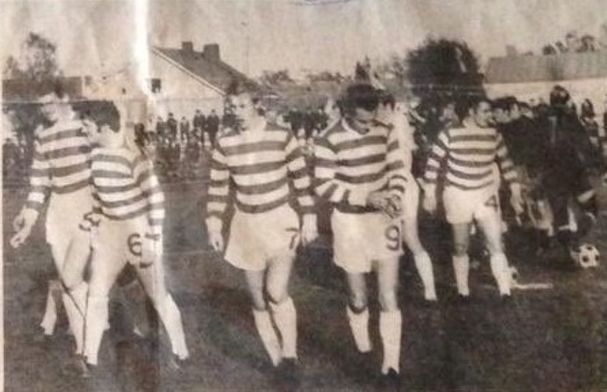 Vic Davidson retained his place for the match, which saw the return of Stevie Chalmers after a twelve-month absence through injury and a rare start for Davie Cattenach. Both Stevie and Davie were in their final seasons at Parkhead, whilst second-half substitutes Danny McGrain and Kenny Dalglish were working hard to make their way in the game.

A Willie Wallace brace and a Tommy Callaghan rocket had Celts 3-0 ahead before Davidson notched his second goal of the tie. Bobby Lennox completed the rout with twenty minutes remaining, a 14-0 aggregate score a true reflection of Celtic’s superiority.

Celtic’s conquerors from Milan, Feyenoord, fared rather less well on the night. The new World Club champions had been drawn against Romanian title-holders, UTA Arad, a Wim Jansen equaliser in the De Kuip insufficient as the holders drew a blank in Arad to exit at the first hurdle on away goals.

Elsewhere, star-studded Germans, Borussia Monchengladbach, went two better than Celtic, beating Cypriot champions EPA Larnaca 10-0 and 6-0 for an incredible 16-goal triumph. They would face – and defeat – Everton in the next round.

Italian World Cup idol, Luigi Riva, a huge favourite of my brother, inspired his Cagliari side to victory over French title-holders Saint Etienne, whilst Waterford United won the all-Ireland tussle with Glentoran. The Blues from the south-east of the island would be next up to face Stein’s Celtic machine.

Credit to the Celtic Wiki on Kerrydale Street, as always, a source of invaluable reference information.