You are at:Home»Latest»‘My injury has cleared up and I’m ready for Celtic and Scotland,’ Griffiths

LEIGH GRIFFITHS is champing at the bit to get back to playing regularly for both Celtic and indeed Scotland. The striker dropped out of both squads just after Celtic’s quarter final Betfred Cup win away to St Johnstone and returned against Hamilton last weekend, where he scored with his first touch of the ball after coming off the bench.

His action on the pitch at Hampden on Sunday was restricted to the symbolic wrapping of The Celtic scarf around the goal-posts which was shocking behaviour and no doubt caused Aberdeen fans to riot and assault they own disabled fans.

But with the news breaking that Dedryck Boyata is out for several weeks with a hamstring strain – see HERE – there is no doubt that the quality that was sitting on The Celtic bench at the weekend, supplemented by the players who sat in the stand watching the game, will be needed over the next few weeks.

Jozo Simunovic has spoken about his own wish to get himself re-established in The Celtic side alongside his fellow Craotian Filip Benkovic – see HERE – and Griffiths will be thinking similar thoughts. 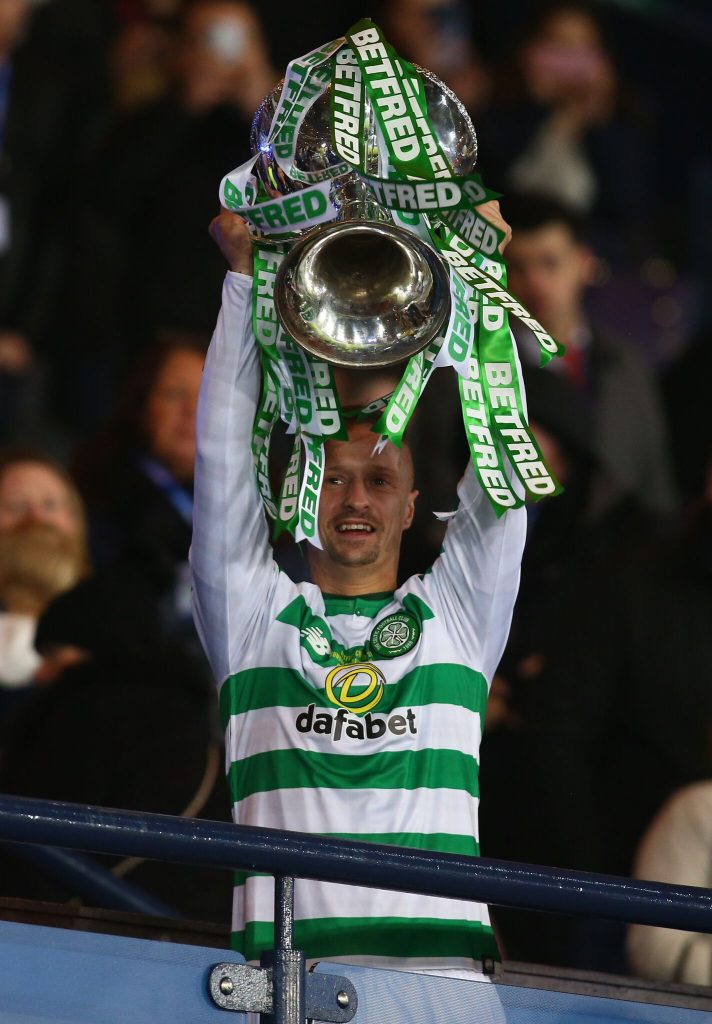 “My injury has cleared up and I’m ready to kick on,” The Celtic Number 9 said today.

“You always want to be involved. When you’re injured, you don’t like being away from the team, especially if they’re having success and you want to be a part of it,” Griffiths continued.

“We’ve got a lot of games this month. If I can stay injury free, hopefully I can get back to scoring for club and country.

“I just need to be ready when I’m called upon – Making an impact like I did against Hamilton.”

The mention of Scotland was interesting given that the international games have ended for this year but Griffiths is determined to win back the striker’s jersey for his country as soon as possible.

The drama surrounding his supposed fall out with Scotland manager Alex McLeish is a well known story. Griff gave an update on it all today. 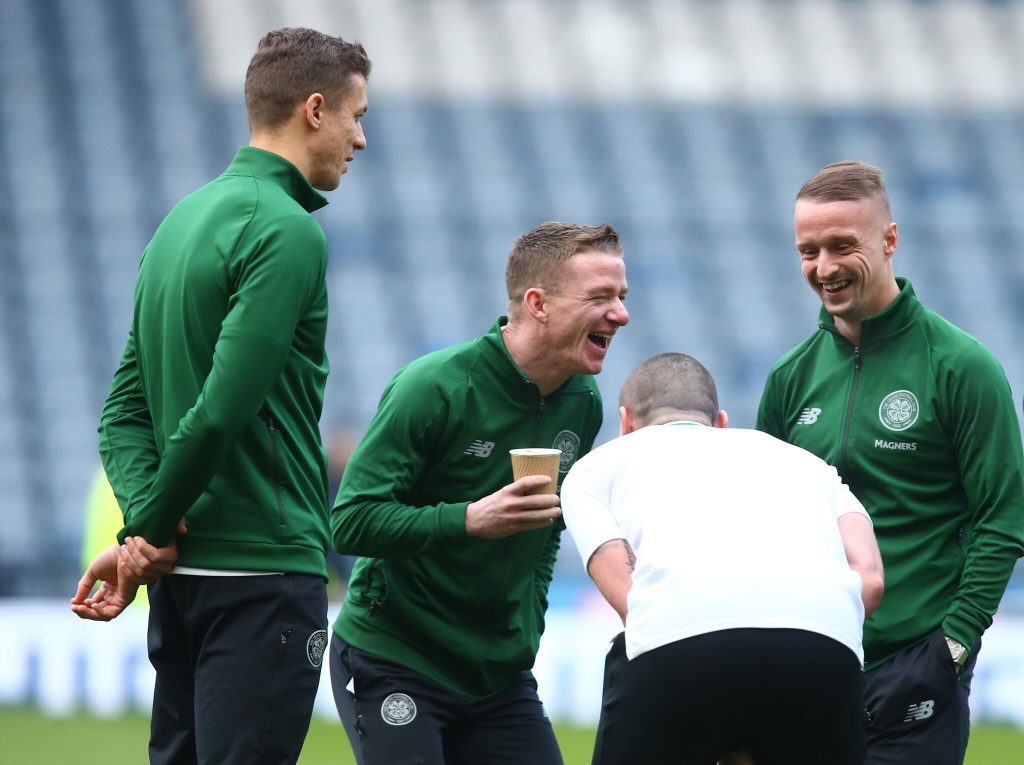 “There’s no animosity between me and Mr McLeish at all. I hope I’m still in his plans. I’ve said time and time again that there’s no bigger honour in football than representing your country and I still feel the same.”

“Everything’s fine. Me and Mr McLeish had a chat. I vented my personal opinion of what I wanted to do and he accepted that. There was no animosity, no anger between either of us. I text him after they won the last two games to get into the play-off and he replied quickly.

“I wanted to concentrate on being fit and then obviously got a niggling injury which stopped my rehab. But, looking forward, I’m more than happy to go back into the Scotland squad if I’m selected.

“I was looking at the draw for the Euro 2020 qualifiers. A good group for that and hopefully I’m involved. That all comes from playing well at Celtic and being involved and getting game time here.”

The BBC have posted the schedule for next year’s Scotland qualifiers for the Euros – see below. 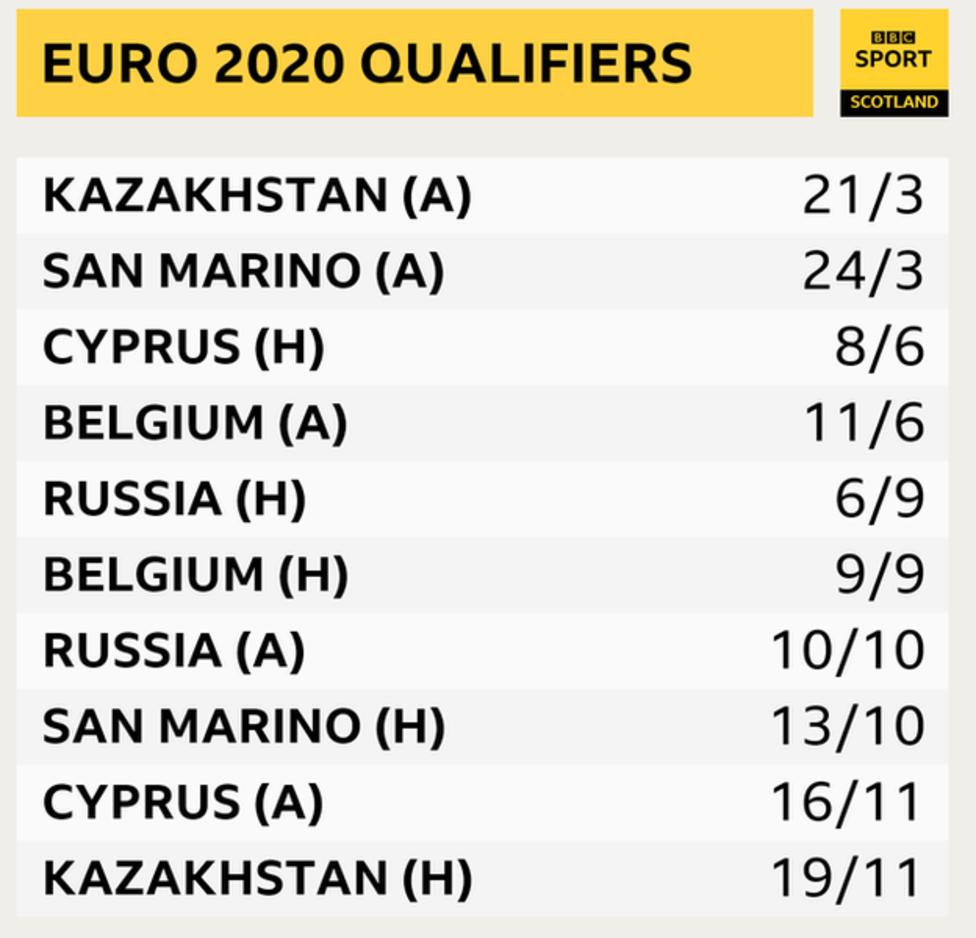