You are at:Home»Latest»“My job is to keep clean sheets,” Barkas on his most impressive Celtic performance so far

Just before the kick-off on Saturday afternoon we mentioned Vasilis Barkas and asked Celtic’s £4.5m summer signing from AEK Athens to make the support forget all about Fraser Forster. The Englishman last week discovered that his decision to opt to stay at Southampton and fight for his place rather than head back to Celtic where he was clearly wanted, had backfired.

And we pointed out that last season we had Forster as our first pick keeper with Craig Gordon as back-up and Scott Bain as third choice. In this the most important domestic season of all time Celtic are probably weaker in this key position with Barkas and Bain as the two main keepers.

However the Greek international responded immediately and turned in his most impressive performance to date For Celtic. Fair play to Ross County incidentally for giving Barkas the opportunity to impress with some inventive play that meant that the Celtic keeper was busier than usual in a Scottish Premiership match. In what was a competitive game the Celtic keeper earned his clean sheet and five different outfield players – three strikers and two central defenders – all found the back of the net. That left the Ross County manager Stuart Kettlewell complaining that it was not a “battering” and that the scoreline didn’t reflect the way the game panned out. He somewhat missed the point though. Celtic were ruthless and one end and resolute at the other and that from a Celtic perspective is tantalising to say the least.

‘This was not a battering…’

Ross County manager Stuart Kettlewell says despite losing 5-0 to Celtic, his side were “the dominant team” in the first half. https://t.co/N1ztuzSjhF pic.twitter.com/XFuPZGyU8I

Barkas was clearly happy with the way things had gone on Saturday in Dingwall. Speaking to the media afterwards he opened up on his early experience of playing in Scotland and pointed out differences from playing football in Greece.

“We’re going to become better the more we find ourselves on the field and get used to each other. We need to have some time because we are eleven different people who started. Maybe some of the other players who were involved have played together in the past but not all of us at the same time.

“All of my team-mates are very good players and I am very happy for this because when you go into a big club, you like to see big players with big talent,” Barkas said, as reported by Daily Record. “At the same time, they all work so hard in training each day and you can then see that in the games. We are waiting to have  a lot of wins and to take the  championship again.”

On his outstanding display against the Highlanders, Barkas delivered exactly what we asked for. “I always feel good when I do my job. My job is to keep clean sheets so when I manage to do that it makes me feel as though I am helping the team. 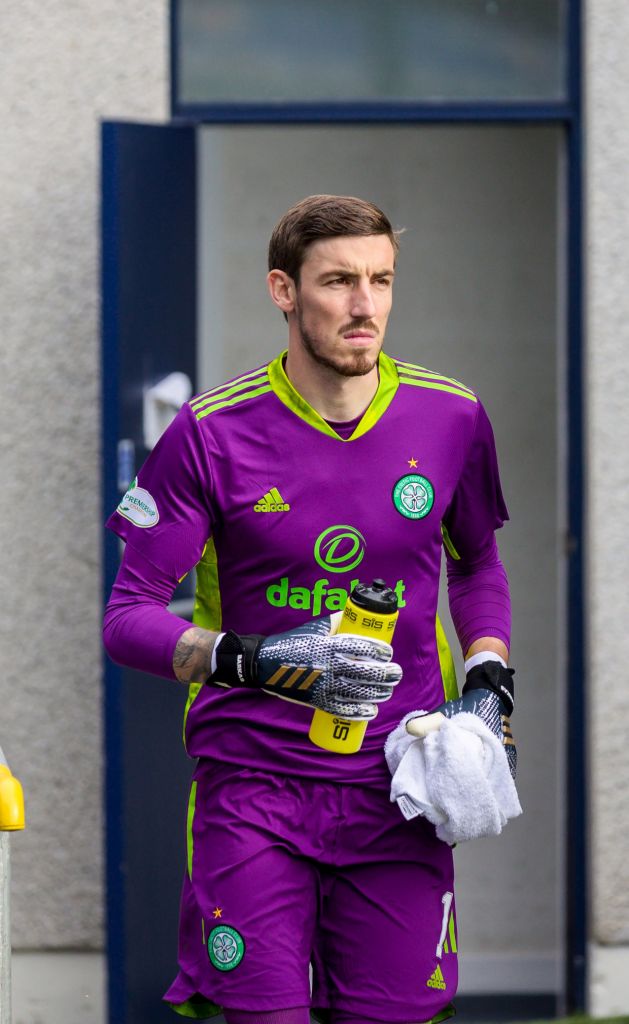 “It was not so easy for me because I was coming from another country and the football here is different. Game by game, I feel that it gets better but I’m sure I need more time to see what Scottish football wants from me.

“I tried to find what the coach and my team-mates want from me and with every game I start to feel better and better. There is more heart here amongst the players.

“Also things like a lot of the matches have rain, so the pitches are faster and that is something which you have to adjust to. These are things you start to find out, so that’s why I say that game by game I can get better because I will get more used to the different situations,” the Celtic goalie continued.

“I don’t put pressure on myself. I came from a big club in Greece and I know that Celtic is one of the biggest clubs in the world, so we want to win every game.

“That’s because I have good players in front of me but I still have to be focused all of the time and keep speaking with them. Even if I have lots to do or not lots to do, I have to keep that focus all of the time.”