You are at:Home»Latest»Neil Lennon challenges his Celtic team to reach the last 8 of the Europa League

Celtic have been very impressive in the Europa League this season. Despite losing their last group game away in Romania, they finished the group on top ahead of CFR Cluj, Lazio and Rennes. As a result they will now have the privilege of coming up against one of the teams from the easier side of the draw.

When Celtic crashed out of the UEFA Champions League qualification phase earlier this season after losing 4-3 at home to CFR Cluj, there was panic among the club’s supporters. It is safe to say that Neil Lennon’s side have done enough to ease those nerves throughout their Europa League campaign. The club go into the last 32 with momentum on their side and while there is still a long way to go, the chance of winning a quadruple will surely in the back of their minds.

Neil Lennon though will be very aware of the fact that it won’t be easy with clubs like Manchester United, Arsenal, Wolves, FC Porto, Sevilla and AS Roma still in the competition while the likes of Inter Milan and Ajax will be entering the Europa League after finishing third in their respective Champions League groups. As a result, the Celtic manager is targeting the quarter-finals first and not entertaining thoughts of winning the trophy already. 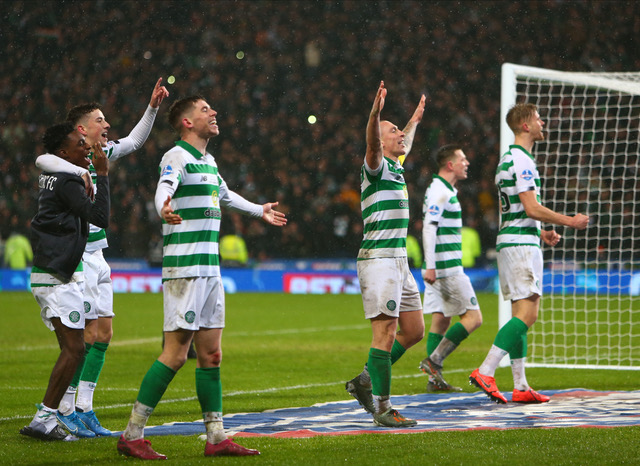 “You start to get really excited about it if you make the quarter-finals. I think that should be our first aim, to try and get to the quarters and take it from there if we can.

“I hope it’s a favourable [draw]. We want to make inroads into it if we can. We’ve had a brilliant campaign so far and we don’t want it to end. We’re excited about it, so we’ll see what Monday brings.

“I think [Dan Petrescu] was genuine. He even said to me afterwards that we have a fantastic squad, he was very complimentary. Sometimes we get credit from other areas rather than back home.

“I think the players deserve that I think they’ve been brilliant but we’re not wanting to rest on just a really good group campaign we want to forge ahead. Hopefully we will bring in reinforcements in January to add to what we already have.”

Celtic have looked very strong in the competition till now and even managed to beat Lazio both home and away. Just for perspective, Lazio just convincingly beat Cristiano Ronaldo’s Juventus in the Italian Seria A. If Celtic manage to remain injury-free from now till the end of the season, there is no reason they cannot go all the way and win it all.