You are at:Home»Latest»Neil Lennon claims that he has never seen Patryk Klimala play live

It was clear that Celtic needed to bring in a new striker in this transfer window after being let down by both Leigh Griffiths and Vakoun Issouf Bayo in the first part of the season. Griffiths has looked like a mere shell of the player that scored 40 goals in a single season back in 2015/16. While Bayo has never managed to settle in since moving to Parkhead and has scored just once in his entire Celtic career.

Thus, a new striker must have been on the top of Neil Lennon’s wish-list going into January. And the club have granted his wish by bringing in 21-year-old Polish striker, Patryk Klimala, from Jagiellonia Bialystok after activating his €4-million release clause. The youngster has scored 7 goals in 18 appearances this season and has made a name for himself in his native Poland for his pace and power. 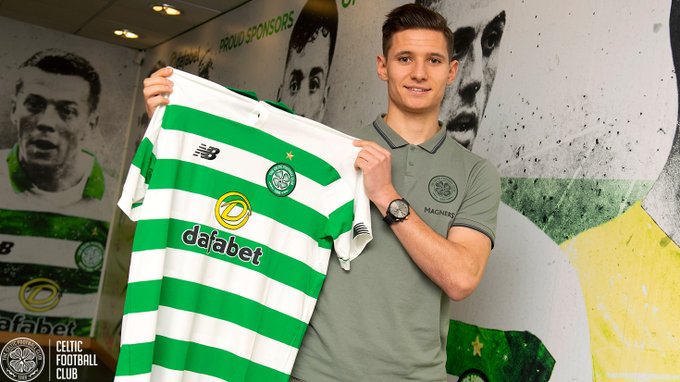 The Celtic boss though has admitted that he has never seen Klimala play live. As reported by the Scottish Sun, Lennon said:

“I haven’t had a chance to see Patryk live, but we have watched him in the last few days and he seems fine.”

Celtic fans might have the chance to get a first glimpse of their new signing when the Hoops take on Partick Thistle in the Scottish Cup. Klimala has been named in the squad and might very well make his first bow in Celtic colours on Saturday.

Previous ArticleNeil Lennon admits that he is looking to bring in one or two more players
Next Article Buffalo gals, won’t you come out tonight? Celtic’s American Blogger Larry Cafiero