You are at:Home»Latest»Neil Lennon claims trio have a ‘very good chance’ of playing in the League Cup Final

Celtic have had terrible luck with injuries this season with a number of their key stars getting hurt at some point of the season or another. But Neil Lennon’s side have received a boost heading into Sunday’s all-important League Cup Final against the Rangers with the manager claiming three of their stars who have been injured leading up to the game have a ‘very good chance’ of featuring at Hampden Park.

Both Glasgow sides have been in tremendous form this season meaning that the upcoming final between the two is expected to be a tight affair. Although Celtic walked out of Ibrox with a comfortable 2-0 win earlier in the season, Steven Gerrard will be quietly confident in his side who have not lost in a domestic competition since then. Celtic’s injury woes would have been reason for further confidence. 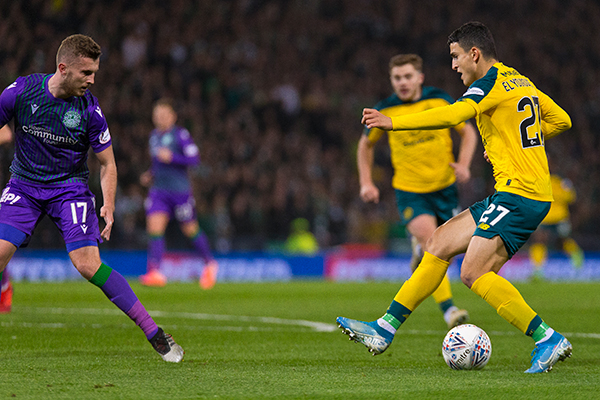 But the Hoops have been handed a huge injury boost with Neil Lennon claiming that the Jonny Hayes, Mohamed Elyounoussi and Boli Bolingoli have a ‘very good chance’ of playing in the final. While speaking with The Scottish Sun, the Celtic boss said:

“Hamilton is probably too soon for them, but they have a very good chance for Sunday. If they are not fit they won’t play. We will go with what we’ve got because we are doing alright anyway.

“It shows the strength of the squad, but I’d love to have those players back for the Hamilton game. That may not be the case, but I would be delighted if they are there on Sunday.

“It is still only Tuesday so I am sort of loathe to speak about Sunday, it is about this game first. I will have a better idea by Friday about who is fit and available for the final.”

A huge worry for Celtic though will be the continued absence of Odsonne Edouard, who has not featured in the last two games. Arguably the best player in Scotland at the moment, he could prove to be a huge miss for Neil Lennon’s side against the Rangers. In his absence, Celtic have been forced to deploy Lewis Morgan in the role of a striker. While Edouard fights against time to get back to fitness, Hatem Abd Elhamed has been confirmed to be out of the game.