You are at:Home»Latest»Neil Lennon hits back at critics of League Cup final performance

Neil Lennon probably has the hardest job in world football today. While most clubs would be delighted to have won a cup final over their rivals, almost a month on he is still here discussing the Hoops’ performance in their 1-0 win at Hampden Park to win the Scottish League Cup.

Celtic were not on top of their game at Hampden Park to be brutally honest, with the Rangers dominating most aspects of the game. Neil Lennon’s men walked out with the trophy though and that’s all that matters in finals. The Rangers might have had the lion’s share of possession and chances but an inspired Fraser Forster and a wasteful Alfredo Morelos meant that their agonizing wait for a major trophy continued. 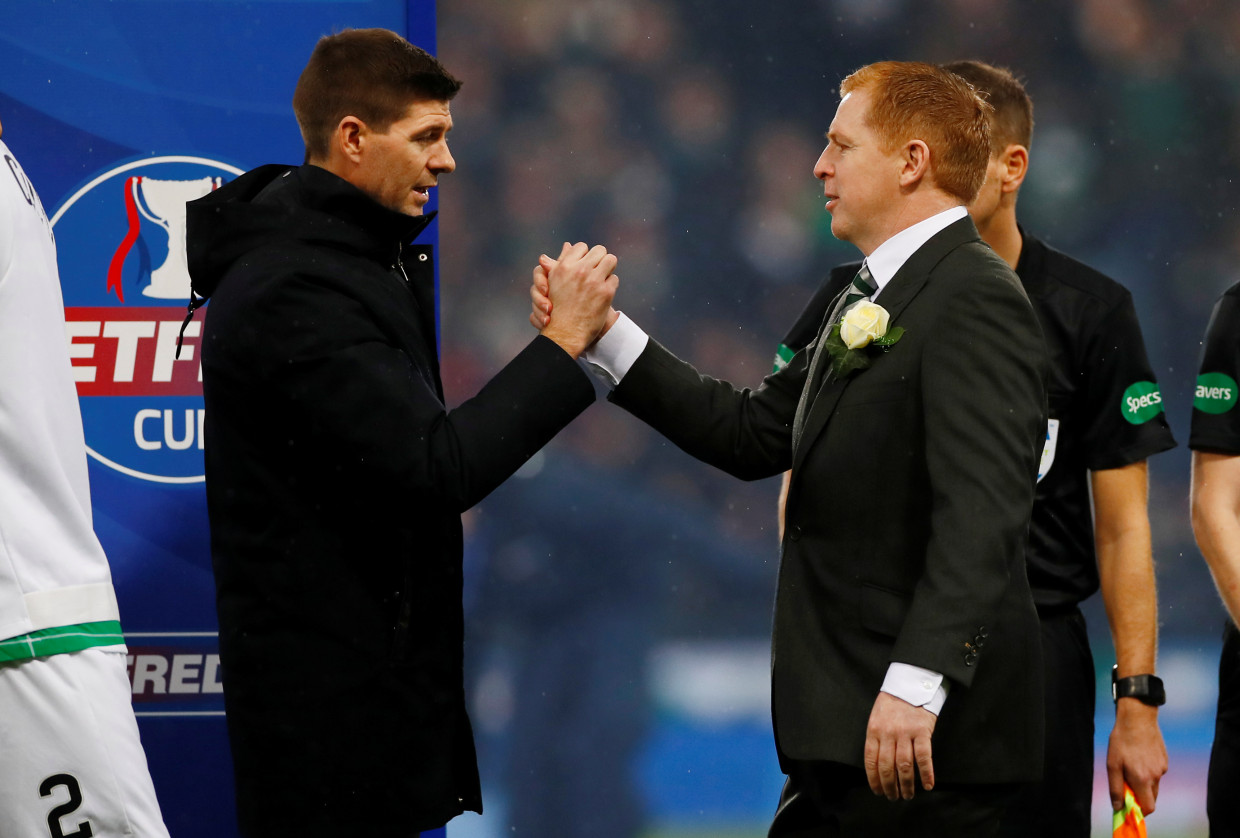 There are many critics of Celtic who believe that a similar display on Sunday would surely see Steven Gerrard’s side walk out of Parkhead with all three points. Neil Lennon though was quick to rubbish any such claims. Speaking with the Irish Times, the Celtic boss said:

“You have to remember we didn’t have a fit centre-forward, which is pretty important.

“We had Boli Bolingoli out and Greg Taylor cup-tied so we had to rejig things with Jonny Hayes [at left-back]as well and we were down to 10 men and they still came through.

“Many would feel we didn’t play our best, and that’s a fair assessment. We still won.

Celtic are currently five points ahead of the Rangers, although they have played one more game than their Glasgow rivals. But the Premiership race remains very tight and the Hoops will be looking to put daylight between the two sides with a win at Celtic Park.

Previous ArticleOpinion: Mikey Johnston must start over Olivier Ntcham vs Rangers
Next Article The Rangers, ‘They’re an absolute disgrace of a football club,’ Tom Boyd said on Celtic TV