You are at:Home»Latest»Neil Lennon makes Celtic addition as he seeks ‘another edge’

NEIL LENNON is usually asked about transfer arrivals by the media, especially when the window is still open. However, quietly in the background, the manager has made another addition to the club in the form of a sports psychologist.

The manager told Sky Sports that the club would not have any issues with using a sports psychologist to give his players ‘an additional edge’ as they look to create Scottish footballing history by winning 10IAR.

“We are always looking to find another edge. I wouldn’t just put it down to the European scenario, I’d put it down to all-encompassing, whether it be domestic or European.

“Touching back on the Ferencvaros game I felt we were very unlucky. I don’t think it was anything to do with the players’ mindset.

“We’ve equalised, we’ve hit the bar, we’ve had a goal disallowed and then we just lost concentration for a split second.

“So it was one that got away from us and you look at the this team over a period of time, mentally, they’re very, very strong and they have handled big occasions and big moments very, very well.” 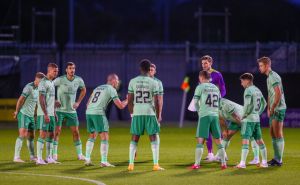 “But we’re still looking to try and improve as best we can and if that means looking at the psychological side of it, then we will.

“I spoke to Dermot, I spoke to Peter, I spoke to the board, we’ve covered all aspects from the bosses upstairs. It can be individually or it can be as a group.

The season’s start has been tricky with a draw at Kilmarnock, Bolingoli’s jaunt to Spain then the Champions League exit to Ferencvaros. Since then, Celtic have rallied and are just three points off the top spot – with a game in hand.

The Irishman hasn’t said that they have used the psychologist yet but that they will keep the option available should the mentality boost be needed.

Celtic, who found out their Europa League play-off path this afternoon, will face Livingston tomorrow at Celtic Park and a win will give Neil Lennon’s side the chance to go top of the table, until at least Sunday.